Thailand, Asean and all that jazz

Well dear readers I think it is time for another letter in relation to Asean, The Thai Education System and the fact that Thailand (in my opinion) is heading for a huge disaster upon the arrival of the Asean Community and all that it is supposed to bring to Thailand.

Can you teach science?

A simple question that led to a most unbelievable runaround

An ode to a semester in the books

One thing I will say for any aspiring teachers who are even mildly contemplating the idea of hopping over the pond to teach is this: Give it a shot! I for one am 25 years old and despite being here for seven months, am still wildly unsure of what I want to do for a career.

Is the education up to scratch in Thailand?

Major changes that will affect many teachers

Next year it's going to be a very long summer. Schools will be finishing in early March as usual but the new school year won't begin until mid-June. That's a 3-month holiday we're looking at. Great news for our students but it may be a little worrying for teachers that don't get holiday pay

Don't turn your back on the kids

Who are we there for? The school? Maybe. But I would hope that most teachers would say that they are there for the children, to offer the kids a chance to improve their English

I have many students that fail and one particular class I was supposed to teach had never turned up to a class, never took a test or exam and I failed them all. I was told that I could not fail them by the head of year and by the director of the school and that I would have to give them minimal scores.

Just because its on university grounds

There are many great schools in Thailand, with excellent administrators and wonderful staff. However, the opposite is also true. Some schools have been formed with the express intention of attracting students through apparent connections and links to universities.

What happens when teaching in Thailand all goes horribly wrong

More stories from teachers in Thailand who have found themselves in difficult situations often through no fault of their own. Can you offer them some good advice?

The story of teacher Salrich

One Filipino teacher I knew and admired so much did something great for his school. His name was Salrich. When his director told him to beautify a 90-metre long concrete school-wall, Salrich hesitated for a moment. It was a huge undertaking. 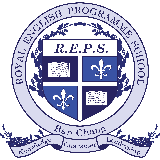