Teachers are a commodity

There are a ton of other countries that pay the same as Thailand does, many that pay double or triple too.

Get a teaching degree first!

If you follow these steps then you can land a wonderful job in one of the many international schools.

Getting a job interview - part 3

I was finally being offered teaching roles but the salary was typically around the 20,000 mark and that was just too low to consider. On the other hand, in most cases I would be the only Westerner at the school.

The problems with teaching job ads

You should actively criticize schools and the government for promoting discriminatory and racist practices that take no account of the actual abilities of potential candidates. But it doesn't disturb white people like us, does it? Why should we care about the rights of people different from ourselves if our own privileges reign supreme?

What does the future hold for education in Thailand? With the “new normal” in full swing, a “tourism reset” on the way, will there be any other meaningful changes in education, as some are hoping for?

What happens to foreign teacher contracts now that the Thai school year will run from July 1st to mid-April 2021?

Not all foreign teachers are prepared to work a few extra weeks for free, alongside already earning a relatively low professional salary without as much as a pension pending.

The future of education in Thailand

Should the serious TEFLers be preparing themselves for change?

If the population of foreign EFL teachers doesn't want to be treated as a cheap commodity by Thailand's education system, the one sure-fire way to stand a chance is first and foremost don't be a cheap commodity.

When you pay poorly you will always get either lower level candidates or high turnover. Teachers, like the rest, need money to live.

More (and better) people willing to teach would be lured to Thailand and stay longer if the conditions were changed.

I made far more as a postman!

Most government schools here are only paying about 30,000 baht a month - and they want you to have a degree! 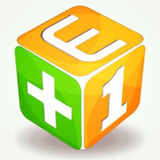 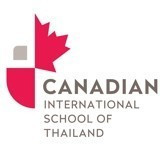