"Ok," I announce to my intermediate English class, "It's time to study grammar! YAY!"

My sarcastic enthusiasm is completely lost as I receive only awkward smiles and downright frowns from my Thai students. This odd exchange of sarcasm and non-response is repeated daily at my school. A mumbling of, "Oh, it's raining. Good, I wanted to get wet today!" is returned with a confused "Really?" Often my sarcastic remarks are completely ignored.

As an American, sarcasm runs in my blood. I toss around sarcastic comments without a second thought. My friends and I communicate with sarcasm as a mode of humour, defence and as a coping method. Even when I try to tone down my sarcasm, those rascally comments still slip from my lips!

I know that my students are vaguely aware of sarcasm but they don't quite understand it and they certainly would never use it on their own. Because many of them want to befriend foreigners, travel to western countries and study abroad, I thought that I might help introduce them to the concept. However, I soon realized that sarcasm and Thailand do not and should not mix!

My 'Introduction to Sarcasm' activity began with a matching game. I told my students to match sarcastic comments such as "What great weather!" and "I feel fantastic" to pictures of rain clouds and hospital patients. "OH!" they exclaimed, "Sarcasm is like the opposite of what is true!"

I nodded and continued to explain that sarcasm is used as a funny way to talk about something negative. For example, rather than saying, "It's raining and I don't like it," we would say, "Great weather!" I also modelled sarcastic tone compared to genuine tone. They seemed to get it!

"Yes, and you're so skinny!" remarked Beautiful Girl #2. Again, Unfortunate Girl nodded and I frowned. This was not good!

"You should be in a beauty pageant! I think that every boy wants to date you! You have beautiful clothes." The barrage of insults kept coming as Unfortunate girl kept smiling and nodding her head.

"Yes, I am the most beautiful girl in the world," Concluded Unfortunate Girl.

The group took their seats. The rest of the class, as usual, wasn't paying attention, but rather they were practicing sarcasm together. "You're definitely Man's only girlfriend!" sneered Flirty Girl. "It's none of your business!" Girlfriend hotly remarked."Your clothes are so trendy" shouted HI-So Girl at Isaan Girl. "You are so popular," Butterfly said to Lonely Boy.

I watched in horror as my formerly sweet students slung sassy comments across the room at one another. It really upset me to see my polite Thai students behave so out of character. I had to shut it down! I know that in their minds they weren't being bullying or offensive but I didn't like it.

My advice to any English teachers considering using sarcasm as a subject: DON'T DO IT! Teach a lesson about articles instead.

Thais aren't witty and you can risk making someone look stupid with sarcasm. As a face-saving culture, you don't want to offend a Thai because they don't have the social skills or psych coping skills to deal with a loss of face besides resorting to blaming or, worse, violence.

While my response sounds racist and demeaning, I'm speaking from my 11 years living in the Kingdom of Smiles. Speaking of which, do you know why it's called the Kingdom of Smiles? It's because a smile is the only extent of freedom of speech and expression allowed here, historically speaking that is. Tourists mistaken it for happiness. The Thai smile has some genius behind it, in that it allows one to express a range of emotions without physically or verbally taking action.

This is why you can teach at a school for one term, say something sarcastic and, in the short term, get smiles back, then at the end of term, get transferred to teach at another school by your agency who the teachers complained to.

Are we realy here to teach the lowest form of western so called wit, I tire of hearing westoners and particularly Americans trying to pass on thier ideas of morality and in some cases thier religion.
It seems to me our society is going down the pan at break neck speed and we are hell bent on dragging others with us.I am back in the west at the moment and am truely shocked at what is considered acceptible behaviour.

I so feel your pain with the whole sarcasm thing. I learned fairly quickly that, at least until the students get to know you, there's no point in bothering with it. If I ever do act sarcastic here (which, like you, it's hard for me NOT to), I make sure I'm WAY over-exaggerating when I say the things, and roll my eyes.

It's really like watching a Thai soap opera. HAHA

I must say, though, you're brave to give it a go! I've tried the sarcasm lesson in small private lessons, and there really isn't a Thai equivalent that I've found thus far.

There is a huge difference between irony and sarcasm. Your line about liking the rain is a good use of irony and very neutral is that nobody's could possibly be hurt.
Sarcasm generally involves more malice, thus potentially insulting.
The Far Side uses irony, but not sarcasm.
Interesting article!

Karisa, the last thing I would do is beat yourself up over this because it sounds like you're trying to do a fine job in the classroom.

One thing I learned from 15 years in a Thai classroom is that some lesson plans work, some don't - and some go so horribly wrong that you are left wondering what the hell you were thinking when you sat down to plan things.

It's part and parcel of being both a teacher and a human being.

I learned one other thing in the classroom - and this relates directly to your experience - Thais can be brutally honest with each other to the point of being, well.....brutal.

I remember a brand new class of about eight intermediate level students. These were not kids. They were all adults studying for master degrees. I got them to partner up, chat to each other and tell me what interesting things they had found out about their 'new friend'. Unfortunately I partnered the male class joker (there's always one) with the quiet, pretty girl who had - for want of a better expression - a rather hairy upper lip. When I asked class joker to tell me about his partner, he got straight to the point - "she's the first girl I've ever seen with a moustache"

The class roared with laughter. Even the poor victim with the rather hairy upper lip smiled and playfully slapped the class joker. But I knew that deep down she must have been very hurt.

I handled the situation in what I thought was the best way possible. I diffused the jovial atmosphere with a quick "right, let's move on", gave the classroom joker a glare that wouldn't be misconstrued and I spent the rest of the class time making sure that the girl in question was praised as much as possible.

The story does have a happy ending though. The two students became great friends as the course wore on. 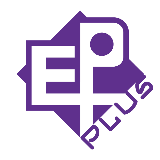