In response to Ell Tee’s letter “Why so bitter?” Ajarn Postbox (October 29, 2010)
I believe the writer is confusing what he perceives is bitterness and culture shock, with the frustrations of teaching Thai students. I also have taught in several countries including my home country, America and in my opinion, Thais are by far the most difficult to teach. The difference between other countries and Thailand is yes, partly the culture, but there are many more factors that also play a role in the obvious frustrations. In my opinion, the worst culprit has to be the MOE and their policies.

The MOE states they want students to learn English, but the facts do not support their rhetoric. As I wrote in my letter “unteaching what Thai teachers have taught” dated July 17, 2010, just about anything and everything you can think of comes before education. Therefore, we get no support from the MOE or the schools because it obviously isn’t important that the students learn for the reasons I stated in my letter, but they try to make it appear as if they are. We get no support from the parents either because the majority do not speak English, so they can’t help their children learn. At times, we’re not even supplied with books and yet, we’re expected to teach the student’s English. The MOE mandates a curriculum that is based on an English speaking countries curriculum for native speakers that is impossible to meet. But of course they expect improved test scores and satisfactory results.

They supply a minimal amount of funds for the program and the families are expected to pay the rest. The money that the families have to contribute, many need to spend on food. But, they give it so their child can get into an English Program. At least THEY understand the importance of learning English. The schools English Program and English Club are merely a farce because it is taught by teachers that can’t speak English correctly themselves. Or if they do attempt to speak English, much of the time it is incoherent or “pigeon” English. The school will buy a few books for the English Program and the rest of what they need, they will copy (to save money), and hire native speaker(s) to indicate to the parents their children are being taught by a native speaker(s) so they will give more money. But, in reality many times the native speaker doesn’t have to even participate in the English Club and teaches only a few of the students. The Thai “English” teachers teach the rest and over see the English Club. Yes, many of the ones that can’t even speak English. As with most things in Thailand, it doesn’t have to work, it just has to look like it does.

The ones that benefit from the English program are the directors of the respective schools. The money the school generates for the English Program is astronomical. Do the math at any school. They have discovered a profitable “cash cow” and sell it vigorously.

The MOE has teachers teaching English that can’t speak a coherent sentence and some can’t even speak at all, yet they give them awards and raises for doing a good job. Even the ones that I personally have seen stand in the hall and talk on their mobile phones for the whole 50 minute class, multiple times. That is; if they even come to class on time. Which is rare at every government school I have worked at.

The native speaker at a government school typically has a class of 40 to 60 students. They are there because the parents want them to be. So, 20 minutes of the class is spent taking mobile phones, stopping fights, etc. Once the students are calmed down and the attendance is called, the teacher has about 30 minutes of actual teaching time. One day a week for 30 minutes. Unless, the teacher before you kept the students overtime to clean his/her room (another priority before education) and then they may not show up at all.

How can anyone in their right mind expect a student to learn? There is no discipline policy. Students aren’t made to be accountable for skipping class or being tardy, and a no fail policy. But, there IS a hair and dress policy. Which in my opinion is utter bull----. Without these policies, there is no incentive for the students to do anything. And if they skip, no one will check to find out why they missed a class and they will still pass. The students are well aware of this.

When a student inevitably fails the semester final exam and/or has poor grades, the foreign teacher is instructed to dumb down the exam and let the student retake it so he/she will get a passing grade or retake it several times if necessary. If the teacher refuses to give the exam until the student passes, the foreigner teacher is deemed incompetent and terminated. The student’s homeroom teacher will adjust the student’s scores to get a passing grade. So, the homeroom teacher and the program director will appear to be doing a good job; on paper anyway. Because their career depends on it.

At the end of the semester, the program director will get upset because test scores are low. They get upset because her bonus and advancing in their career depends on good scores. Certainly not because they care about the students learning English. The foreign teachers are blamed, called lazy, inefficient, or a backpacker.

The MOE blames us foreign teachers for their mistakes. In reality, the policies that are in place are their fault. But of course they would never admit their policies need to be rewritten or they are wrong. That would show them losing face and we all know, that is not their “culture”.

It is my belief that most teachers come here with the illusion and will of teaching students that want to learn and honestly try to do a good job. But, after a while the crusty, thick skinned teachers (myself included) that has taught here for a number of years, learns we can’t change the policies or make the students learn that do not want to learn. So, we teach the few that want to learn and the others of course we try, but inevitably we will fail. They will pass and finish school and most likely do as many of their parents have done and scratch out a living the best they can with the knowledge of a 3rd grader after finishing high school. That’s not bitterness or culture shock. That’s the facts.

To understand the frustrations or as the writer perceives as “bitterness and culture shock”, he should leave a country that supports and values education and come to teach here. Only then will he fully understand and realize the reality and frustrations of teaching in Amazing Thailand. 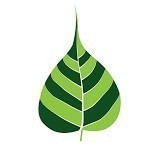 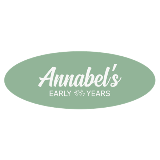