Hello, I'm writing this whilst sitting in a suburb of London, I have just left Thailand after 10 years of teaching, my wife and two children are in the process of getting their passports and visas to follow me here in the next couple of months. Why? Enough is enough, I really do love Thailand, my life has been there, my kids were born there, but no more teaching for me.

To be honest I could of carried on, but teaching is not a realistic career if you have children in Thailand. Firstly there is no guarantee for the future, be it one year or five years. Secondly, Thai schools and teachers have an amazing ability to lie. I recently signed a contract with my school, where I had been teaching for the last few years, only to be told that I wasn't being paid for April and for the first half of May because the school was shut. I protested that I had already signed the contract, and that the contract was from April until April, one year, only to be told that this was only so the school could renew our work permits.

I was furious, I have two young mouths to feed, I wasn't going to get paid for six weeks, I had never had any previous problems with the school, in fact I was the only falang teacher at the school amongst 10 foreign teachers, I speak Thai fluently and had always got on with the Thai teachers and all my teachers assessments had been positive, but the school would not budge, I spoke to them nicely, I tried to appeal. The school then decided to pay all of the foreign teachers for May. This was good news, however they stuck by their decision not to pay us for April. Finally, with a heavy heart I decided that I just couldn't live like this any longer, my children are now the most important thing in my life and , without sounding corny, I just want what's best for them, and sadly Thailand isn't that. 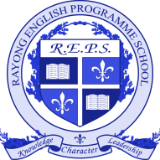