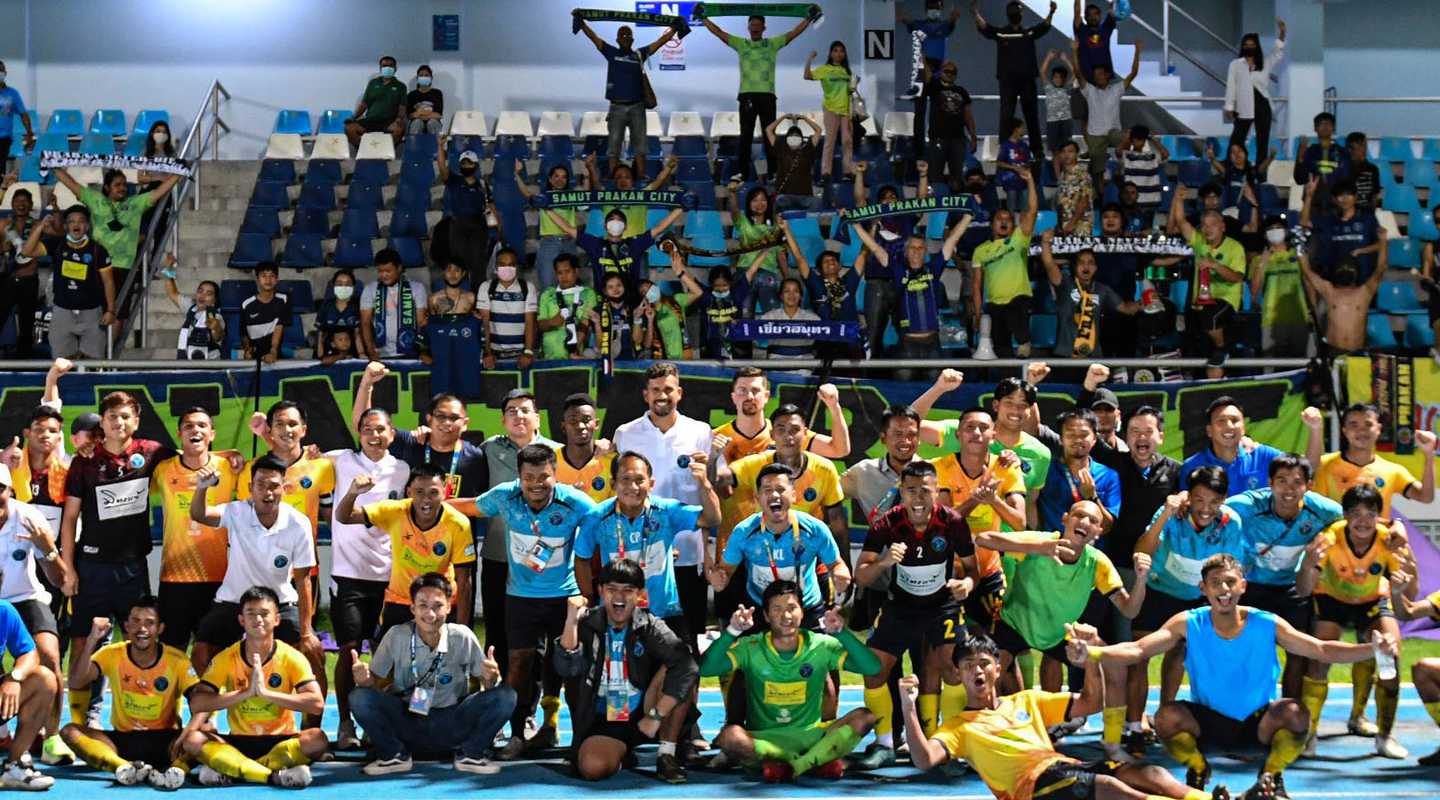 (Although we had decent 'home' support for the last game against Phrae, expect numbers to be much lower for a midweek FA Cup game against lower league opposition. In fact when I asked various Samut Prakan fans on Saturday if they were going, not that many were even aware we had a match.)

So it's the Thai FA Cup qualifying round and a home draw against Maejo United?

Yes, a welcome break from league action I suppose. Interestingly, Samut Prakan and Maejo United have met each other before in this competition, in the round of 32 back in December 2020. On that day, Samut Prakan managed to win 3-0 despite a distinctly below par performance.

Tonight is a case of Samut Prakan having to enter the Thai FA Cup at an earlier stage on account of now being a second division side.

Ah, the romance of the FA Cup

I'm fascinated by some of the club names that are involved in this early round, because the competition is open to teams at all levels, including amateur.

Just looking down Wednesday's fixture list, who on earth are Mahajak Samut Prakan? Teerachai Pallet are at home to Bang Sao Tong. Presumably they're a company that makes wooden pallets and have somehow managed to cobble a football team together.

Maple Hotel FC are playing at home. Now that name rings a bell; I'm sure Tun and I once went there for a lunchtime buffet and it was so awful we've never returned.

Other teams in the round include Bangkapi Leon Spirit Sport, the delightfully named Hippo FC, Nong Khae Police FC and Huasamrong Gateway FC. Imagine getting drawn to play away at some of these guys and the difficulty getting information if they don't have a Facebook page or a Wikipedia entry (as many of them don't)

Remind us who Maejo United are?

Nicknamed 'The Cowboys' and formed in 2016, Maejo United play in the Thailand North, a regional division in the third tier of the Thai Football League system. They play their home matches at the Maejo University Stadium, which is about half an hour north of Chiang Mai. The team and their fans have travelled a long, long way for this one.

Not too good. The Cowboys have scored just two goals and remain winless from their opening four games. 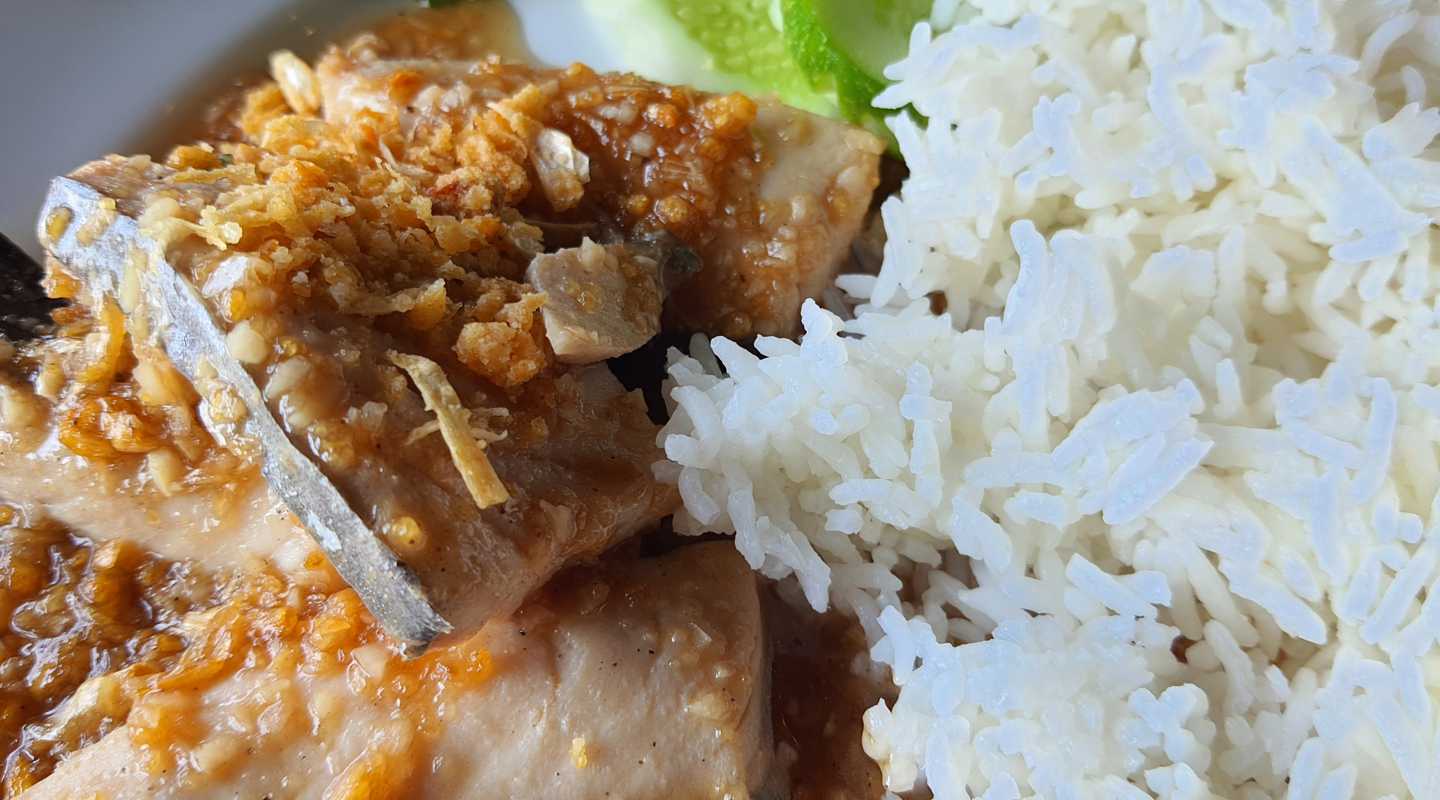 One again we enjoyed lunch at the excellent Cafe on Saphan in Chonburi, in fact I was looking forward to their garlic mackerel on rice just as much as the football match. As an additional treat, Tun drove us to the Chonburi toffee cake shop, home of the best toffee cake in Thailand apparently. And it was truly scrumptious! 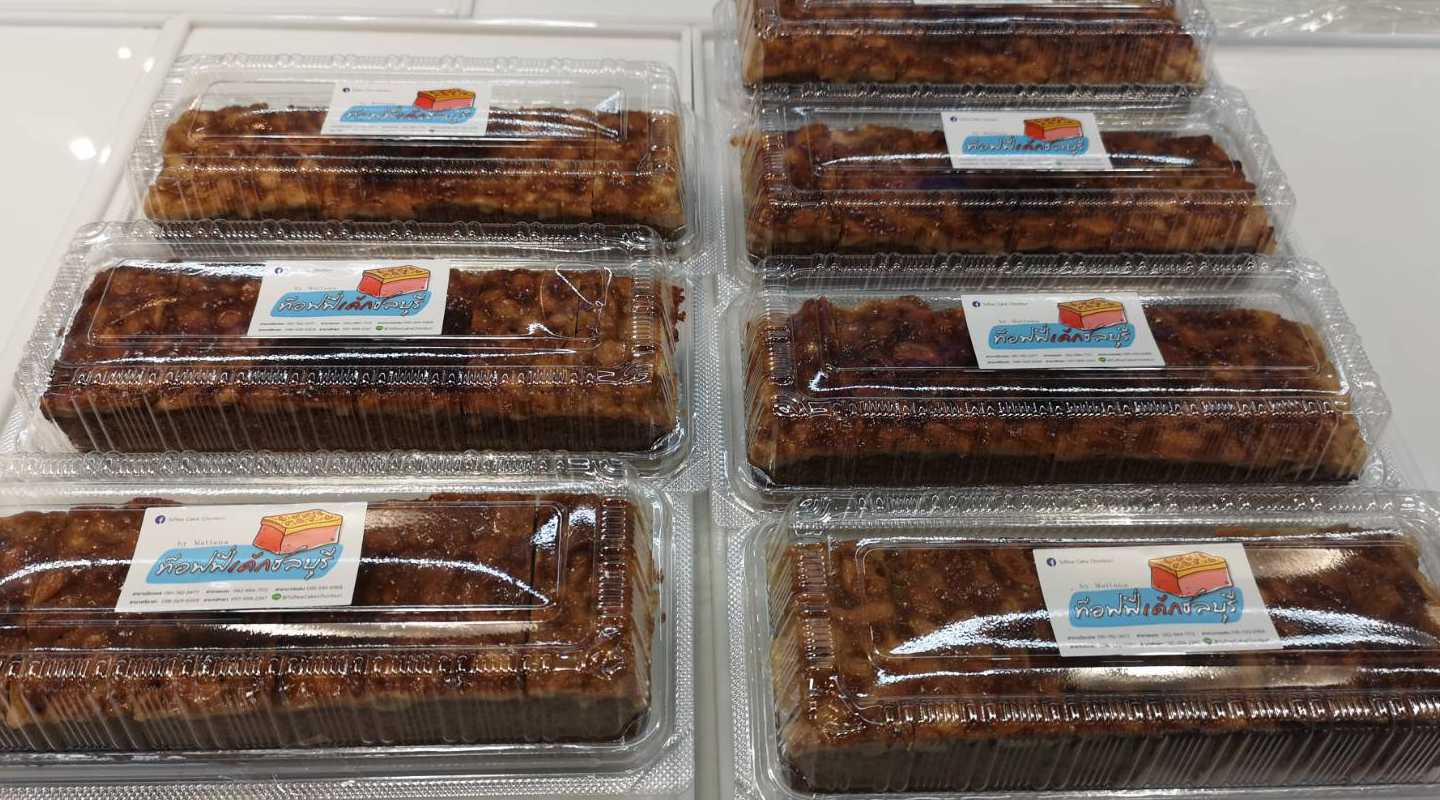 As we parked up outside the ground an hour before kick off, the heavens opened and it bucketed down but thankfully it didn't last for more than 5-10 minutes. There was no further rain for the rest of the evening. As most of Thailand battles flood waters and burst river banks, Chonburi seems to have a knack of avoiding the worst of the rainy season.

Let's get straight to the point, this wasn't a very good game at all, made all the more forgettable by a pitifully low attendance and a flat atmosphere.

Samut Prakan handed full debuts to several players including African defender Evans Anani and goalkeeper Supawat Yokakul. However, it was Japanese midfielder Sho Shimoji who most caught my eye. He might be getting on in years and he might have been out of the game for a while, but the boy can play. He looked to have more time on the ball than any other midfielder player and that's always a great sign.

The only highlight of a dreary first 45 minutes was Samut Prakan's opening goal mid-way through the half, Sho Shimoji hitting the back of the net. I decided to nip to the toilet just before the half-time whistle and apparently missed a terrific save from our keeper, thwarting a one-on-one chance in what was possibly Maejo United's first worthwhile attack. They would need to be far more adventurous in the second period if they were to stay in the competition.

The second half was better. Evans Aneni got his marching orders for a second yellow card on 64 minutes and with a one man advantage, Maejo United sensed that maybe there was a way back. Supawat pulled off a couple of decent saves to preserve Samut Prakan's slender lead and it all got a little frantic. Backs to the wall defending against a struggling T3 side that had travelled half the length of the country to be here certainly wasn't in the script. Thankfully not only did we keep their attackers out but scored a breakaway goal in the dying seconds to finally put the game to bed, Phongsakorn Trisat the man on target. 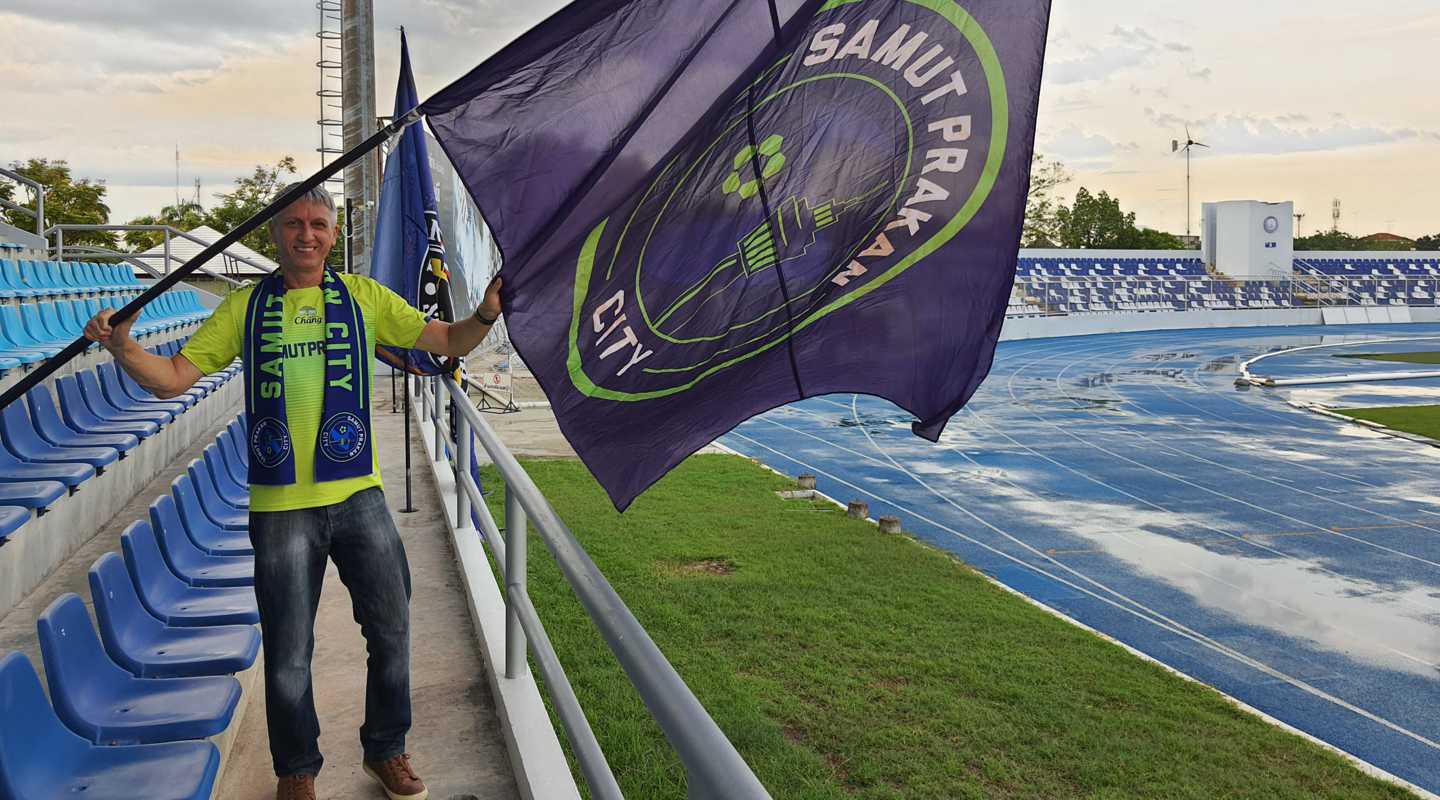 Pretty awful game but we got the job done. We're in the hat for the next round with the premier league big boys.

One good bit of news at the end of the night was the Samut Prakan backroom staff telling us that we might well be moving back to the Samut Prakan Stadium much sooner than expected, possibly well before the end of October. But in a strange way I've enjoyed our trips to Chonburi, and with three wins out of three, it's certainly been a lucky ground for us.

Absolutely, because I've never been to a match in Rayong before. I missed the chance to see Samut Prakan play at PTT Rayong before the club sadly folded in 2019, so I'm going to grab the chance to experience the Rayong Provincial Stadium, home of Rayong FC. It's a comfortable two-hour drive south from Samut Prakan, but we'll take things at a leisurely pace and still do an overnight stay. There's an extensive choice of cheap and cheerful hotels within easy reach of the stadium and you're not too far from the coast either if you fancy a morning stroll along the beach.