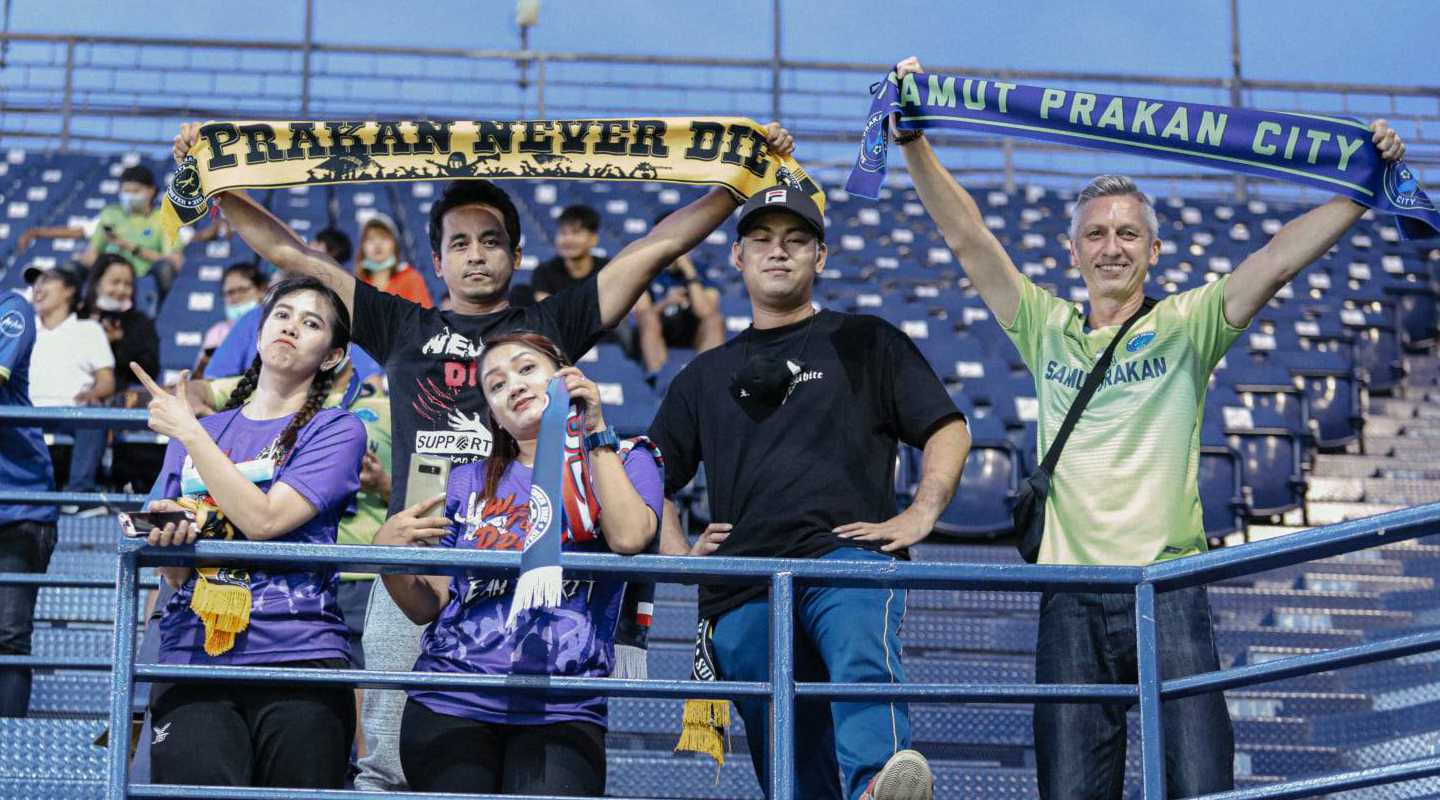 (How do you follow an away game and a victory at Buriram? photo credit: official Samut Prakan City website)

So one week you're playing away to Buriram United at the finest stadium in the league.....

So who are Maejo United?

They play in the Thailand North, which is a regional division in the third tier of the Thai Football League system. And they are currently second in that division so not having a bad season.

Maejo play their home matches at the Maejo University Stadium, which is about half an hour north of Chiang Mai. At their last home game, just 150 turned up to watch Maejo against Chiang Rai City, and it ended in a nil-nil draw. How many fans would they get if they were struggling I wonder?

Their Facebook page is updated regularly and currently has job vacancies for - I kid you not - a first-team midfielder and a striker (any chance you could play against Samut Prakan this weekend?) and they also broadcast live feeds of home matches. I watched 60 seconds of the goal-less stalemate with Chiang Rai City and let's just say life can be grim in the lower leagues.

A Thai football fan contacted me on social media to say 'hey! I live about 3 miles from Maejo United's ground so it's a shame Samut Prakan weren't drawn away because I would've bought you a beer. It's actually quite an interesting neighborhood because a whole village has sprung up around the university to cater for the students' needs"

Mate, thanks a million but I'm more than happy with the home draw. 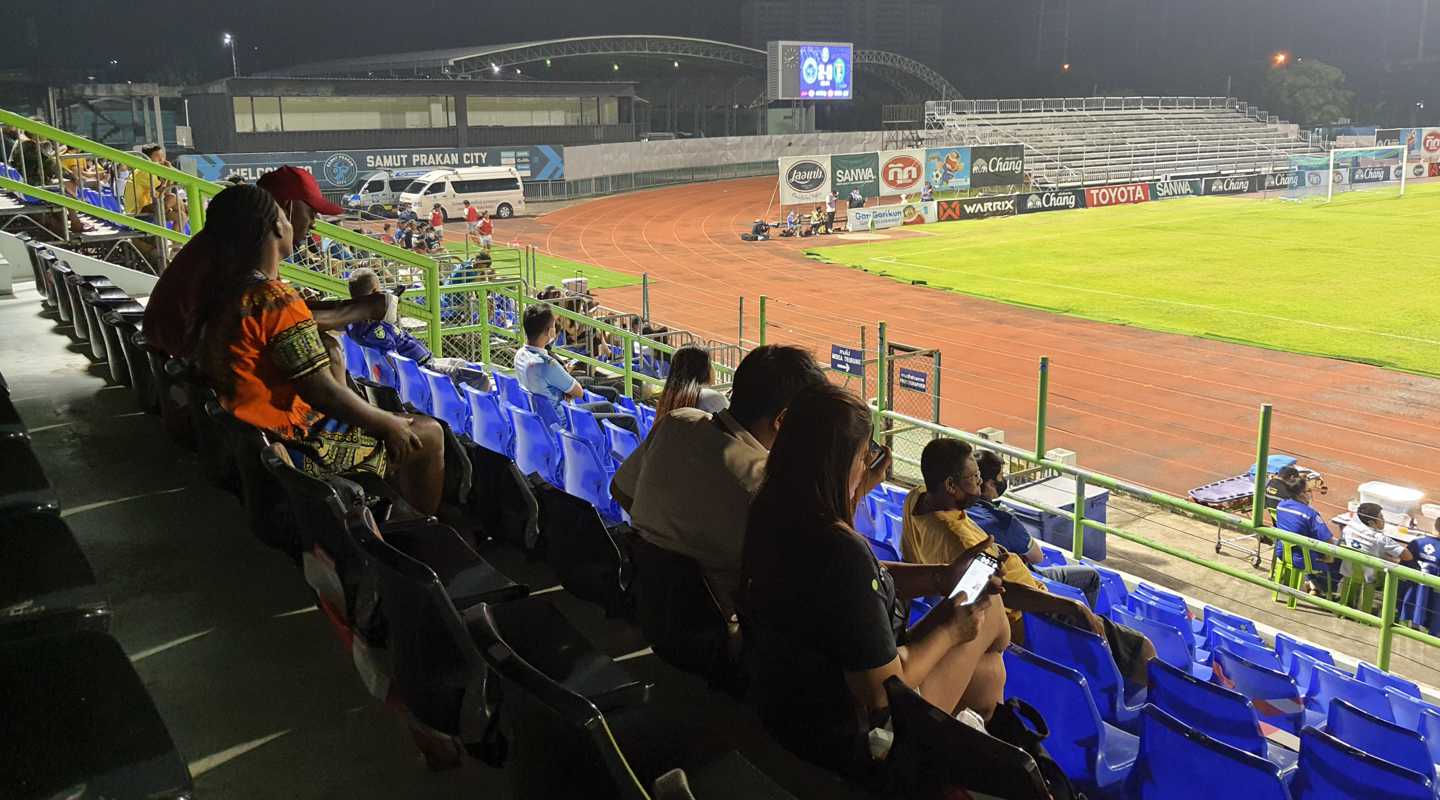 The big surprise of the day was getting to the ground, grabbing a photocopied team-sheet from the media desk and seeing the Samut Prakan starting eleven. Manager Ishii-san had decided to put out a full-strength team. This is clearly a competition he wants to win but I felt a little bit sorry for some of the fringe players who would have hoped to get a start today.

The atmosphere around the stadium feels flat. I can't see many familiar faces milling around and very few chairs have been laid out in the fan zone. The attendance was announced in the second half as just over 600. There's sadly little interest in the FA Cup's early rounds in this part of the world.

Samut Prakan play some champagne football in the opening 20 minutes with probably 90% possession. Intricate pass-and-move triangles, it's a joy to watch and this is looking like an embarrassing mismatch as Maejo United just run around chasing shadows. Tardelli's near post header after 10 minutes puts the home side one-up and is surely the first of many goals this evening. But it doesn't pan out that way.

Samut Prakan start to overplay things, mishit crosses and generally lose their fluidity. Several players, notably Jaroensak and Tardelli, are looking a bit off-colour.  Maejo's number 79, Thustchapon, will have nightmares about how he fluffed the chance to equalise with just the goalkeeper to beat.

Half-time comes as a chance for Samut Prakan to re-group and re-think things because this game is far from over with such a slender lead. 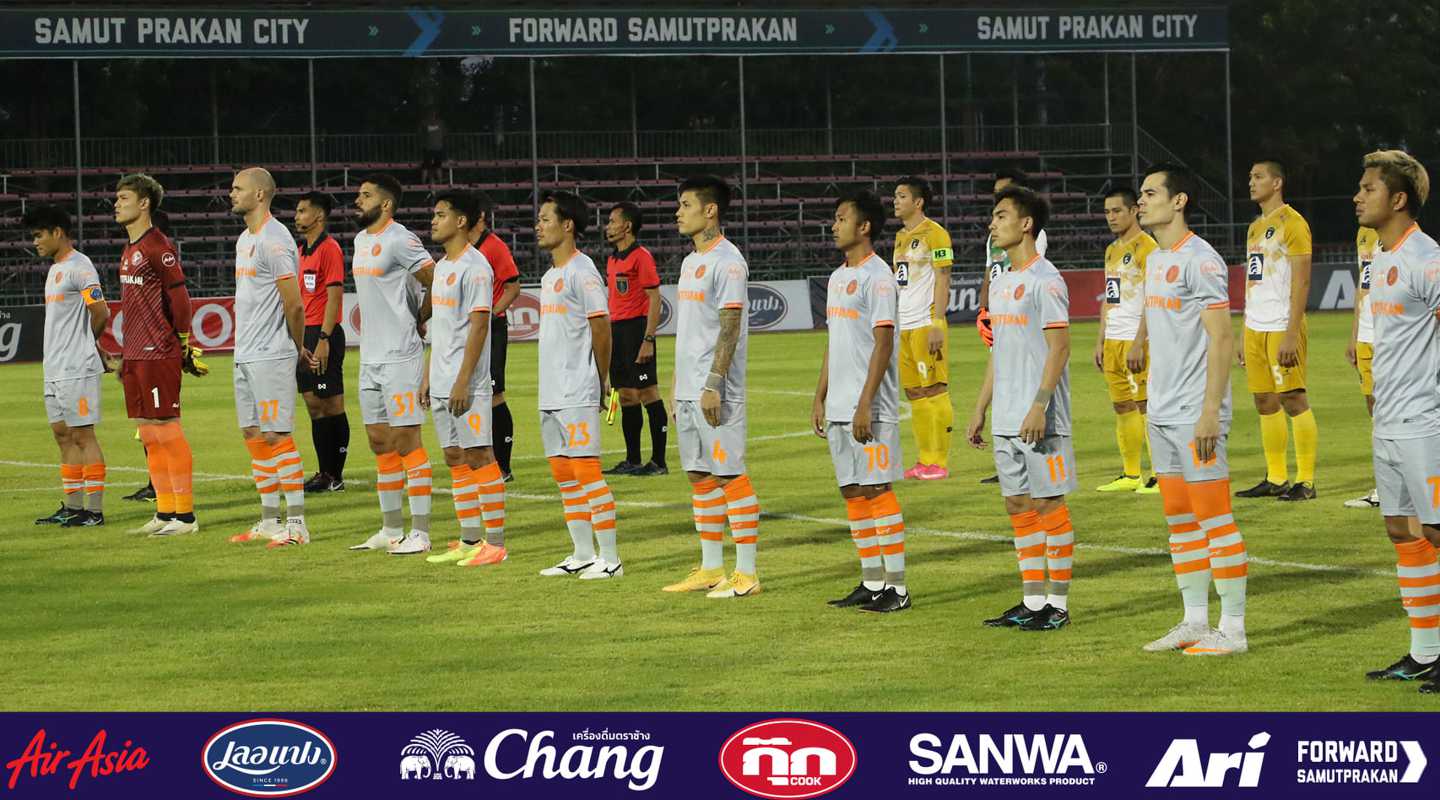 We have to wait until the 75th minute to get the killer second goal. Captain Peeradol, who was my man of the match (he was everywhere!) hits a screamer from outside the box but chooses not to celebrate. He knows the team have been below par this evening. However, he caps a fine personal performance by side-footing past the keeper in injury time for his second goal of the evening and to put some gloss on the final scoreline.

Our Japanese midfielder, Yuto Ono, put a tweet out after the game and said "it wasn't a good team performance tonight but we are through to the last 16 and in a cup competition, that's what matters'. I couldn't have put it better but we certainly made life hard for ourselves at times. Let's give some credit to Maejo United though because that was a long old journey to play in front of just 600 people and they did themselves proud with a plucky, battling performance. All the best for the rest of the season! 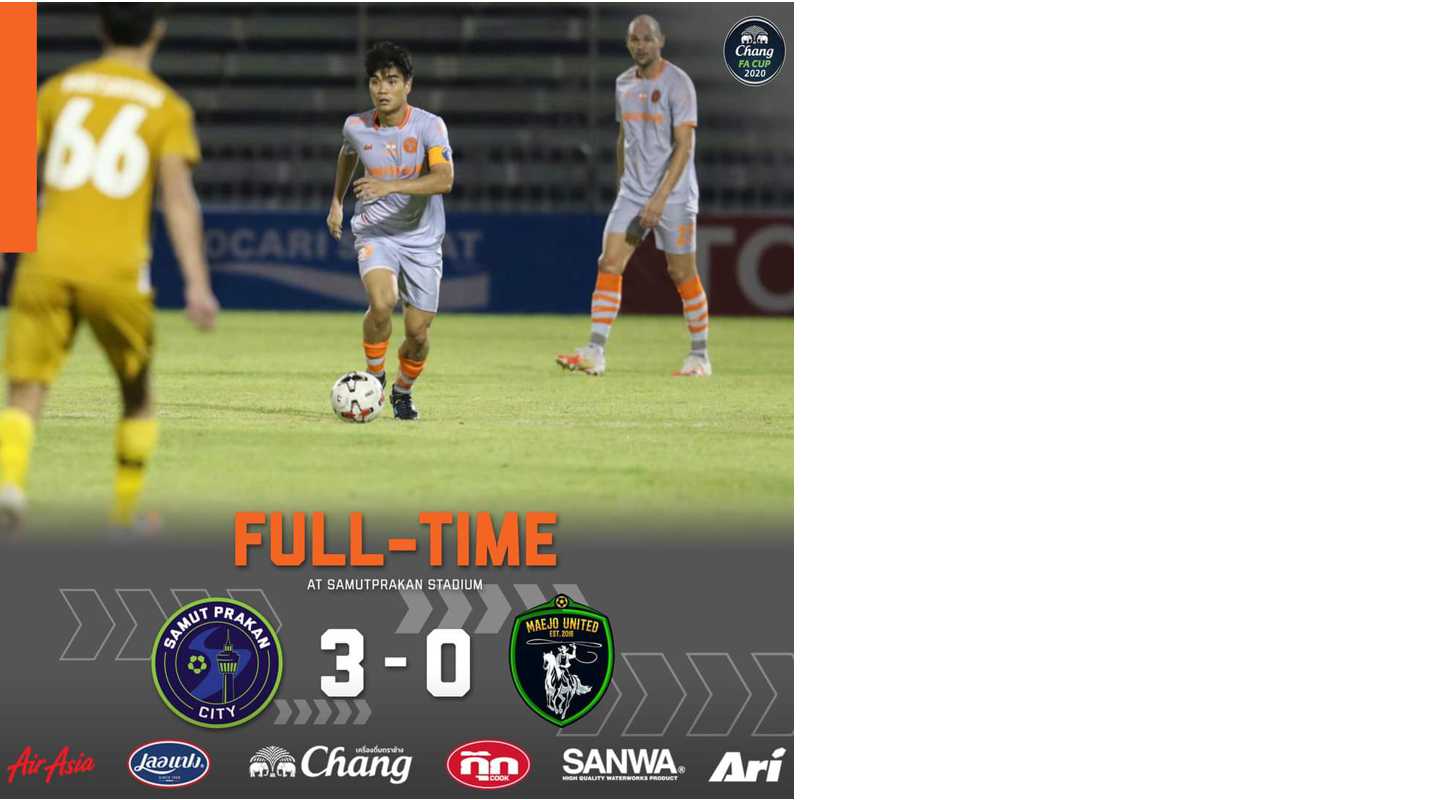 So which 16 teams are through to the next round?

NINE teams from the premier league -

TWO teams from the second tier -

FOUR teams from the third tier -

If you had to pick a dream away trip, what what would it be?

I'm all about visiting grounds I'd probably get to see just once in a lifetime, which obviously excludes the premier league sides.

I'd love to make the trip to championship leaders, Nongbua Pichaya, to see their swanky little pink stadium but there's every chance they'll be in the premier league next season anyway.

Udon United would make an interesting midweek jaunt. I'm a big fan of football grounds that are just four kilometres from the airport, and with plenty of flights from Bangkok, it's logistically a very doable trip.

Muangkan United are from Kanchanaburi. It's not my favourite place in Thailand (familiarity has bred contempt) but I've never been there to see a football match and it might make for a pleasant train trip.

Songkhla, way down south, would be a hell of a journey but what an adventure! Ditto Muang Loei, whose last FA Cup tie I watched via a live Facebook stream and the ground looks like it's in the middle of the jungle.

Let's see what awaits us when the balls are drawn.