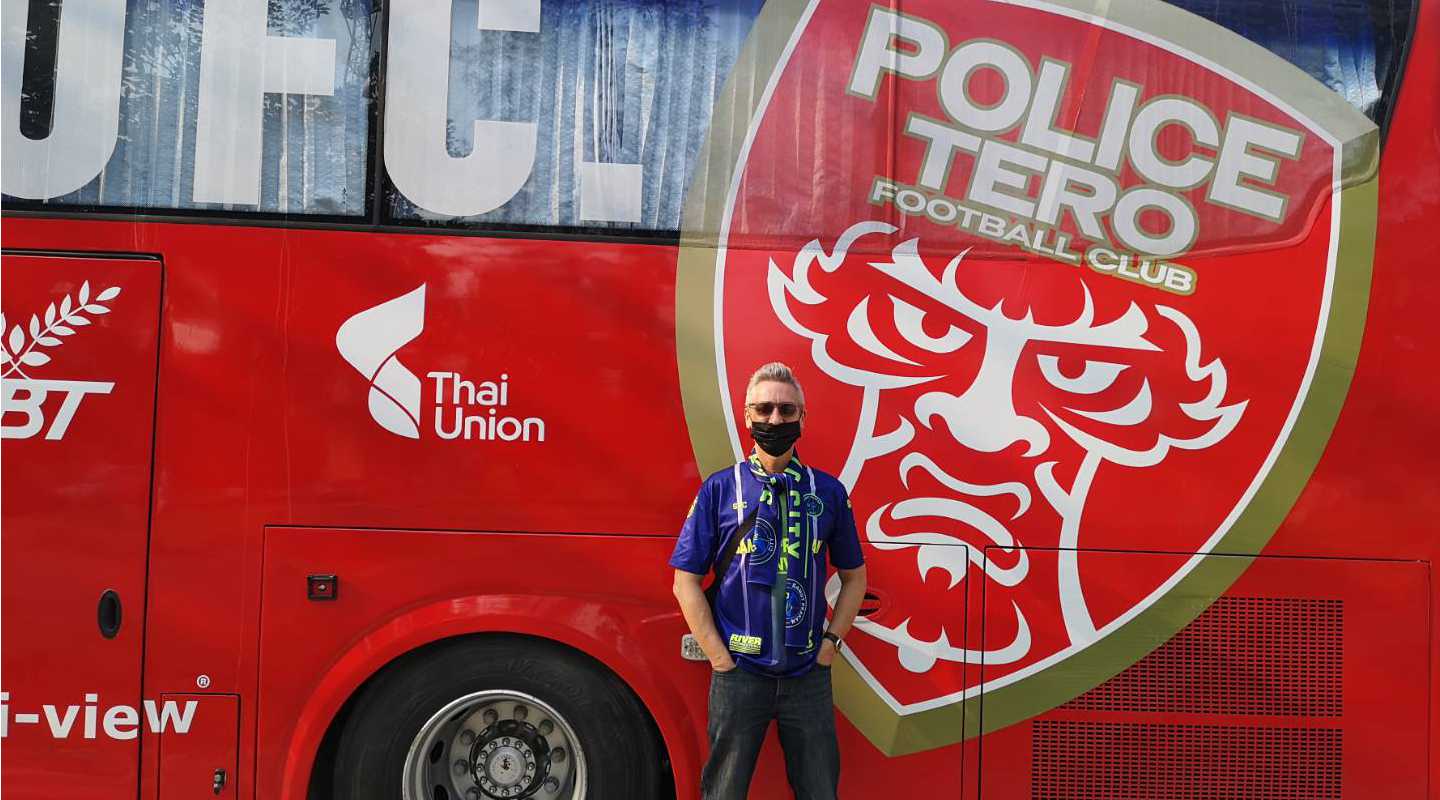 (Police Tero are in town)

What's our record like against these guys since they were promoted to the premier league?

Not great in all honesty. In fact, we are yet to beat Police Tero in three outings. Last season, they whipped us 5-3 at the Samut Prakan Stadium and could've scored more in one of the craziest games I've seen.

How are The Silver Dragons doing this season?

They are currently in 11th place and just five points above the relegation zone (I'd swap places with them any day though!)

They're a side that keeps things tight and there have been only five goals in their last four matches. One thing perhaps in Samut Prakan's favour is that Police Tero don't travel well and have won only one of their nine games away from home.

Samut Prakan need to win this one?

Losing or drawing is not an option. After the psychological blow of being eliminated from the FA Cup by Songkhla on Wednesday, our focus returns to premier league survival and we need to pick up as many points as possible from our home games. We have 14 league matches left to play and EIGHT of them are at Bang Plee. We need to make that home advantage count!

Samut Prakan are still at 50% of the stadium capacity with tickets only available online via Ticket Melon. No tickets are sold at the stadium on the day of the match. 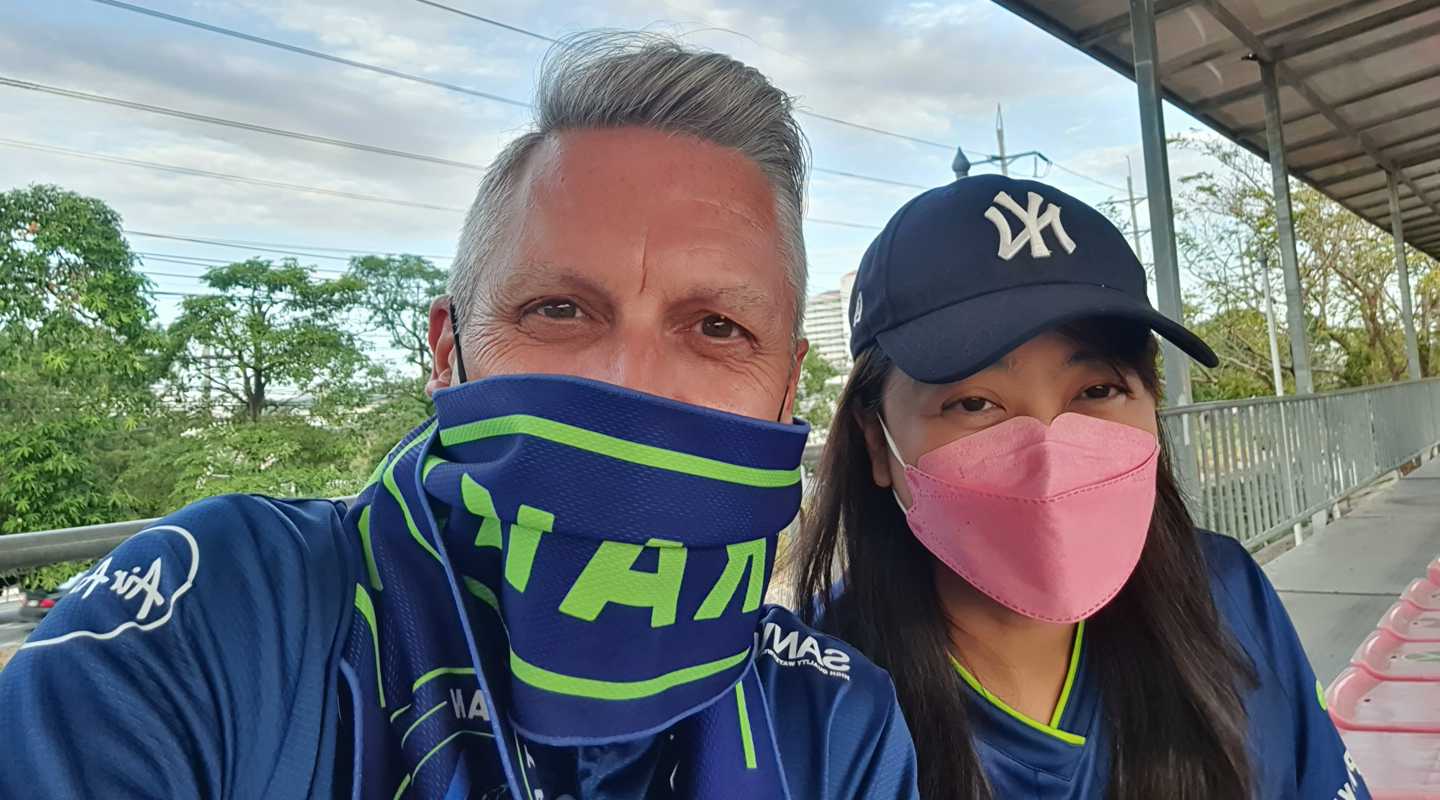 (It was a lovely evening to watch football)

To the match itself. Samut Prakan team line up?

Striker Samuel Rosa was the one noticeable absentee, obviously still suffering from the knock he received against Songkhla, but other than him, it was a strong starting eleven with Kevin Ingreso returning to the midfield alongside the Japanese duo of Yuto Ono and Daisue Sakai. Recent signing Chatri Rattanawong once again led the attack with Chayawat Srinawong on the bench.

With little humidity and a stiff cooling breeze, it was a glorious evening for watching football. Police Tero had brought decent away support but with fewer than 500 fans in attendance, the atmosphere was a little flat. Nice to see plenty of familiar faces though and a few fans asked about our long midweek trek to southern Thailand. It seemed a number of them had seen me on TV still celebrating Samut Prakan's goal when Songkhla banged in the equaliser a minute later. But enough about disappointing cup exits and back to tonight's action.

Samut Prakan almost took an early lead with a free kick just outside the penalty area. It was prime Yuto Ono territory but he allowed fellow countryman Daisuke to have a crack and his superb effort cannoned off the crossbar.

After quarter of an hour with neither team really gaining a foothold, it was Police Tero who grabbed the lead from a goal with more than a touch of good fortune about it. Zarifovic's defensive clearance rebounds off a Samut Prakan team-mate and when the loose ball is swung over, there's PT danger man Paulista to leap between two markers and head the ball home for his fifth league goal of the campaign. A classic centre forward's strike!

Samut Prakan's best chance of getting back into the game looked most likely to come from a Police Tero mistake, with goalkeeper Sinthaweechai enduring a particularly jittery evening. His poor clearance gift wraps an equalising goal opportunity to Chatri but the lone Samut Prakan striker finds the angle too acute and hits the side netting.

Daisuke Sakai has a chance from long range on the stroke of half time but shoots straight at the keeper.

Samut Prakan start brightly but too many passes go astray in the final third. Police Tero's lively Japanese midfielder Ryo Mutsumura fizzes a shot wide and a chance to put the game out of Samut Prakan's reach goes begging. The home side don't help their cause when Chaiyawat Buran is sent off on the hour mark for a blatant body check, a second yellow to add to his first half caution for a high kick against Paulista.

But as often happens with teams a man down, Samut Prakan play their best football of the evening and are rewarded with an equaliser five minutes from time. A pinpoint cross from Suphanan Bureerat finds the head of Chayawat and his powerful downward header puts the teams level. In a barnstorming finish that includes six minutes of added time, Samut Prakan look the team most likely but eventually have to settle for a point. 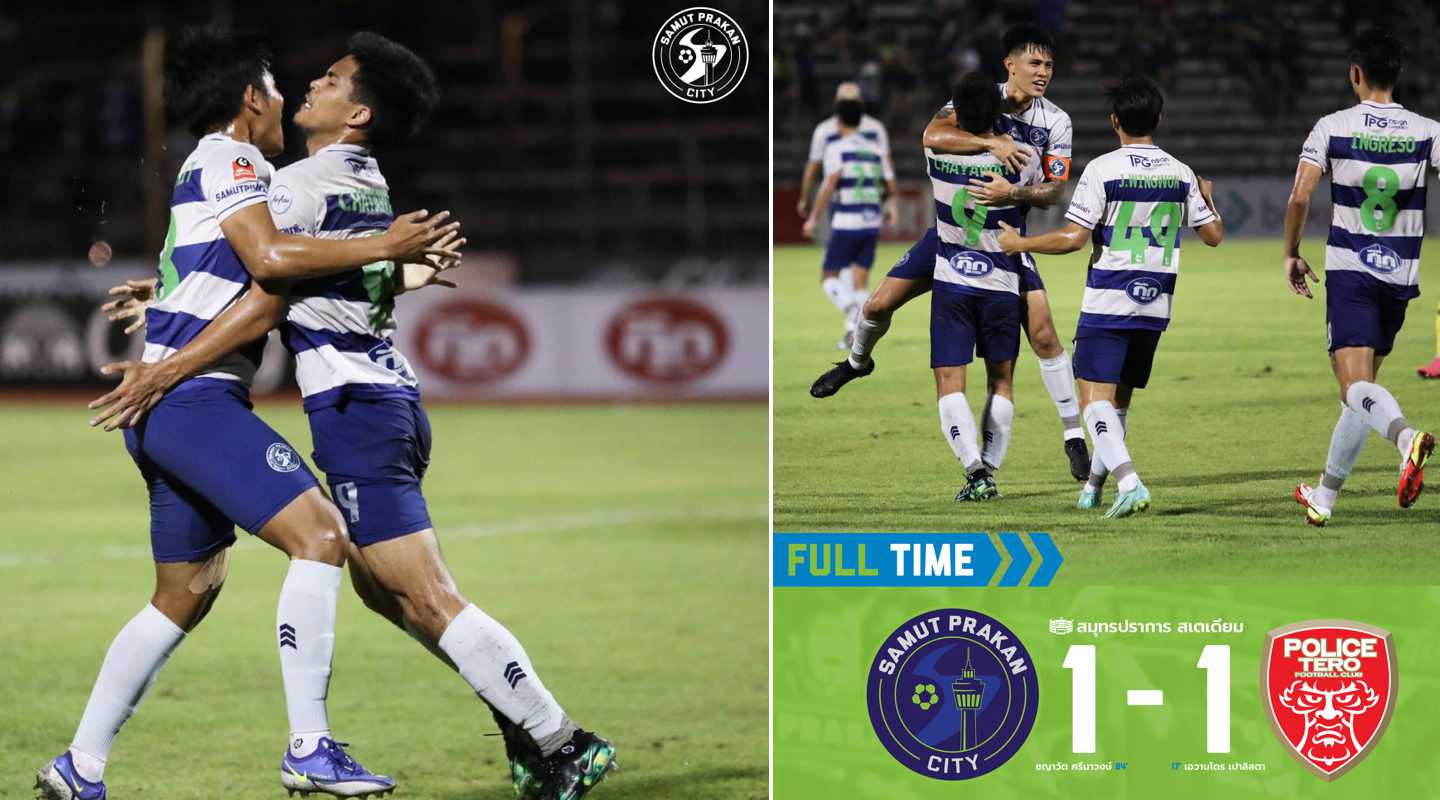 A point wasn't enough given our current predicament, but when you consider we were one-nil down, a man light, and with thirty minutes still left to play, then a share of the spoils wasn't a bad outcome. I would love to have seen Samuel Rosa in that team tonight. We lacked creativity up front with not enough players finding space and making runs. Could he have made all the difference? Hopefully he'll be back soon.

With Suphanburi's game at Port being called off due to a Covid outbreak, let's enjoy being out of the relegation zone...for a few days at least.

We're off to the magnificent Mitr Phol Stadium as we take on fellow strugglers Ratchaburi on Sunday 30th January. Kick off 7.30 pm.