The month of February marks my four year anniversary being here in Thailand. I've met and seen a variety of people. Some good, and some bad. I do like to be positive but I am going to focus on the bad. The bad people really turned into an interesting conversation I had with some online teachers.

There are some people here on this side of the pond that really surprised me. For ages I thought one of the worst types of people here in Thailand is the typical dude that I call the, "I hate Thailand guy". I even wrote a blog post about it. I am far from a Thailand apologist. There are so many benefits for living here but it is far from perfect. Even my Thai girlfriend and Thai friends will say it's far from perfect. But it's not as bad as people make it out to be.

The main question I ask is, "Why are you still here?" I have been in some pretty deep and dark situations before but I have always found a way to get out and leave. Nobody is holding these people here. What I typically hear from these people is how Thailand is horrible, how all Thais hate foreigner and pretend to be nice nice to get your money. When you ask them how long they have been here they would say five, ten, twenty years more or less. How stupid can you get? If you hate a place, leave. It's not that hard.

Then I have seen people who are worse than that.

Some of you might know I have stage four prostate cancer. I've done a couple videos on my youtube channel about how great DaDa ABC is to work for. A viewer asked me a great question, "Are you going to quit your full time job and work for DaDa ABC.

The short version of the video is abou having two paychecks and making a western salary over here. Someone criticized me about the video. He didn't seem like he was trolling. He was genuinely upset with my video. You can watch it and read his dumb ass comments here

I don't care about criticism. Honestly the only reason why I responded to it was interactions on youtube videos make them more relevant and increases the chance of them showing up in a search. I thought it was interesting though him asking, "Why would you need more than $1000/month" to live?

I've seen people glorifying a low teaching income before. I remember once in a Facebook teachers in Thailand room where someone brought up an excellent question, "How can you live off of a teachers salary?" Holy God the virtue signalers starting to shine brighter than the sun during the dry season here in Thailand. They started to bash this dude like a hard core wrestling match. One of the lines someone said that really stuck out to me was, "Stop being fat and selfish and live the Thai lifestyle."

Really? This is why Conservatives and Liberals call progressives regressives. They are backwards thinkers. I have 1,000 baht that says people like this brag about how they don't judge but all they do is judge people.

To paraphrase his last comment he said, "Go ahead and keep thinking you are better than Thai people because you make more money than them." I never followed up with the comments but I wanted to know what he thought of a friend of mine here who owns a gigantic and successful commercial construction company. Is he a jerk too? Or it's okay that my friend is loaded because he's Thai, and it's not okay for westerners to strive to make more money?

When someone wants to make extra money we don't know why. Sure, maybe there are people who want to bang women at the red light districts. Maybe they want to invest in their retirement, start an internet business or two, buy a condo, travel, or hell, start a family? Is is really worth damning someone if they want a better life?

I told someone that this kind of stupidity isn't only in Thailand, teachers have had the same experience. One teacher here in Thailand made an excellent observation. He said he was friends with some highly successful Thai people and they HATE IT when Westerners think all Thai people are that way. He said we're not all a bunch of hill tribe members. We're a modern country, just like the west.

I would like to hear your thoughts. Which type of foreigner do you think is worse? The I hate Thailand guy, or the regressive virtue signaler?

I'd love to hear your comments.

I really didn't want to respond to this, but as the day school is closed, and I'm only teaching nights and weekends at the language center - I just couldn't help myself. Firstly, in 16 years, I've never met anyone who lives here, that has said that they hated Thailand. In contrast, I've met any number of foreigners, and at least a few Thais who say they don't like Thai people - that's an entirely different conversation. . . Secondly, anyone who thinks that 30,000 baht a month equates to a Thai lifestyle needs to get out more often, but on a salary of 30,000 - that's an improbability! This is a one horse race, the inverted snobs can wallow in the victory of their self imposed grim lives. 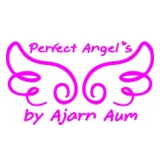