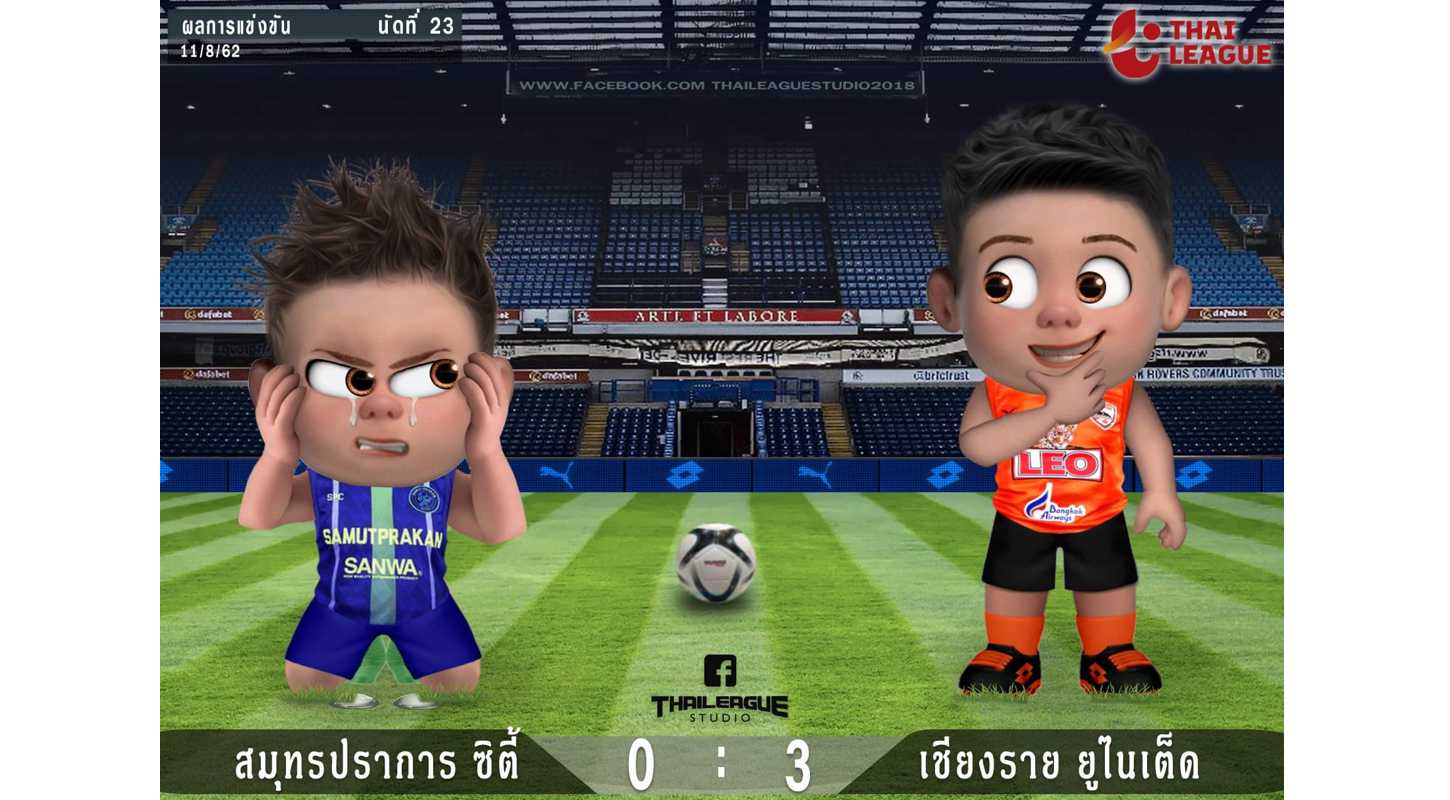 Who's in town tonight?

A warm welcome to The Beetles of Chiang Rai.

It's a big game for both clubs?

It certainly is. Chiang Rai are in second place, just one point behind leaders Buriram while Samut Prakan desperately need a win to avoid slipping out of the top five for the first time this season.

A 1-1 draw back in April and a very good away point. Ibson Melo gave Samut Prakan the lead after 18 minutes with William Henrique equalizing for the northerners early in the second half.

The Beetles are having a good season

Yes, although their 1-1 draw at home to Ratchaburi last Sunday cast doubts on how well they can handle the pressure. That said, won 11, drawn 7 and lost just 4 is a pretty impressive season.

They are also the current holders of the FA Cup but this season bowed out at the quarter final stage, losing 3-2 to Port FC in a cracking game on Wednesday. And they played a full strength team! - so they've had just four days to recover for tonight's match. Hopefully they'll be a bit 'leggy'.

And this is your last chance to see Samut Prakan for a while?

Hard to believe but it's going to be almost two months until we meet again. 2nd October to be exact.

Firstly, I don't fancy either of the next two away trips to Chainat or Prachuap. If I had a travel buddy to accompany me and there was perhaps the opportunity to make a weekend of it, then it might be a different story, but I feel both journeys are that bit too far and too time-consuming when you're travelling alone.

Then there is a 3-week international break, which also coincides with my annual trip to see the family in England, so I'll miss the home game against Bangkok United on the 14th September before arriving back in Thailand on the 21st and probably in no fit state to think about the away trip to Nakhon Ratchisima the following day.

So I'm going to miss the next four matches.  It's a shame but that's the way it is. 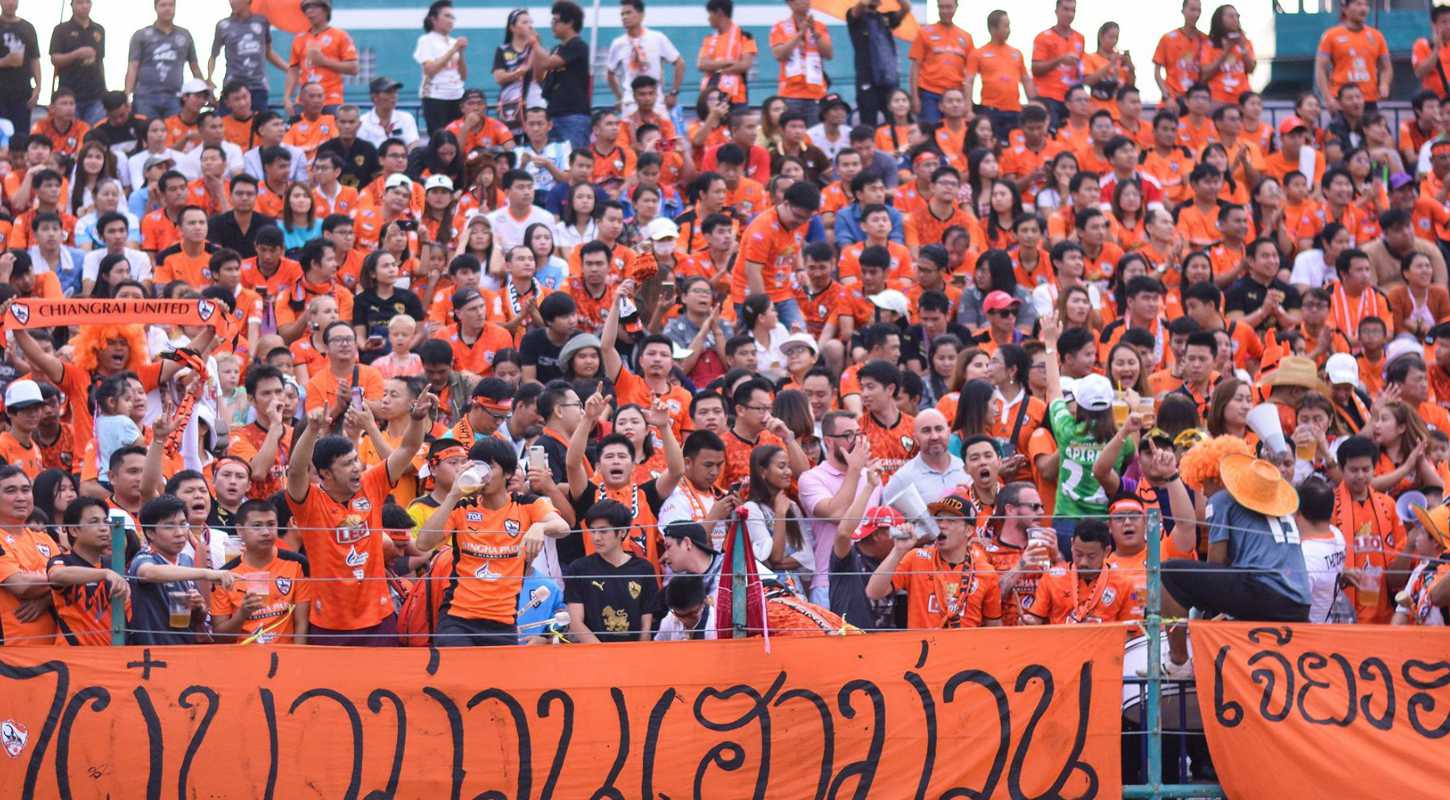 Just shy of 3,000, which is a lot better than the last home game against Trat.  It was a beautiful evening for football as well - about 27 degrees with a light, cooling breeze throughout the game. We don't get conditions like that too often and I savoured every minute.

You entered the stadium early tonight?

Well, my wife and I are normally in our seats well before kick off anyway but with only a handful of home games remaining, we had an eye on which seats we fancied for next season. I think we're going to go for the back row of the W2 section, where you also have the option to stand up and stretch your legs. I much prefer standing up at football matches. I grew up watching football on the terraces. 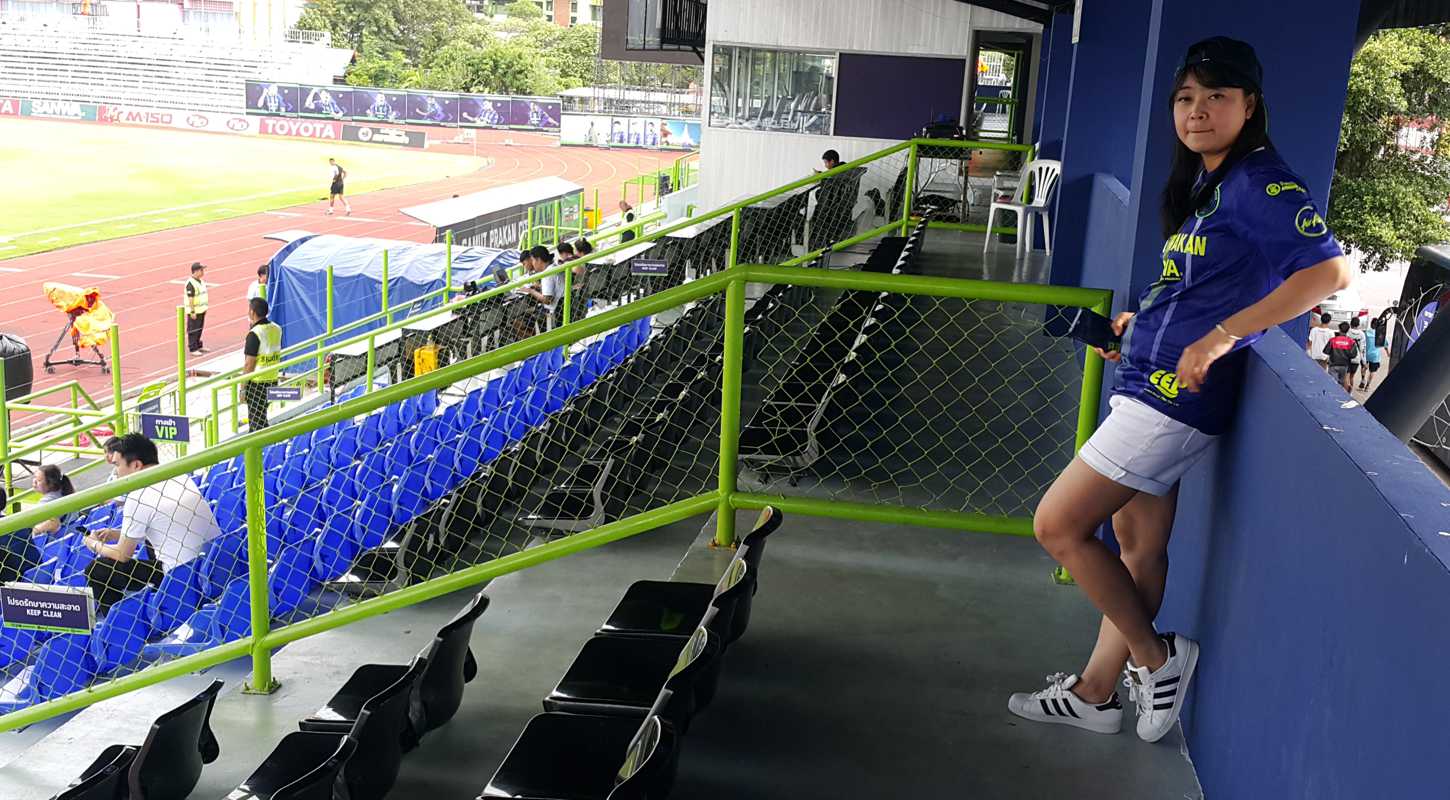 To the game itself. Any surprises in the starting line-up?

We gave a debut to goalkeeper, Kampon Phatomakkakul, who is on loan from Chonburi FC. And thankfully Captain Peeradol was judged to be fit enough for a place on the sub's bench. Great to see him back!

For most of the first period, it was an even and relatively dull contest and a game of very few chances. Then with just three minutes remaining until half time, the Samut Prakan defence completely switched off and gift-wrapped the visitors an opener.  Chiang Rai's star Brazilian, William Henrique, playing in impossibly tight shorts, whips over a crossfield ball to find a team-mate in acres of space. There isn't a Samut Prakan defender around him for miles. He runs unchallenged from the half-way line and has all the time in the world to square it to Ekanit Panya, who fires home his 10th goal of the season (according to Wikipedia stats).

The second period is just five minutes old when William Henrique scores the killer second goal. Samut Prakan lose possession on the edge of the Chiang Rai penalty area, the ball is dinked out to Henrique, who carries it half the length of the pitch before firing low and hard into the corner. A super goal from the tight-shorted one and you get the distinct feeling that's game over. You can't see where one Samut Prakan goal is coming from, let alone two or three.

Aris Zarifovic is hauled off after 54 minutes. It's been another iffy evening for the giant Slovakian but he's clearly not happy about the decision. He's replaced by Korean, Kim Hoyeong, for his second appearance in a Samut Prakan shirt. It's his mistake on 65 minutes that leads to Chiang Rai's third goal. He's dispossessed all too easily in midfield by star man, Henrique, and the Brazilian talisman leaves the chasing Samut Prakan defenders in his wake as he motors forward and finishes with a sublime chip. A quality goal from a quality player.

Samut Prakan manage to hit the post in the final stages but the game is long over. (match highlights) 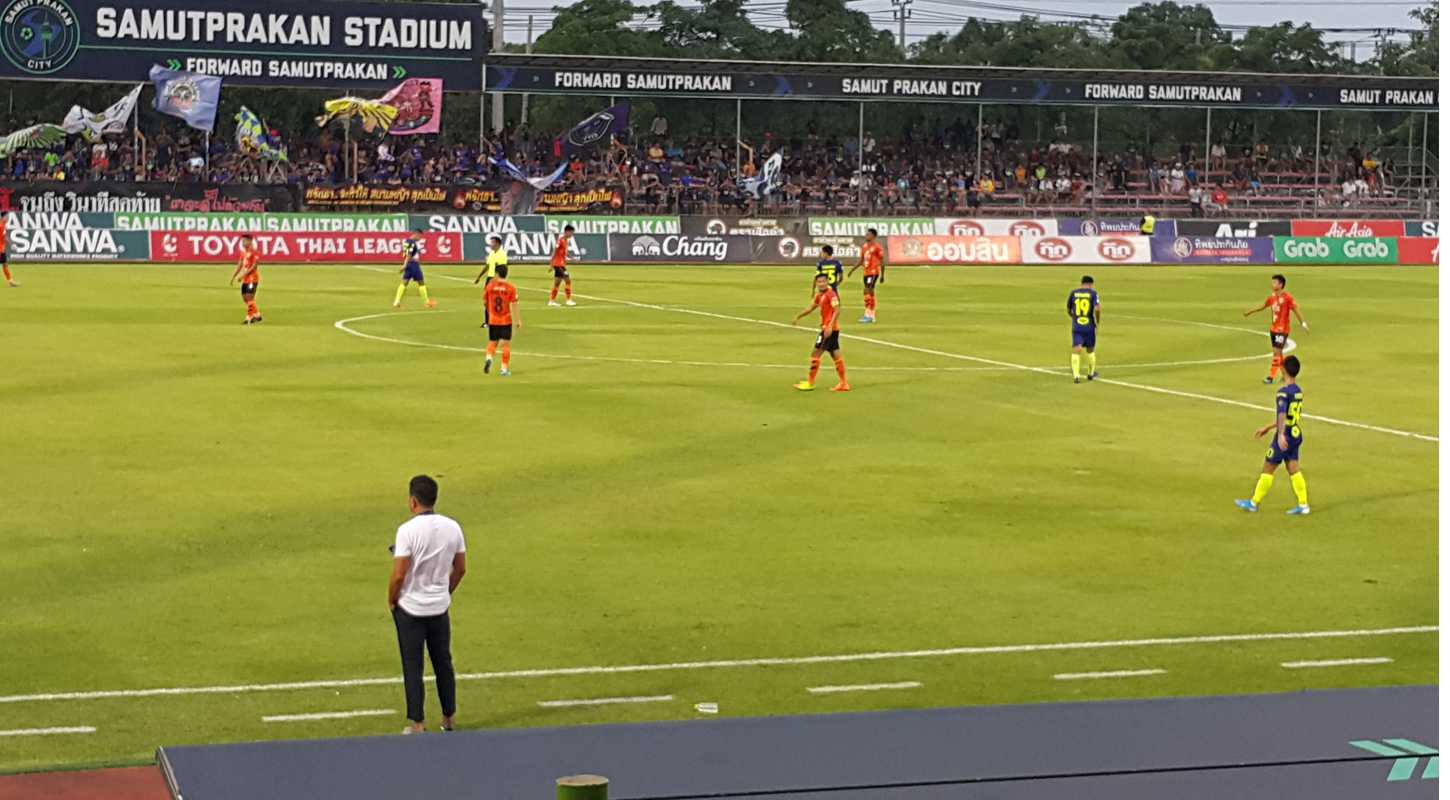 My wife commented that tonight was the worst she had seen Samut Prakan play and I wouldn't disagree. Apart from a couple of Ibson Melo mazy runs in the first half and the shot against the post in the dying minutes, the home fans really didn't get an awful lot to cheer.

That's six defeats in the last seven games and more worryingly, 22 goals conceded. I suppose that tells its own story.

What's happened to the team that were winning games for fun in the first half of the season? What's happened to those slick counter attacks and the wonderful midfield passing interplay? It all seems to have been replaced by an element of just hoof it forward and hope. And the team have begun to look exhausted as the recent games have wore on.

I think in many ways, it's a good job we're entering the tail-end of the season and already have enough points on the board - because at the moment, this is relegation form.