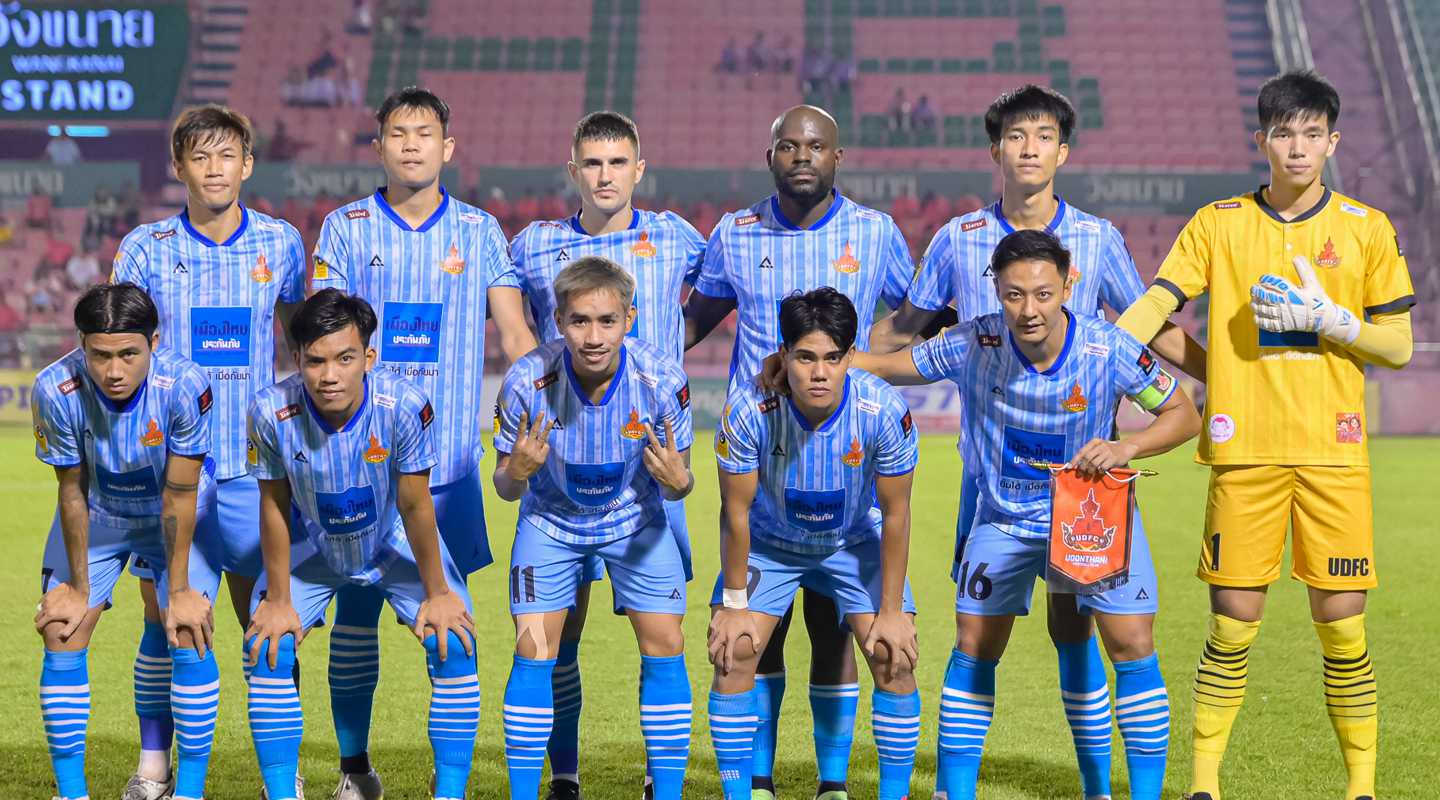 An easy three points by the sound of things?

Well, I don't buy into that just because they are the bottom club. I still think anybody can beat anybody in this league.

But they are bottom of the table?

Yes, Udon Thani are already eight points adrift of safety but things have picked up recently with a win and a draw in their last three games. They have only taken one point all season on their travels but that came in their last away fixture, a 1-1 draw at Trat.

A bit of club background

The Orange Giants have been around since 1999 but spent the best part of two decades in the third tier of Thai football before winning promotion to the second division in 2017. That also includes a period from 2005-2008 when they didn't field a team at all and disappeared off the radar.

Udon Thani play their home games at the 10,000 capacity Thai National Sports University Stadium and hopefully I'll get the chance to experience it when Samut Prakan play up there in early April.

Svein is one of the most knowledgeable expat followers of Thai football on social media. Want to know when the draw for the next round of the FA Cup is? Ask Svein. Want to know why a particular lower league team is in danger of going out of business? Ask Svein. He's the man with all the answers. He's also a fanatical Udon Thani FC fan and runs their excellent English language website as well as a supporters club Facebook page.

I asked Svein where it had gone wrong this season and he told me that the main reasons were financial problems, a poor squad of players at the start of the season and only a small squad of players now. But he felt that there was still time to fix the problems and avoid relegation. "I have to believe that will happen" he said. 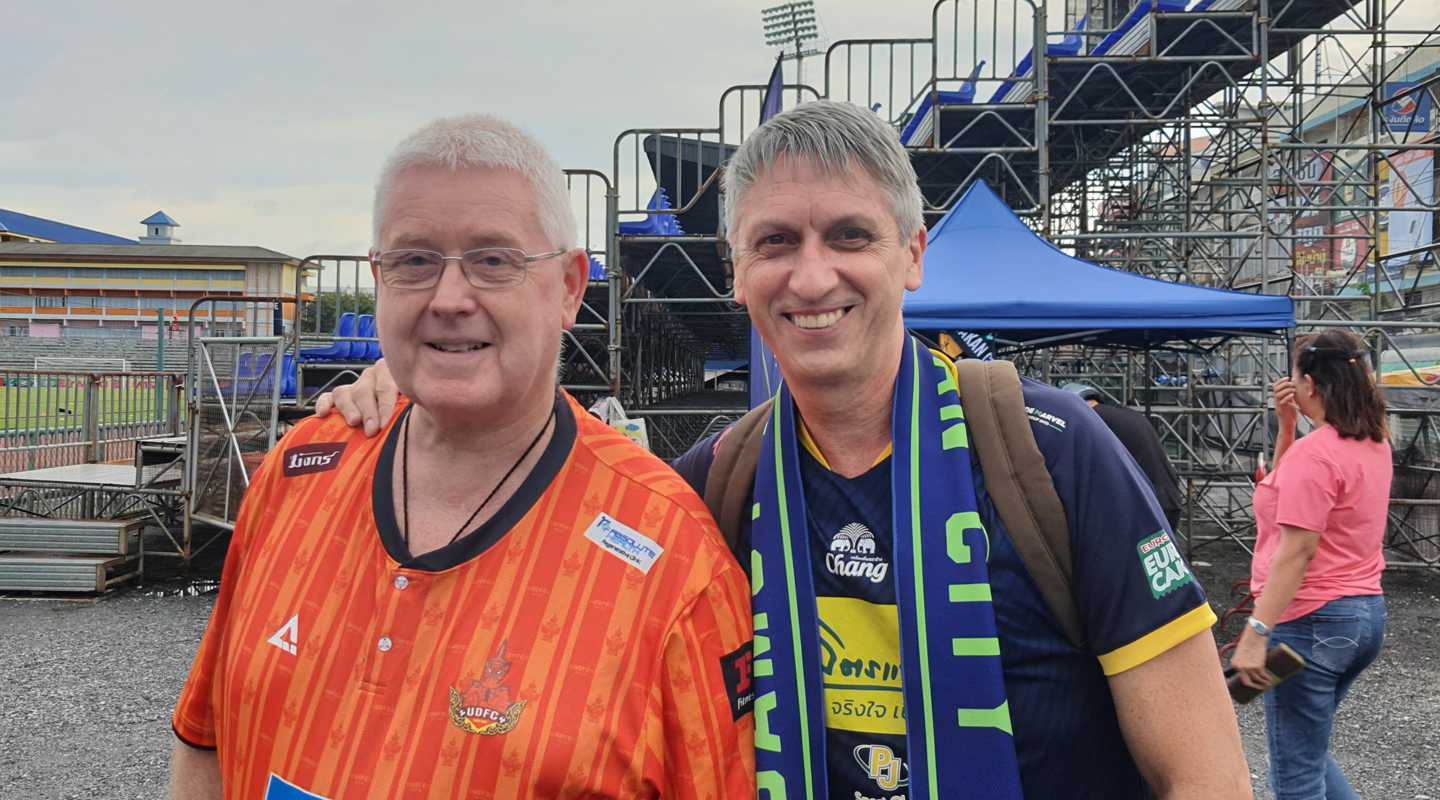 (After talking Thai football with Svein on Twitter for several years. it was great to finally meet up with him)

Anything but a home win and a much needed three points is unthinkable so I'm going for a cagey 1-0 victory.

Samut Prakan manager Khun Bo rang the changes for this one. Second choice keeper Supawat came in for Thatpicha, who I had seen limping around in front of the stadium earlier on. A two-pronged attack consisted of Petru Lueca and Warakorn Thongbai from the Chonburi Academy, making just his fourth start of the season.

Things didn't start brightly for the home side with the Orange Giants grabbing the first goal of the game after just 8 minutes, Myanmar U-23 international Aung Kaung Mann getting on the end of a right wing cross and beating Supawat with a fine header. A stunned silence descends over the SAT because that certainly wasn't in the script.

Not downhearted, Samut Prakan play some delightful possession football in midfield but it's in the final third where you have to make it count. Petra Lueca puts a volley well wide of the target while his strike partner Warakorn's evening lasts just 32 minutes. His replacement and top scorer Pardsakorn almost grabs the equalizer but again fires wide.

Into the second period and Samut Prakan begin where they left off, champagne football but with no end product. Nititorn should have done better with the first clear cut chance of the half but the young midfielder puts his attempt into the side-netting. Phantamit Praphant, one of two half-time substitutions, squanders another chance, but this time more the result of a brilliant block from Udon's muscular German defender Flodyn Baloki. A Pardsakorn shot is then acrobatically tipped over the crossbar by Korrakot in the Udon goal.

It's another German who then has the opportunity to write the headlines for the visitors but Arnold Suew fluffs a gilt-edged chance to double Udon's lead and surely put the game out of sight.

We finally get the Samut Prakan equaliser after 77 minutes and it's substitute Nonthaphut who grabs it with a fine solo effort, darting across the penalty area and planting his shot in the bottom corner. As Samut Prakan go all out to find a winner, there's still time for Nititorn to seize on a parried shot and bury the rebound, alas the eagle-eyed linesman instantly raises his flag and brings the ecstatic celebrations to an end. TV replay confirms it was the correct decision. 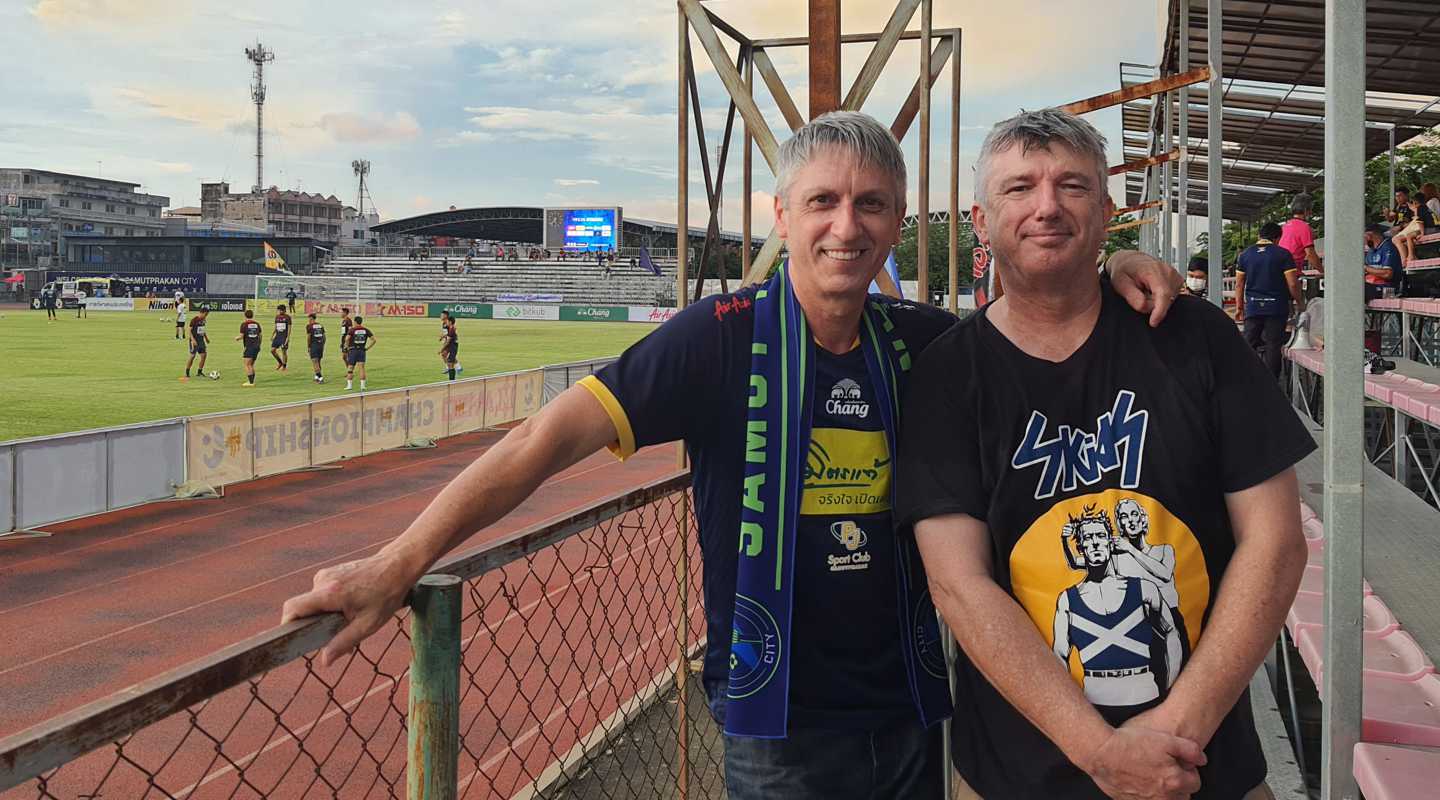 (It was a great night for meeting up with friends as Chonburi Dale kept me company in E stand. I last saw Dale just two months ago when we shared a curry at an Indian restaurant in Lichfield. It's an incredibly small world at times!)

On reflection, this was a result that was no good to either side. However, a point apiece keeps Samut Prakan still in touching distance of a play-off spot and moves Udon Thani one more priceless point closer to survival. I'll leave the summary to my good friends Dale and Svein, who were effectively sitting on opposite sides of the fence.

"Samut Prakan dominated possession, were much the better side, and fully deserved the victory" said Dale upon the final whistle.

"I'm disappointed because Udon had a wonderful chance to make it 2-0 in the second half and that would've sealed the win" argued Svein.

The truth is I can't disagree with either of them. 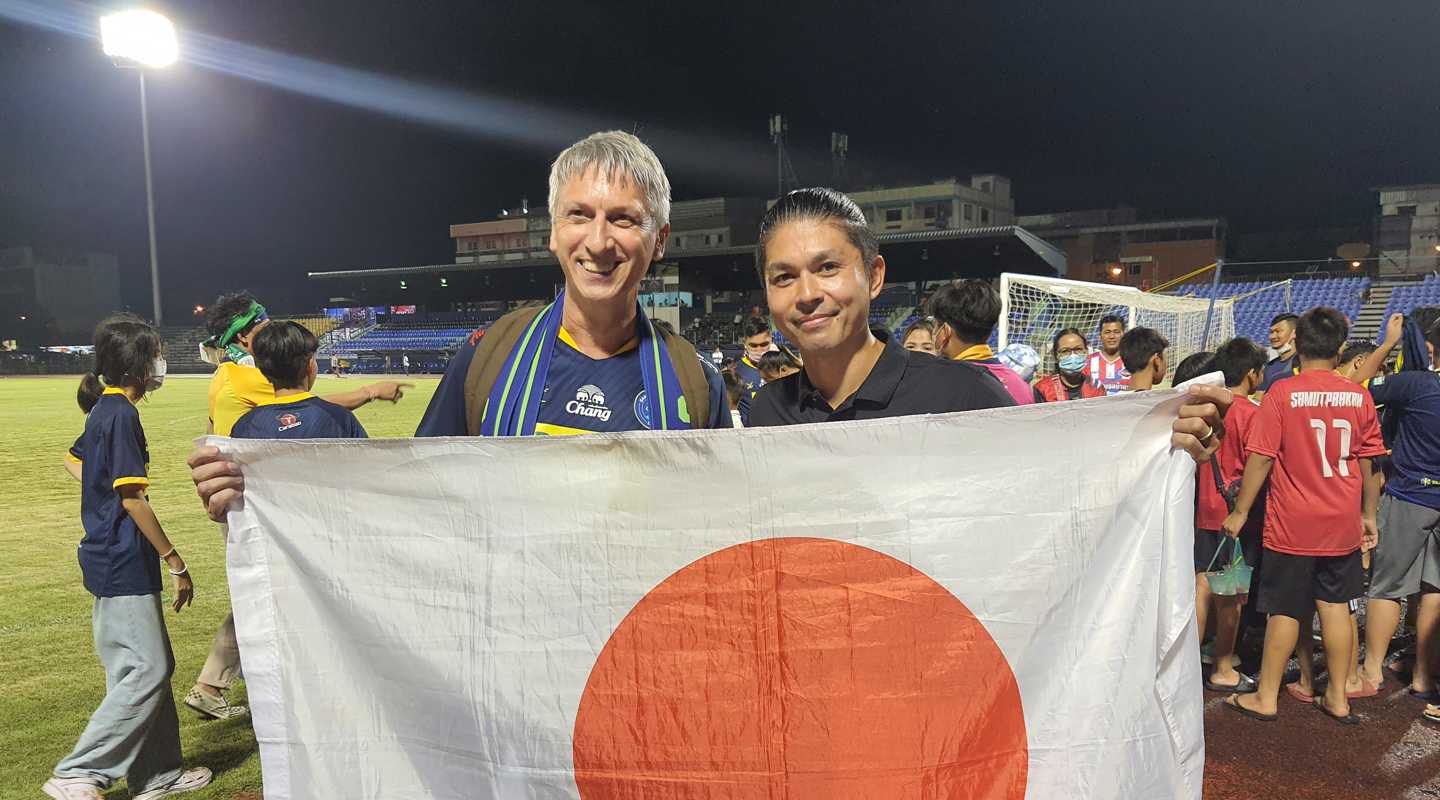 It's a long journey south to take on another struggling team Grand Andaman Ranong on Saturday 3rd December.

Yes, flights and hotels are booked and we're going to make a four-day break out of it. This will be my last chance to see Samut Prakan before the lengthy mid-season break from December 12th to January 6th. We have one more away game against Chiang Mai FC but sadly we're going to have give that one a miss.

The Giants desperately need an away win, just for a confidence boost. Hopefully today could be it.