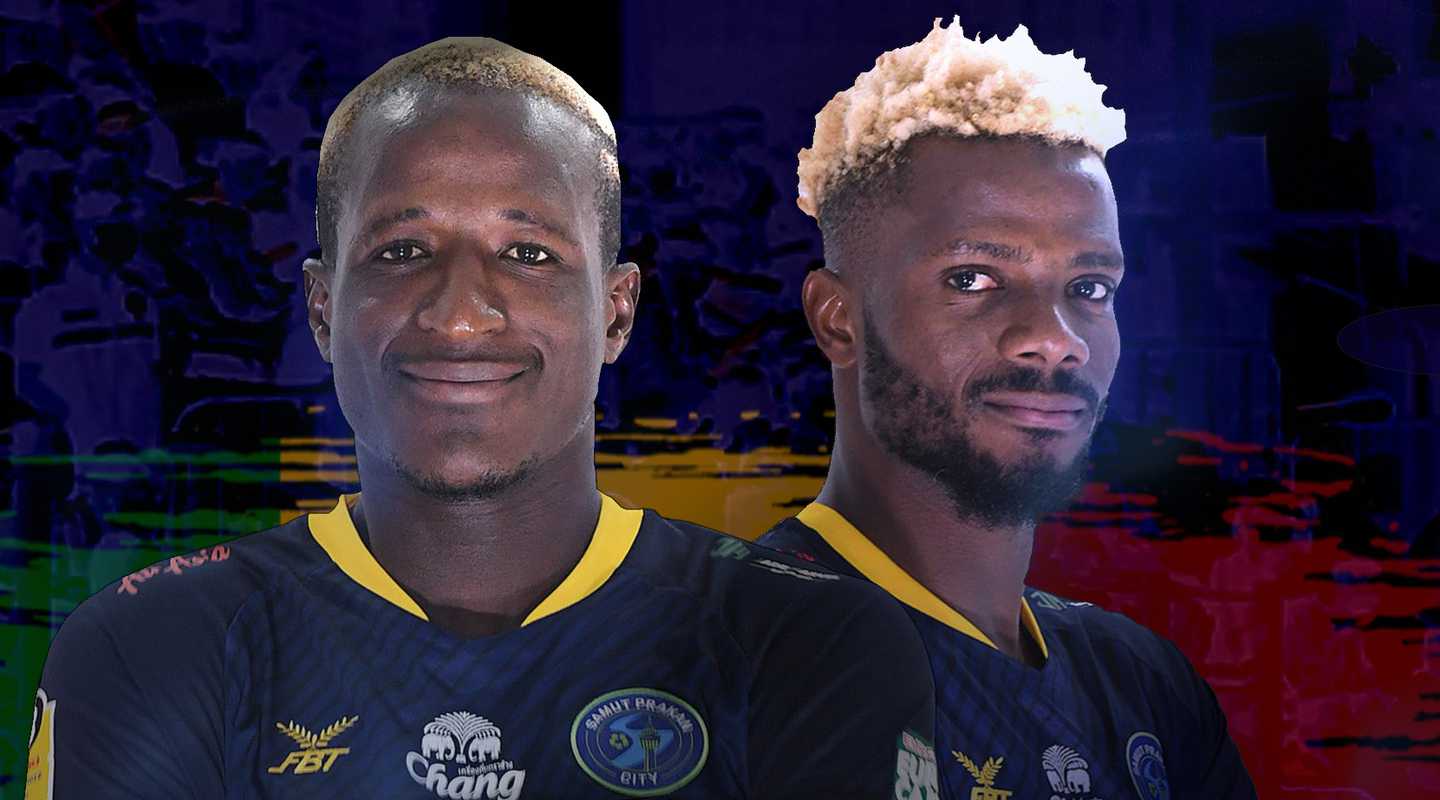 We won't get many better chances than this, at home to a struggling Krabi FC, who currently lie in the bottom three and have taken just two points away from home this season.

They certainly don't. Their away record this season is played 10, drawn two, and lost eight, including a 5-0 drubbing at Kasertsat FC in November. The home side probably just has to turn up. Oh if only it were that easy!

What was the result of this season's reverse fixture?

The two teams met in early September (Samut Prakan's second away game of the season) and fought out a 1-1 draw in the most appalling weather conditions. Samut Prakan were unlucky as Krabi equalised from the penalty spot (once the ref had located it in the mud) with virtually the last kick of the game.

It remains one of the few away trips I've missed this season: I was visiting family in England at the time.

So perhaps some club background?

Krabi FC (The Andaman Eagles) were formed in 2009, starting life in the third division south and finally winning promotion to the second tier in 2011. Over the following half a dozen seasons they established themselves as a solid if unspectacular mid-table side but luck ran out in 2018 when they were relegated back to the third division wilderness.

Last season (2021/22) Krabi were once again promoted as champions, but they've found life in division two tough, and as it stands now, there's every chance their stay could be a brief one.

Any Krabi FC players of note?

I suppose we should give a mention to their two foreign strikers, who have both featured in every league game and scored virtually all the goals. Wearing the number 99 on his shirt, Nigerian Chigozie arrived in Thailand and had a decent first season at Uthai Thani (11 goals in 22 games) before moving south to Krabi. The 25-year-old winger has also played in Slovakia, Cyprus and Bulgaria.

His strike partner Badar Ali is from Oman but doesn't have his own Wikipedia entry. However we do know he's Krabi's top scorer with 8 league goals in this campaign. 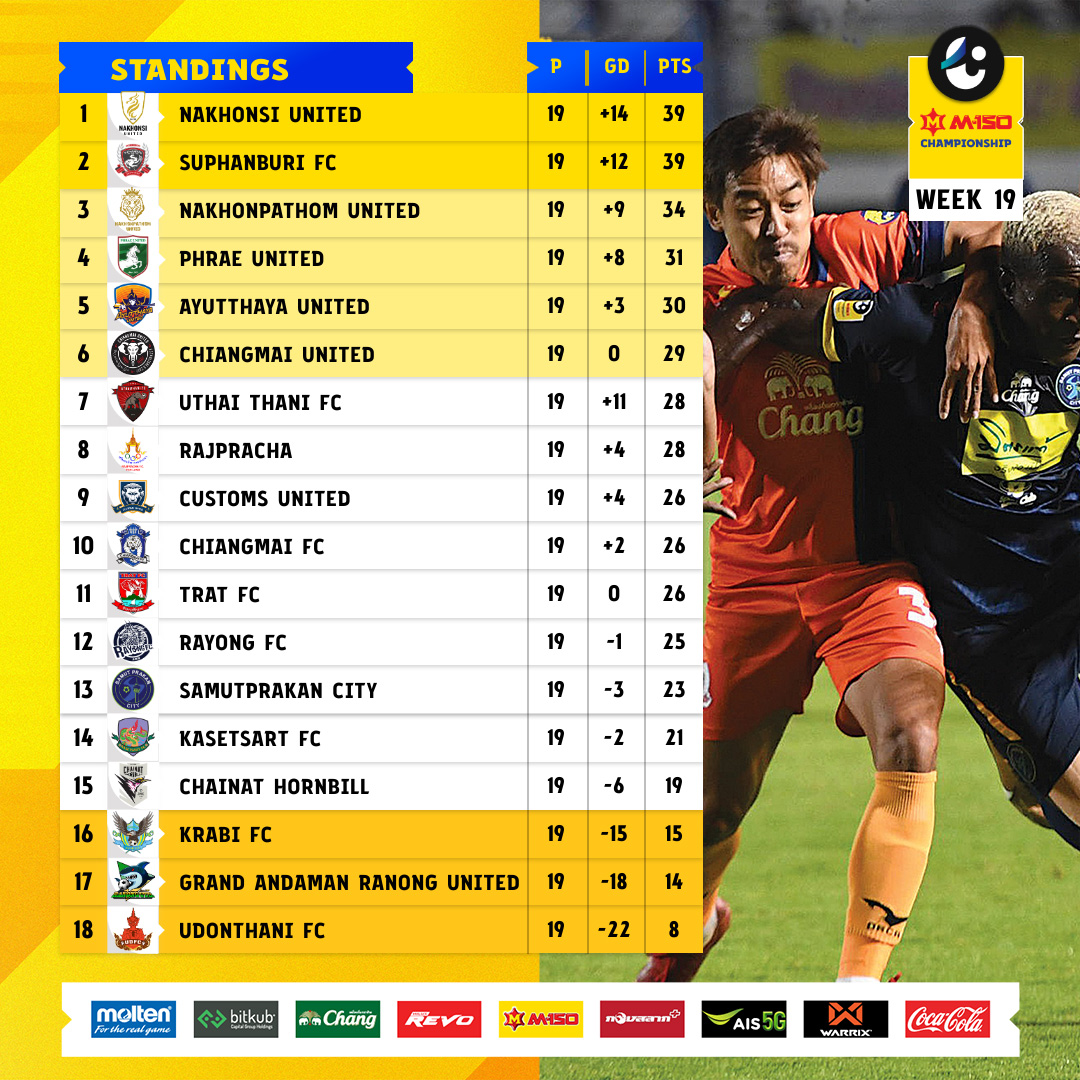 Nakhonsi United and Suphanburi occupy the two automatic promotion places and also have a very useful five-point buffer. Although I said in the last blog I considered these two teams as nailed on for promotion, I'm not so sure now having watched Suphanburi last weekend. Could they be caught by someone in that chasing pack?

I think any team from 3rd-13th could feasibly make the play offs (top six) if they string a run of decent results together.

At the foot of the table, Udon Thani FC already look doomed while Ranong and Krabi both need to start winning a few games if they are to survive.

Just six minutes in and the home side go a goal down. Krabi's impressive Korean forward Ho Ju feeds his even more impressive strike partner Chigozie and the Nigerian makes no mistake, side footing into the bottom corner.

12 minutes in and Krabi double their lead, this time the unmarked Chigozie latches on to a flighted cross from Badar Ali to score with a deft header. There is nothing but stunned disbelief among the Samut Prakan faithful amid the realisation that their team is already 2-0 down to a side that hasn't won away all season. And when your team is averaging less than a goal a game for the entire campaign, there is the realisation that it's game over. There is no way back from such an appalling start. Only Supawat's outstretched left hand prevents Krabi from making it three and Chigozie completeing a hat-trick within 20 minutes. Samut Prakan simply have no answer to the Nigerian striker's pace and trickery.

Samut Prakan make a double substitution on the half hour with two midfielders sacrificed for two strikers. Panudech is disappointingly hauled off along with Kasidit, and replaced by the wonder kid Yotsakorn and new arrival Sakunchai, on loan from premier league Muangthong. For all their effort and endeavour, Samut Prakan are limited to half chances and it's becoming a particularly frustrating evening for Toure, who seems to be struggling to stay on his feet. At the other end Krabi have further opportunities to put the game out of sight as Chigozie (who else?) sees a couple of long range efforts blocked.

The visitors show no signs of relinquishing their choke-hold on the contest. Chigozie sees yet another goal attempt well saved by the keeper and then has a header chalked off for offside. Samut Prakan finally get into the game and start to threaten themselves. Yotsakorn's rasping drive is parried into the path of Sho but the Japanese midfielder can't quite bundle in the rebound, whilst a long-range effort from Kitikai fizzes inches past the upright. When a Kirata schorcher is brilliantly tipped round the post by Panudan, you know this is just not going to be Samut Prakan's evening but their second half efforts are finally rewarded with an injury time goal from Yotsakorn, his fifth of the season. It's not going to affect the outcome though as the Andaman Eagles return home with a fully deserved three points.

Shortly after the final whistle, news filters through that head coach 'Bo' Jukkapant has decided he's not the man to take Samut Prakan forward and has tendered hs resignation along with his assistant. 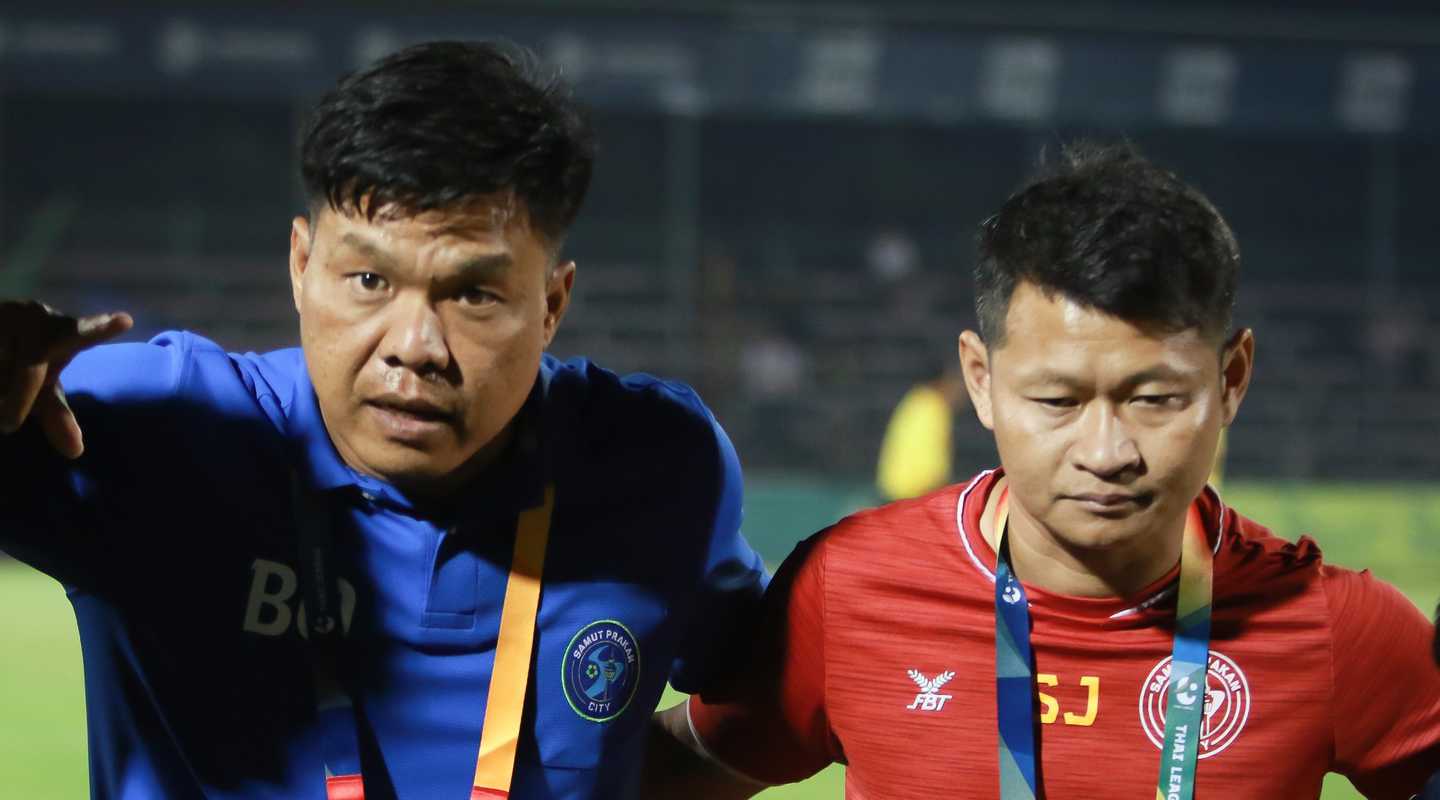 (The head coach and assistant have left the building. We wish them both good luck for the future. Photo credit: Bonus Cam)

I'm really not sure where to start. This feels like a bit of a black cloud has descended over the club again. OK, we haven't been scoring goals this season but most of our home performances have been easy on the eye. Tonight we looked disjointed and bereft of ideas. There seemed to be no game plan and Krabi found us so comfortable to play against. In a recent blog, I called for a number of the new arrivals to start in an attempt to change our fortunes...and that's exactly what we got tonight. Perhaps I got it wrong and it was a mistake to introduce so many new faces at the same stage.

To compound matters, we've now lost the coach and assistant coach. I'm not saying they were the guys to get us out of these tricky times but the reality is that we are now just five points above the relegation zone. Someone has to come in and save our season because we've got a difficult late January and February ahead of us, including four away games that are mostly against top half opposition.

At the end of tonight's match, I grabbed a few words with regular captain Sakesit, who seems to have been dropped from the first team for some reason. Tonight's contest was screaming out for his cool head in the heart of the defence. A simple "why aren't you playing?" was met with an even simpler "I don't know"

It was a fitting end to a forgettable evening.