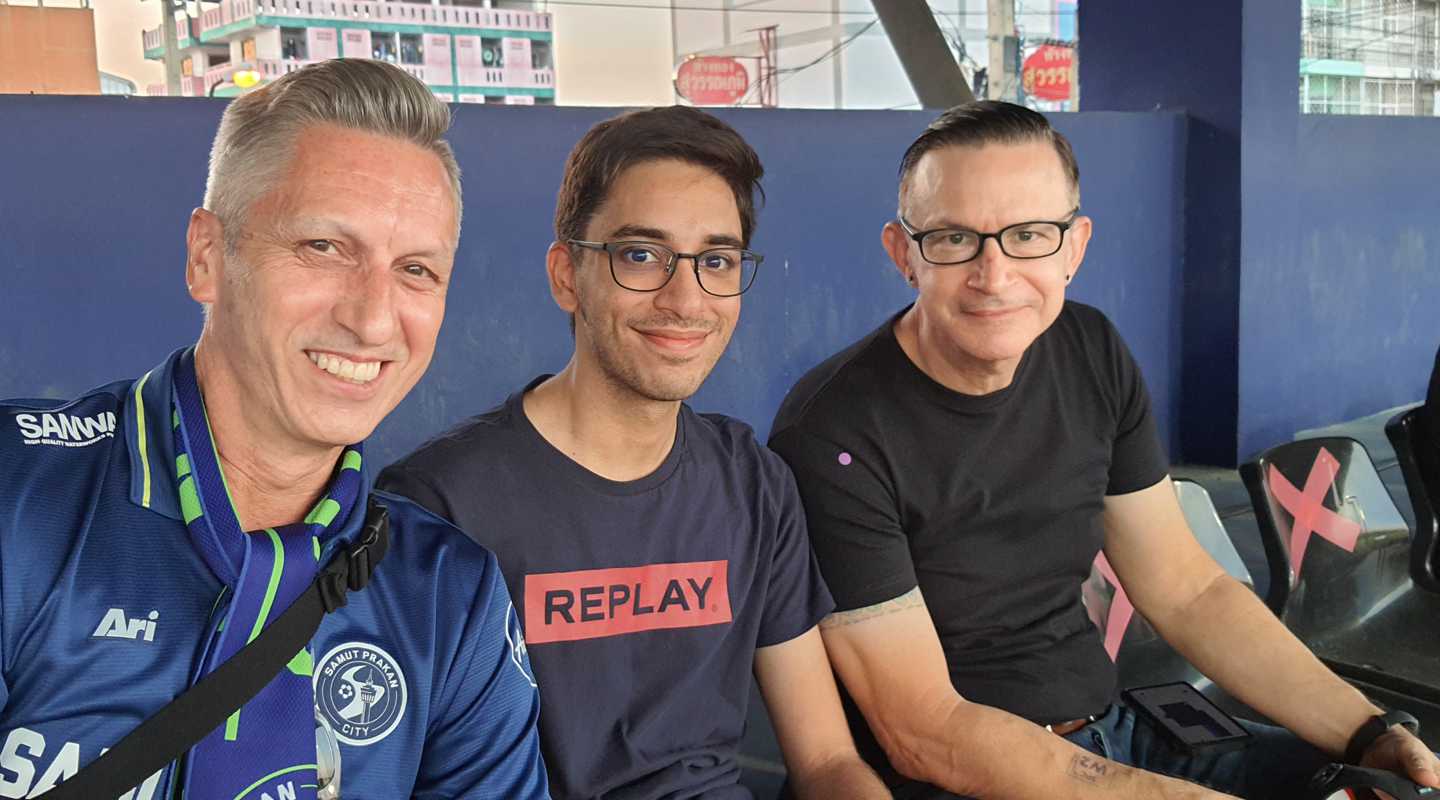 (Suphanburi's last game at Samut Prakan was 13 months ago and ended in a 2-1 win for the visitors. It was the last time I saw my football friends Gian and Tommy, and neither of them could believe we lost the game, such was our domination on the night)

The two clubs have met four times in the Thai Premier league and you couldn't wish for a stranger set of results. There have been two victories apiece with all of them coming away from home! Although we've beaten them twice at the Suphanburi Stadium, the War Elephant have taken maximum points from their two trips to Bang Plee, beating us 3-2 at the tail-end of Samut Prakan's first season and then doing us a second time in October of last year, when a winning goal in the dying seconds handed them a 2-1 win. Let's hope for third time lucky eh?

How are Suphanburi doing this season?

They are currently 15th in the Thai Premier, having won just one of their 13 matches (a 2-1 home win against Port in September). They are also on a terrible run of seven straight defeats.

Suphanburi for the drop?

Let's face it, there won't be many tears shed among the neutrals if Suphanburi find themselves in the second tier. This is a club living very much on borrowed time. They only survived relegation in the 2019 season because PTT Rayong went out of business at the end of the campaign and Suphanburi were granted a reprieve. Then last season, their survival was the result of some final day drama and a victory at home to Sukhothai that sent the visitors down instead. Suphanburi's luck must surely run out some time.

Apichai Munotsa moved from Samut Prakan to Suphanburi in the summer of this year but due to a lengthy injury hasn't made an appearance for his new club as yet. The 29-year old striker only scored one goal in 14 league appearances for Samut Prakan but was a very useful squad player. I occasionally look at Apichai's Facebook page and he always comes across as a good father and devoted family man. I like that. 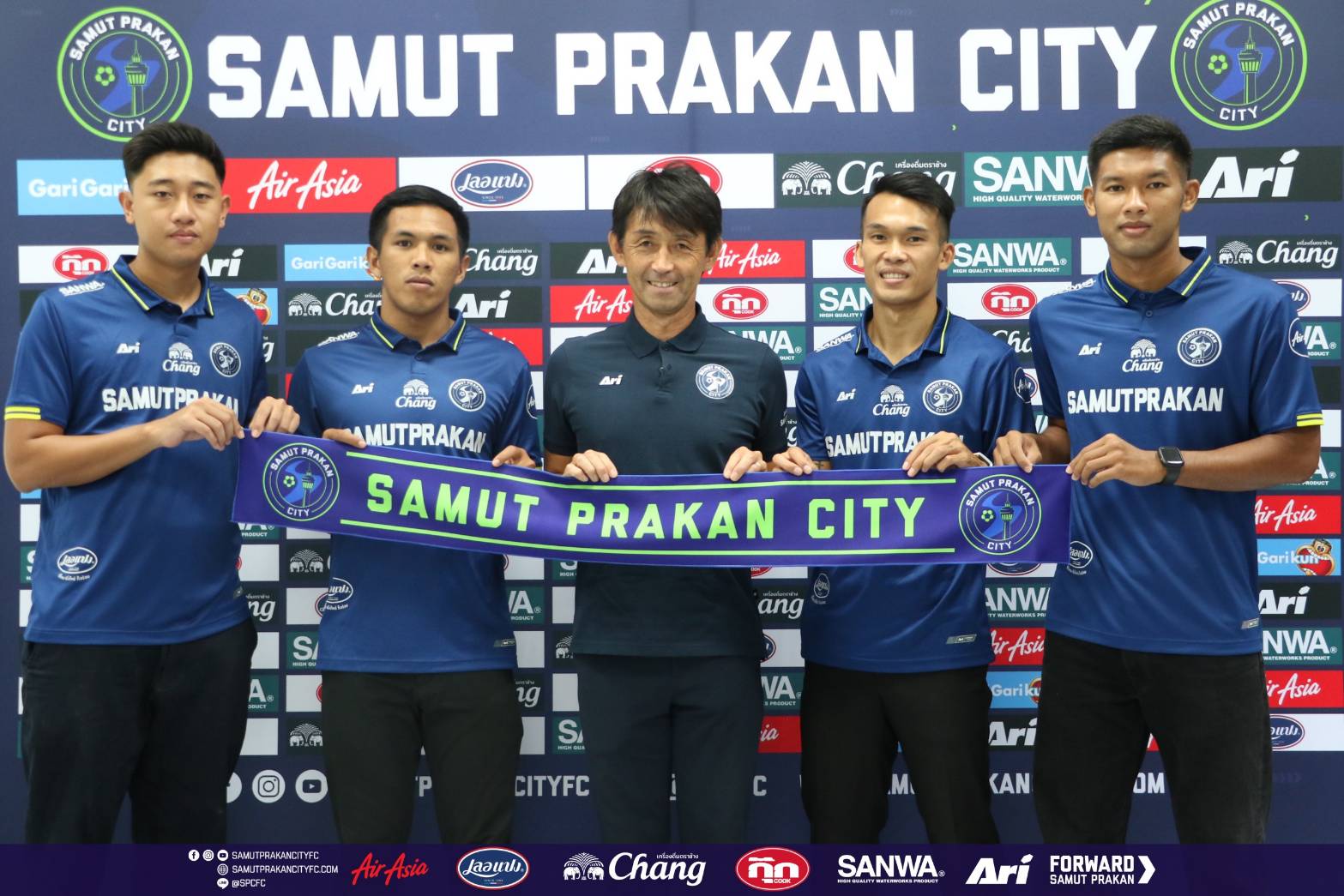 (Apichai Munotsa - second right, next to Coach Ishii, on the day he joined Samut Prakan City)

I said at the start of the season, as long as there are three teams weaker than us, then we won't go down, and my opinion hasn't changed. Let's have a reality check here - we need to be focusing on the four clubs currently below us in the league and not the ones above. As the table stands it's Samut Prakan and Khonkaen both on 14 points, with PT Prachuap, Suphanburi and Chiang Mai United occupying the three relegation slots on 9,7 and 6 points respectively. We need to keep that five-point buffer intact.

We have to win today. It's that simple. I'll take a 1-0 victory and I don't care how the winning goal goes in.

Before we get into the game itself, a new striker!

According to media reports, Samut Prakan have signed Chatree Rattanawong from second division Sukhothai for the second leg of the season. The bad news is that he's played just four times for Sukhothai this season, totalling around 155 minutes on the pitch. I'm not sure whether he's been missing through injury or simply hasn't made the first team squad. 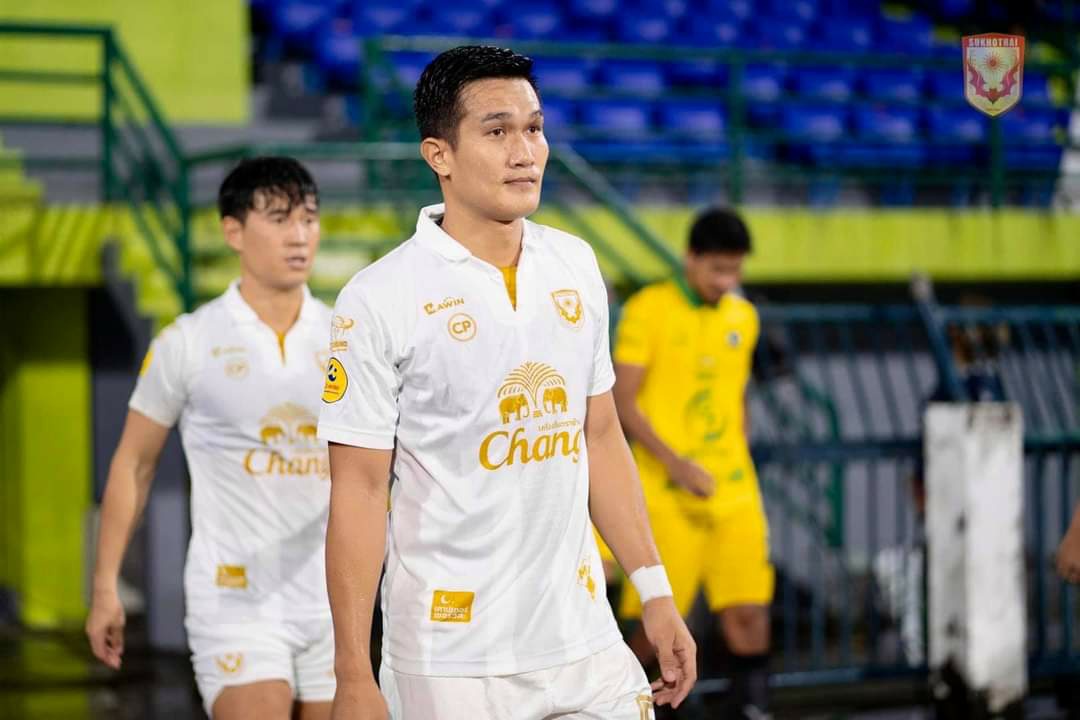 Both Captain Chayawat and Daisue Sakai made their returns to the starting eleven but Yuto Ono was still missing through injury.

Wherever they are in the league and however poor their current form, Suphanburi seem to relish playing at the SAT Stadium and they came flying out of the traps, Brazilian striker Danilo almost giving the visitors a dream start in the opening minute but Pathiwat saved neatly at his near post. Danilo proved to be a thorn in Samut Prakan's side all evening and he opened the scoring on 13 minutes, latching on to a through ball and dancing his way around the home defence before slotting home a cool finish.

I'm not sure whether the first half was Samut Prakan's worst 45 minutes of the season but it came mighty close. There was little cohesion in our play and a hungrier Suphanburi seemed to outmuscle us in midfield at every turn. Frustration started to creep in and defenders Chaiyawat and Suphanan both received yellow cards.

If Danilo caught the eye for the away side, Ivorian midfielder Lossémy Karaboué was just as impressive. The two players combined to double Suphanburi's lead on 37 minutes - Danilo with the square pass and Karaboue with a shot from distance, a super goal that had goalkeeper Pathiwat shaking his head in disbelief.

Needing to inject some urgency into Samut Prakan's play, Coach Ishii made two substitutions at the break including Chaiyawat Buran, with reports coming through that he was taken away to hospital by ambulance. Hopefully nothing serious. 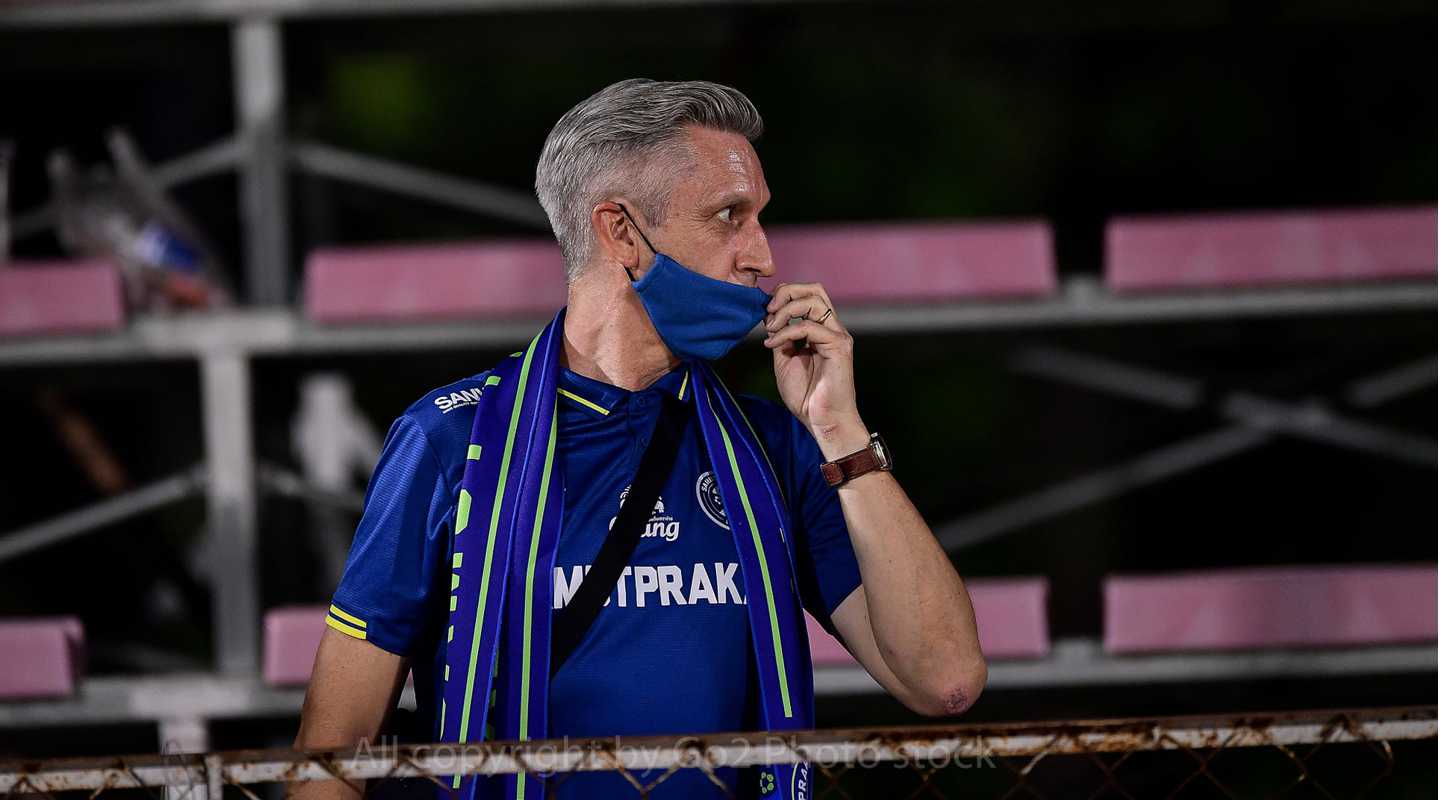 If Samut Prakan were to get back into the contest, they needed something early, and Daisuke Sakai's 49th minute chip lit the touchpaper.

Media rumours are growing stronger of new Samut Prakan signings and that Eliandro could well be on his way during the season's mid-point break, but it was the Brazilian striker's tenacious closing down of the opposing goalkeeper that forced an error and presented Daisuke with his chance. You can't fault Eliandro's work-rate but three goals in 14 league appearances tells its own story.

The extremely modest home crowd (I'll re-visit that in a bit) turned up the volume and Samut Prakan responded with probably their best ten minutes of the contest but the longer that equaliser eluded them, the more Suphanburi grew back into the game. With the half's best opportunities coming for the visitors, Danilo had at least two chances to put the game out of sight but cleared the crossbar on both occasions.

Despite the defeat, I still feel we're too good to get dragged into a relegation scrap but this game wasn't a case of Samut Prakan being unlucky, Suphanburi fully deserved their three points. A woeful first half performance cost us the game and although we played better in the second period, the damage had been done. That mid-season, six-week break can't come quickly enough - a chance to re-group and hopefully bring in a few new faces to strengthen the squad. 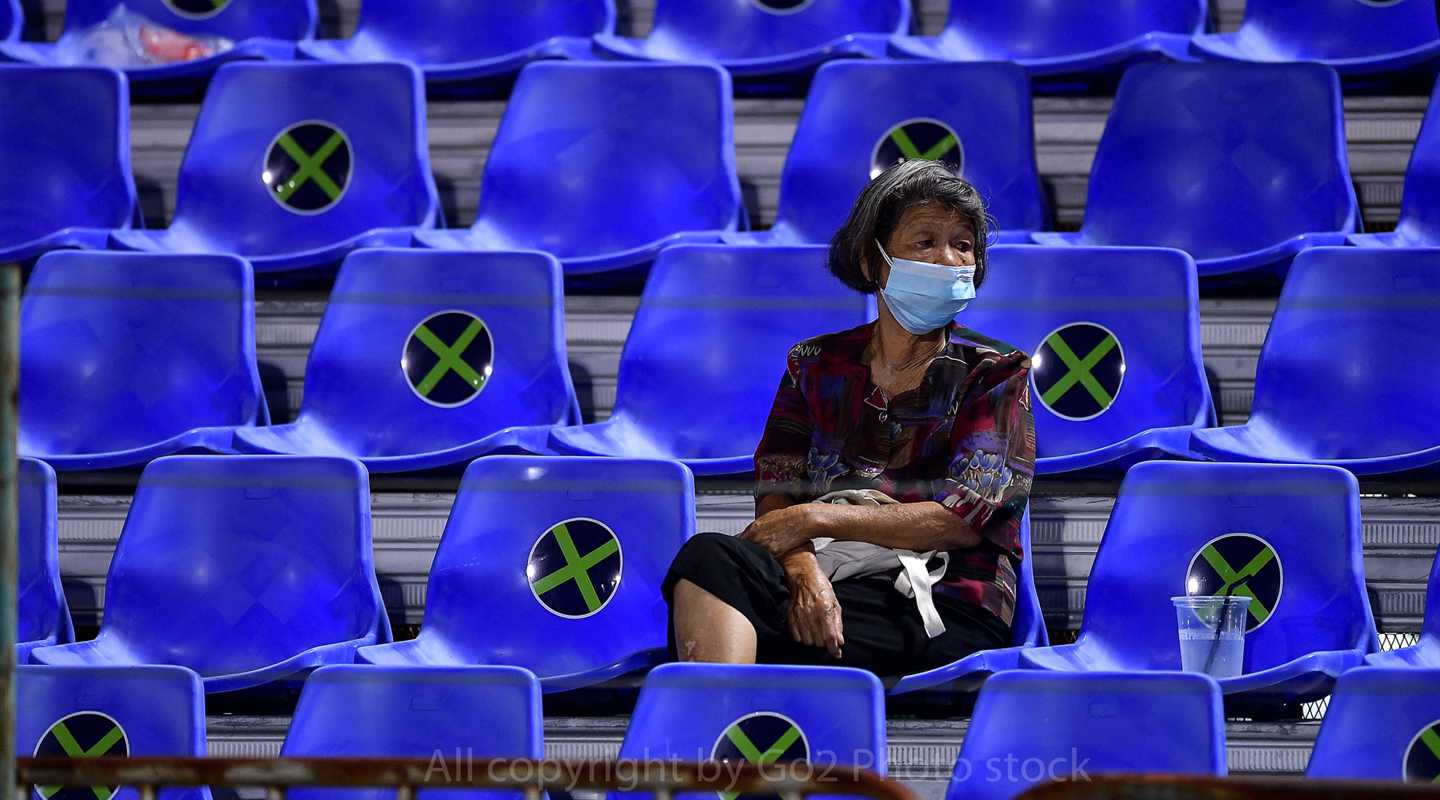 A word on the attendance

As crowd numbers seem to be increasing nicely at other clubs (Nakhon Ratchisima had almost 3,000 today for their game against Chonburi) just 451 showed up at the Sat Stadium for today's encounter, a truly abysmal turnout. I'm not sure how long we can keep using the excuse of fans not being vaccinated either. The hardcore supporters are still coming to games but it seems the hundreds, if not thousands of 'floaters', are choosing to stay away and watch the games on TV.

We turn our attention to the FA Cup round of 32 and a midweek home tie on Wednesday 24th November against Thai amateur outfit, Rasisalai United.