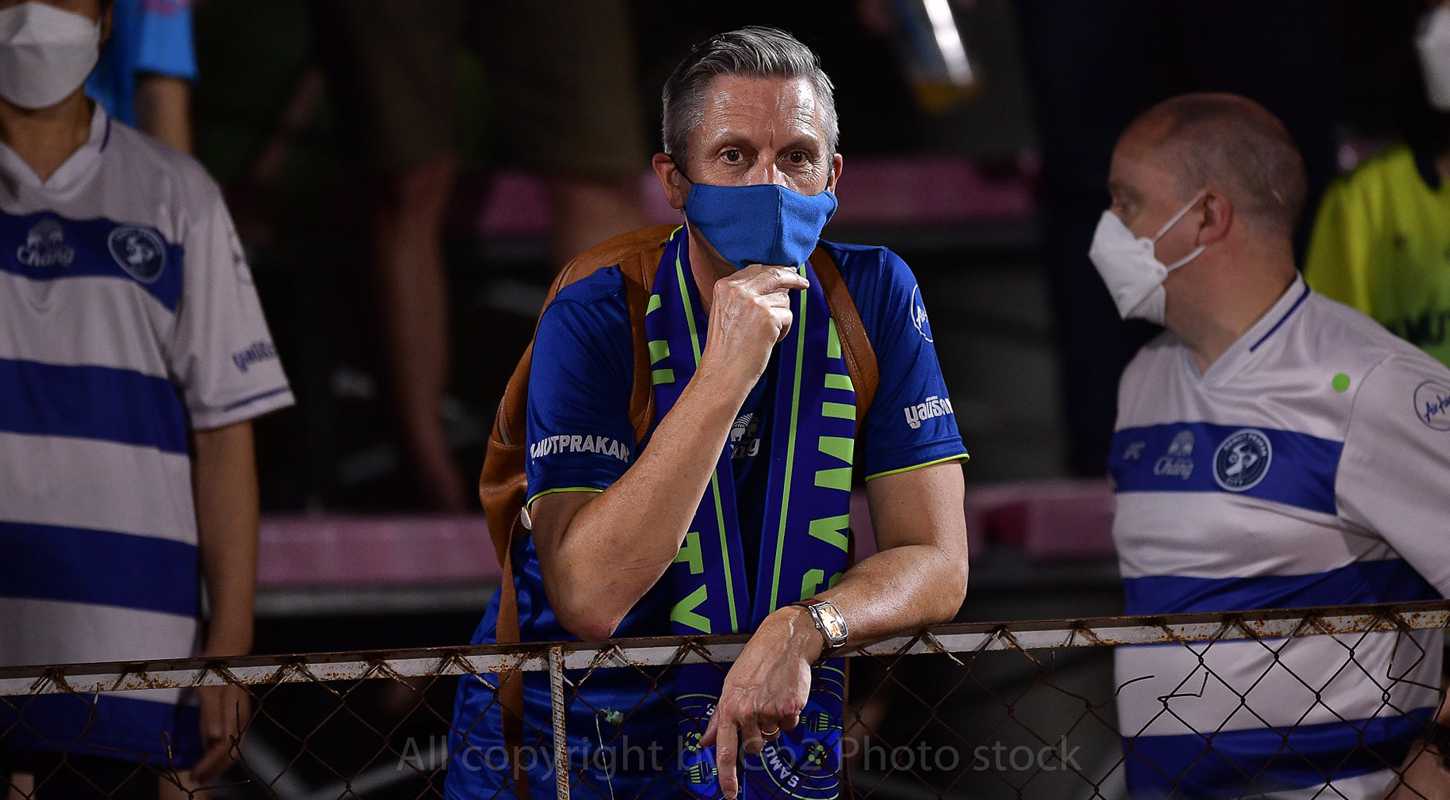 (Is it going to be another one of those nights? Photo: Go2Photo Stock)

As has been the norm in recent blogs, let's start with a look at the current situation at the bottom of the table.

Suphanburi started things off on Saturday with a 1-1 home draw against Muangthong, whilst Ratchaburi, who were beaten 1-0 at PT Prachuap, have now (kind of) been dragged into the mix.

The objective is simple. Samut Prakan have to catch two of the three teams currently above them, with Suphanburi certainly one of the obvious targets.

Bottom club Chiang Mai United, now 14 points adrift of safety, are virtually down and hardly worth a mention.

Samut Prakan fans have had an 11-day break since the last game (the 3-0 loss at home to BG Pathum)?

I don't know about other fans but I certainly needed the respite. For that last game against BG Pathum, it was the first time in three seasons that I went along feeling I was doing it out of a sense of obligation rather than something I was genuinely looking forward to. Of course a football fan should support their team through thick and thin, but that doesn't make it any less tough when you're at the wrong end of the table. I hate myself for feeling this way but the end of the season can't come quick enough. It's been a rather long, hard slog at times.

How are Chonburi FC doing this season?

The Sharks had an excellent first half of the campaign. They cemented a regular place in the top three and were responsible for one of the surprise results of the season - a 7-0 rout of Khon Kaen on the road. Alas, they have rather lost their bite in the last couple of months and are currently six games without a win, a run that has seen them drop to 6th in the table.

We have a good record against Chonburi at home?

The clubs have met twice at the Samut Prakan Stadium and it's two wins for the Sea Fang. Last season, fans were treated to a sublime hat-trick from Barros Tardelli as Samut Prakan ran out comfortable 4-1 winners. The season before, there was only one goal in the contest but Samut Prakan were far more dominant than the 1-0 scoreline suggested.

However - and not wishing to be a pessimistic killjoy - these are very different times.

Unseasonably heavy rain in the hour or so leading up to the game might have had a considerable effect on the attendance but boosted by a commendable Chonburi away following, we managed 854 through the turnstiles this evening. It was also encouraging to see how relaxed the Covid requirements had become - just a cursory wave of a temperature gun, no scrutiny of vaccine records or ID cards / passports, nothing.

Samut Prakan had no injury worries so were able to name a full strength side, except for perhaps Daisuke Sakai, who once again filled the role of the out-of-favour benchwarmer.

Manager Yoshida had said in his pre-match interview that creating goalscoring chances was still Samut Prakan's biggest problem so he would have been pleased with an opening ten minutes that saw the resurgent Noppon Phonkam try to chip the Chonburi keeper from distance and Captain Chayawat and Aris both see headers well saved.

For Chonburi, the best chances fell to the off colour Dennis Murillo but the Brazilian striker, in his first season at the club, fluffed his lines on each occasion.

As the first period drew to a close, you got the feeling a solitary goal might well be enough to win this one.

Within a minute of the re-start, the visitors had the ball in the net but the effort was chalked off with veteran number 10 Kroekrit clearly in an offside position.

The home side responded well. Chaiyawat Buran stung the goalkeeper's hands with a long range shot and Kevin Ingreso's chance of a first goal for the club was foiled by a last ditch tackle.

Japanese midfielder Daisuke Sakai was thrown on with half an hour remaining and on 67 minutes, Samut Prakan deservedly get their reward for some intense pressure and neat football. Samuel Rosa does well to control the ball on the edge of the area, an Ingreso cross is flicked on by Captain Chayawat and it's left to Aris Jarifovic to hook the ball in from a seemingly impossible angle. You can see by the wild celebrations on the touchline what that goal means to Samut Prakan.

In the final stages, Chonburi serve up a masterclass in attacking football but when Murillo blasted over the bar with just three minutes left on the clock, you'd be forgiven for thinking it was surely going to be Samut Prakan's night. And you would be wrong. A perfect low drive into the bottom corner from Korean attacker Yoo Byungsoo guarantees The Sharks a share of the spoils in the second minute of injury time. And while the Samut Prakan players are still shaking their heads in disbelief, Phantamit knocks in a 95th minute winner. Samut Prakan have well and truly snatched defeat from the jaws of victory.

With the final whistle already blown and the Chonburi fans in celebration mode, Suphanan Bureerat is shown a red card for a late foul to compound another forgettable evening down at the SAT Stadium.

I didn't know what emotion to feel on the journey home. Anger? Disappointment? How can you not only see out five minutes of injury time but concede twice?

News comes through that Nakhon Ratchisima have been beaten 3-2 at Port. This was the perfect opportunity to gain some ground on a team above us...and we blew it.

I've updated the relegation zone below, but not really sure why I'm bothering to analyze what's now become a mission virtually impossible.

We need to win all of our remaining games to even stand half a chance of surviving and that just ain't going to happen. You can't ask a team that has won just four games all season to then go on and win its last four. That just doesn't happen in football...in any league in the world.

It's all over bar the shouting. We're like a horse with a broken neck waiting to be put of its misery. Sorry guys, it's time to prepare for life in the second division.

The April fixture dates have not been finalised at the time of writing. All we know is that we have four games left to play and that final run will possibly start on Saturday April 9th away at Muangthong. But before that, my wife and I are off on a road trip down south between the 28th March and 4th April - a very welcome break from the football.