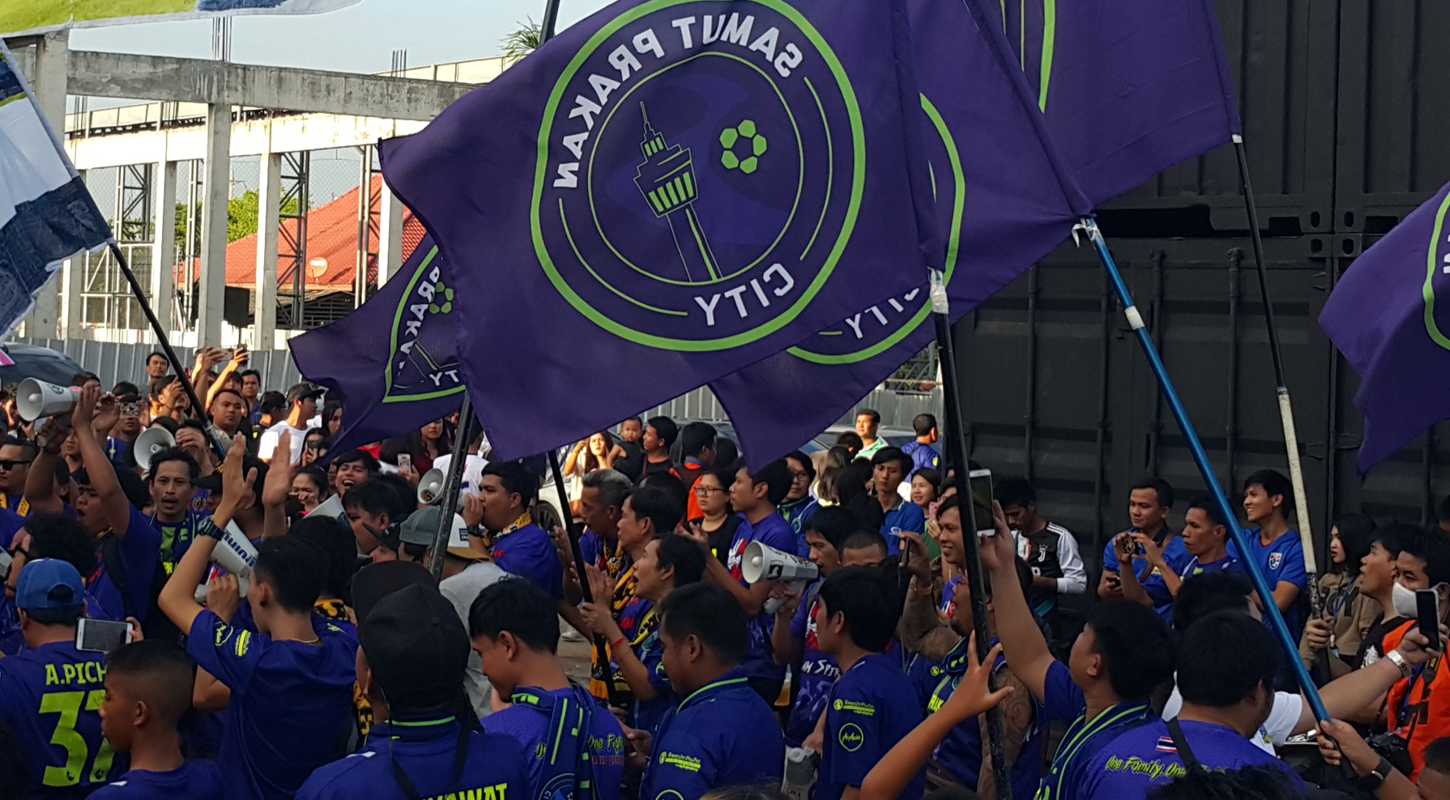 (With a stadium capacity set at 50%, we won't experience the same atmosphere that we managed at home to Buriram in our very first season but with several sections of the stadium already sold out, there could still be a decent 2,000 - 2,500 crowd there)

It feels like my feet haven't touched the floor in the last six weeks or so. In that time we've travelled the length of the country to Khon Kaen, Pluakdaeng, Songkhla, Ratchaburi, Chiang Mai and Buriram. It's actually going to be nice to get back to some sort of one-game-a-week normality including comfortable away trips to the likes of Port and Muangthong.

So we've got ten games left starting with the league leaders Buriram at home?

On paper I'd say it's our most difficult fixture remaining. Let's get this one out of the way.

Buriram for the league title?

Very difficult to bet against them with a five point lead at the top of the table. February could go a long way to deciding if they're going to lift the trophy with two 'tricky' home games against Port and BG Pathum and a trip to Nakhon Ratchisima (plus Samut Prakan away of course) 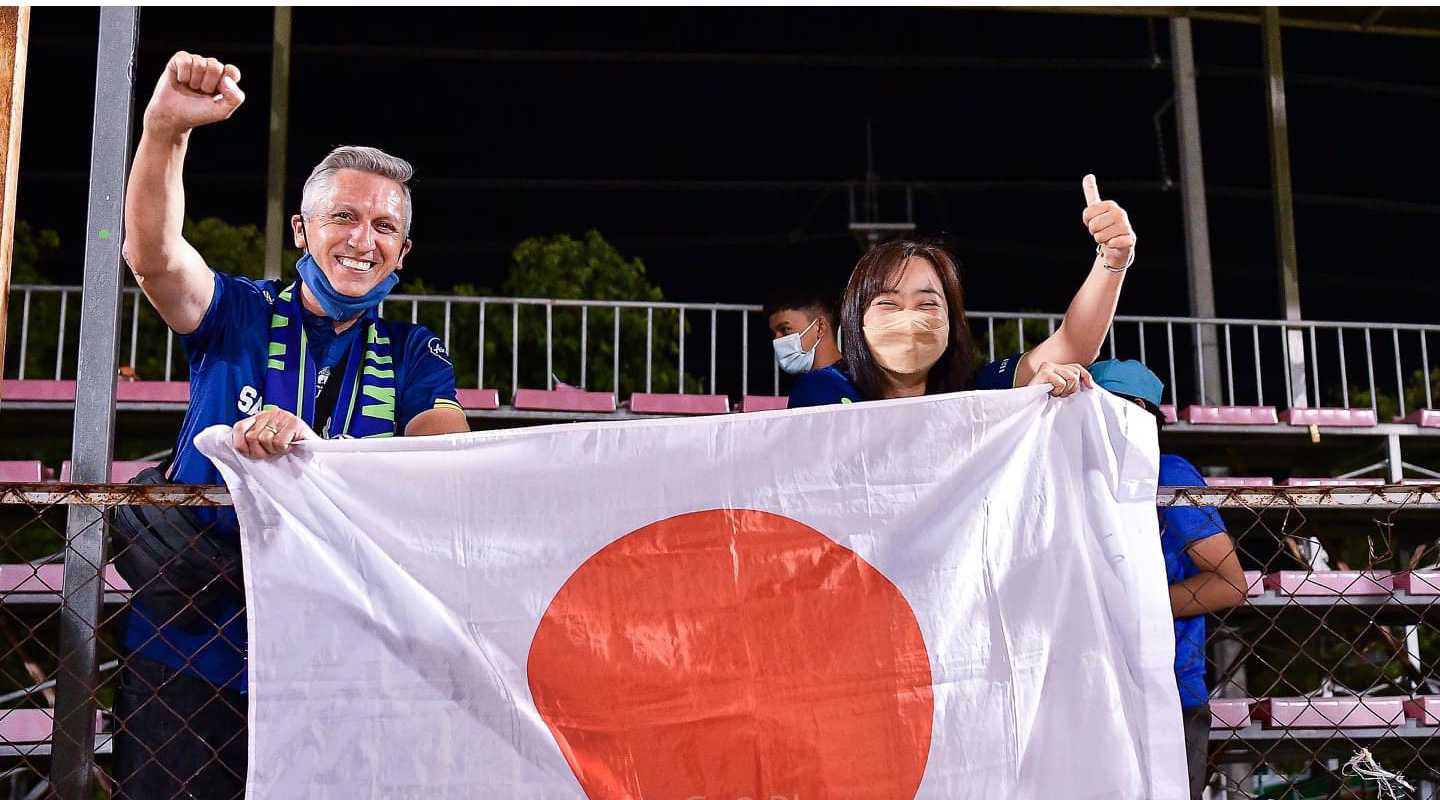 (Let's hope our dynamic Japanese duo of Yuto Ono and Daisue Sakai are on fire today!)

All the teams above have played 20 games with 10 games remaining. This weekend, Ratchaburi host Suphanburi at the Mitr Phol Stadium (perhaps a draw would be the ideal outcome) and Prachuap are at home to second-place Bangkok United. Chiang Mai United aren't doomed just yet so for the record they have a tough away game at Port FC.

Do the hardcore Samut Prakan fans think their team will be relegated?

Of those I've dared to ask, some do and some don't. It's about 50/50 I would say. You've got realists like Sheffield Jon, the only other foreign supporter I see regularly at games. Jon thinks we were as good as down several weeks ago. He just can't see this squad being able to turn things around and I'm inclined to agree (but we both remain hopeful).

Then of course you have the 'romantics' who won't consider us down until survival is mathematically impossible.

Jui, a Thai Samut Prakan supporter who also follows the Japanese league very closely, makes an interesting observation - "I always believe that fans in this kind of situation have two opinions - emotion-based and logic-based. My logic-based opinion tells me that we are going down this season (we are still a big four points from safety) but I still emotionally want to believe that we can do it"

A couple of weeks ago, I put this same question to Paul Murphy, one of the most respected Thai football writers out there.  "I think you will just about survive" answered Paul "but (and it's a big but) you will have to pick up maximum points against Chiang Mai and PT Prachuap. If you fail to get six points from those two fixtures, it's going be a very tough battle"

Since I asked Paul that question on social media, we have already beaten 2-0 at Chiang Mai.

Let's get back to this weekend's fixture. What's Samut Prakan's home record like against Buriram?

The teams have met twice at the Samut Prakan Stadium and it's two wins for Buriram.

Last season, Buriram stole the points with not one but two controversial late penalties that resulted in the referee needing a police escort to leave the pitch. The year before (Samut Prakan's first season as a premier league team) Buriram ran out 4-1 winners but it was a slightly flattering scoreline. 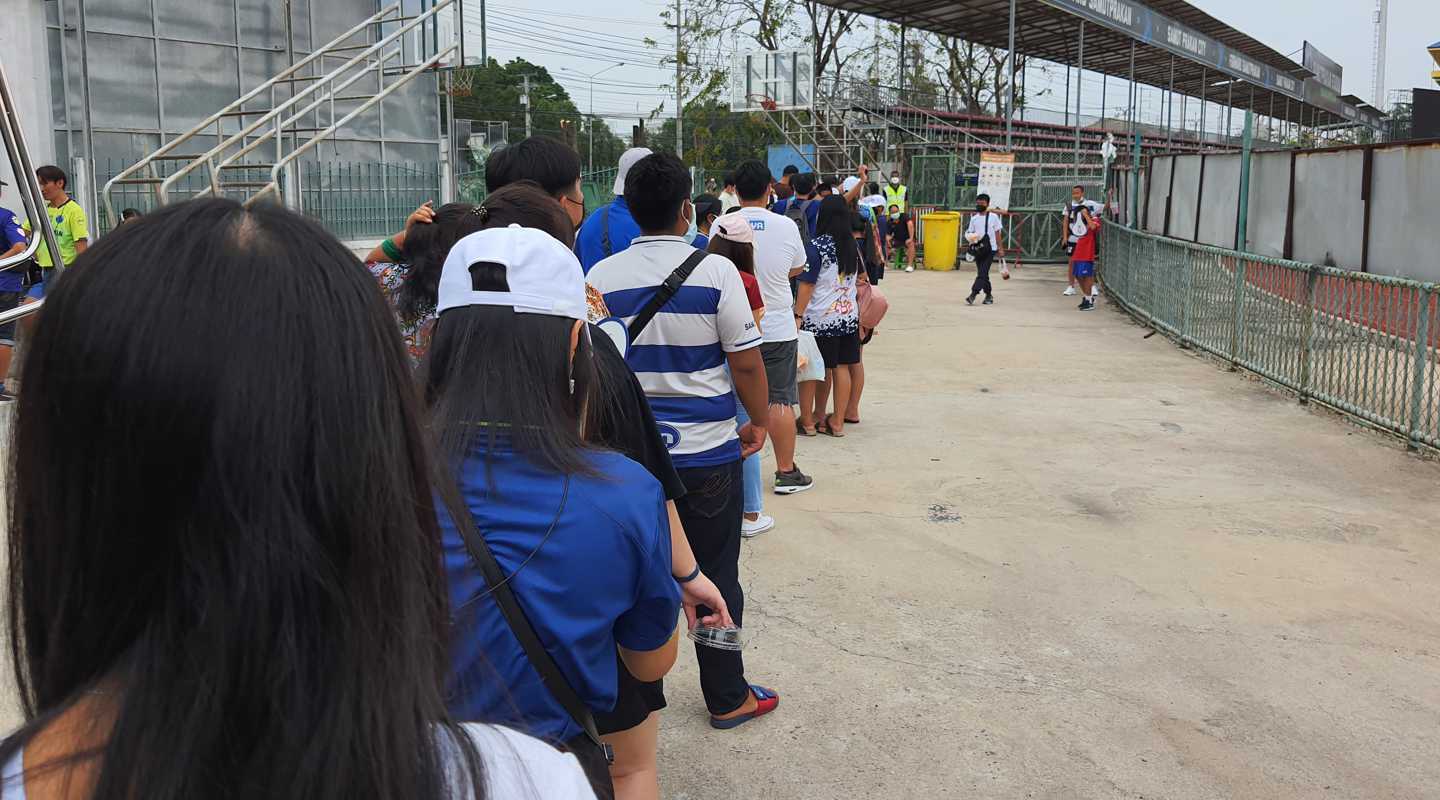 (A malfunction in the online ticketing system meant that for a brief period, security staff couldn't scan the bar codes on mobile phone tickets. This led to unusually long queues forming to enter the stadium)

Manager Yoshida, looking for his first league win as Samut Prakan manager, went for a defensive-looking line-up with a five-man back line, four in midfield and Captain Chayawat Srinawong playing as the lone striker. I hate to tell the boss his job but not getting enough bodies forward every time Samut Prakan won possession in their own half was to become a frustrating feature of this game, particularly in the first half.

As was the case in Wednesday's league cup game against the same opposition, Samut Prakan almost found themselves behind at the very start of the contest but Bolingi's tap in on five minutes was ruled offside by VAR.

Both sides struggle to gain the upper hand but Supachoke goes close for Buriram when his cross-cum-shot is parried at the near post by Pathiwat in the Samut Prakan goal, banging his elbow painfully against the woodwork in the process.

The home side's best chance of the half falls to Daisuke Sakai, looking to resurrect his debut season at Samut Prakan, having gone off the boil of late. The lively Chaiyawat Buran plays a delightful through ball but the Japanese midfielder, presented with a dream one-on-one opportunity, shoots tamely at the keeper.

With the noisy 2,000-plus crowd contemplating their half-time refreshment, it's Congolese striker Jonathon Bolingi who conjures up a goal out of nothing and puts the visitors in front with a glancing header. Not quite the last action of the half, there's still time for the home side to have a penalty turned down for handball - but despite the hollers and cries of 'cheat' ringing out from the home fans in E zone, replays show it would have been an unfairly harsh decision. 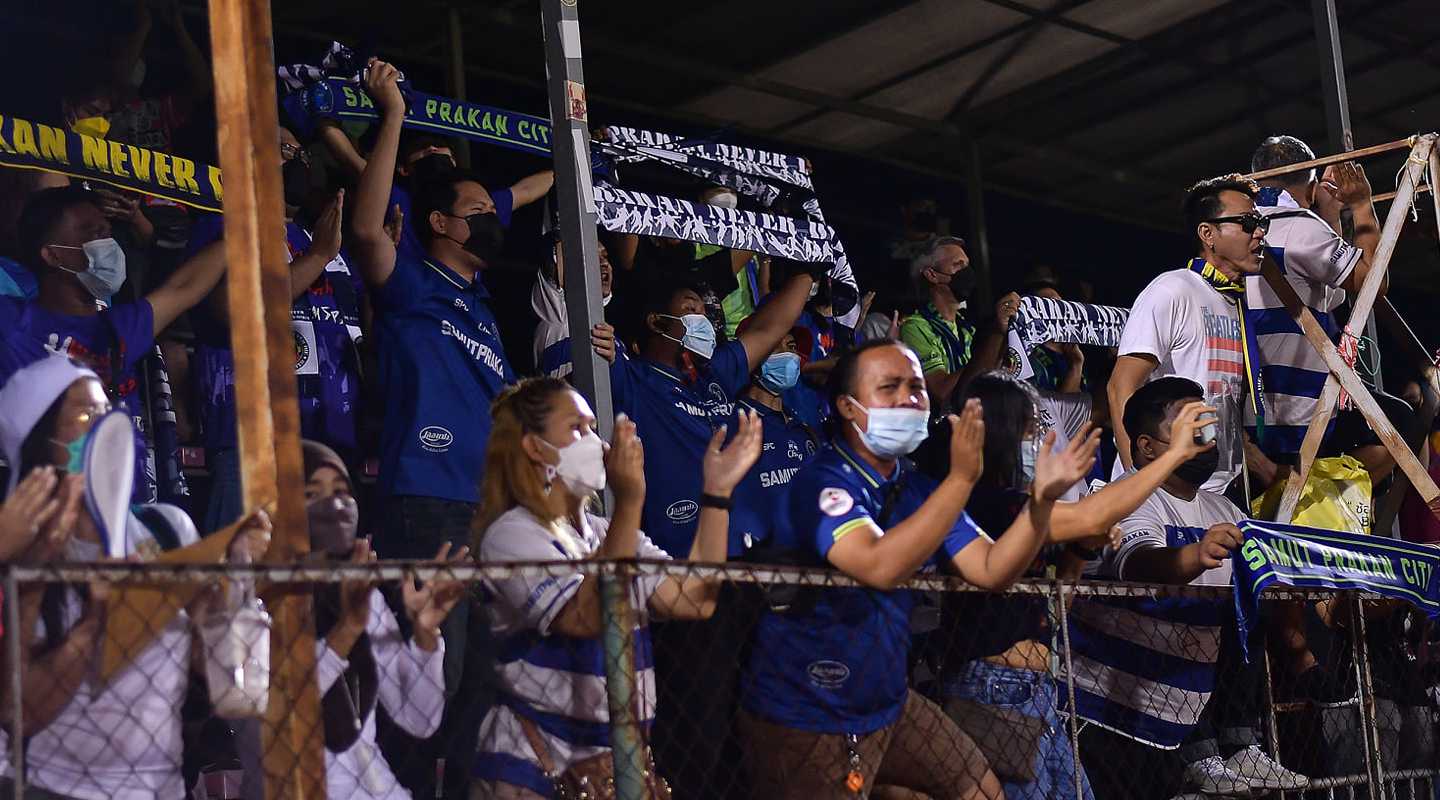 (With over 2,000 fans in attendance, it was just like the old days. Photo: Go2 Photo Stock)

The second period starts brightly for the visitors in orange. Bolingi has two opportunities to add to his goal tally but fires a free kick into the keeper's arms and then even at full stretch, he can't quite connect with an inswinging cross from Masika. At the other end, some smart interchange play between Setthawut and Chaiyawat deserves a far better finish. Encouraged, the home crowd decide to ramp up the volume, and Samut Prakan know that they are still in the contest at just the one goal down.

Chaiyawat Buran has the best chance of rescuing a priceless point but his shot from the edge of the penalty area goes agonizingly wide. Bolingi manages to hit the post in injury time but the game is already won for the men from the north east.

We played well enough to grab a point tonight but it just wasn't to be. I certainly can't criticize the team for their performance, particularly in the second half, but the major problems remain. We seem to run out of ideas in the final third with not enough players making runs off the ball and creating options. We're just too predictable with not enough attacking support and no one capable of hitting the target.

My Buriram supporter friend Jamie was unable to make the trip this time around and chose to watch the game from the comfort of his sofa. He messaged me after the game to say 'if Samut Prakan play like that for the rest of the season then they surely won't go down'. Those should be comforting words but once again we've gone home with zero points and time is running out.

On a final note, it was great to experience the kind of atmosphere that 2,000-plus fans can create. It felt like some of those memorable nights that we enjoyed regularly in our first two seasons. But we need those same fans to get behind us in the forthcoming, 'less attractive' home fixtures, not just when the league leaders are in town. The remaining games are even more important in terms of deciding whether or not we survive and extend our stay in the top flight. 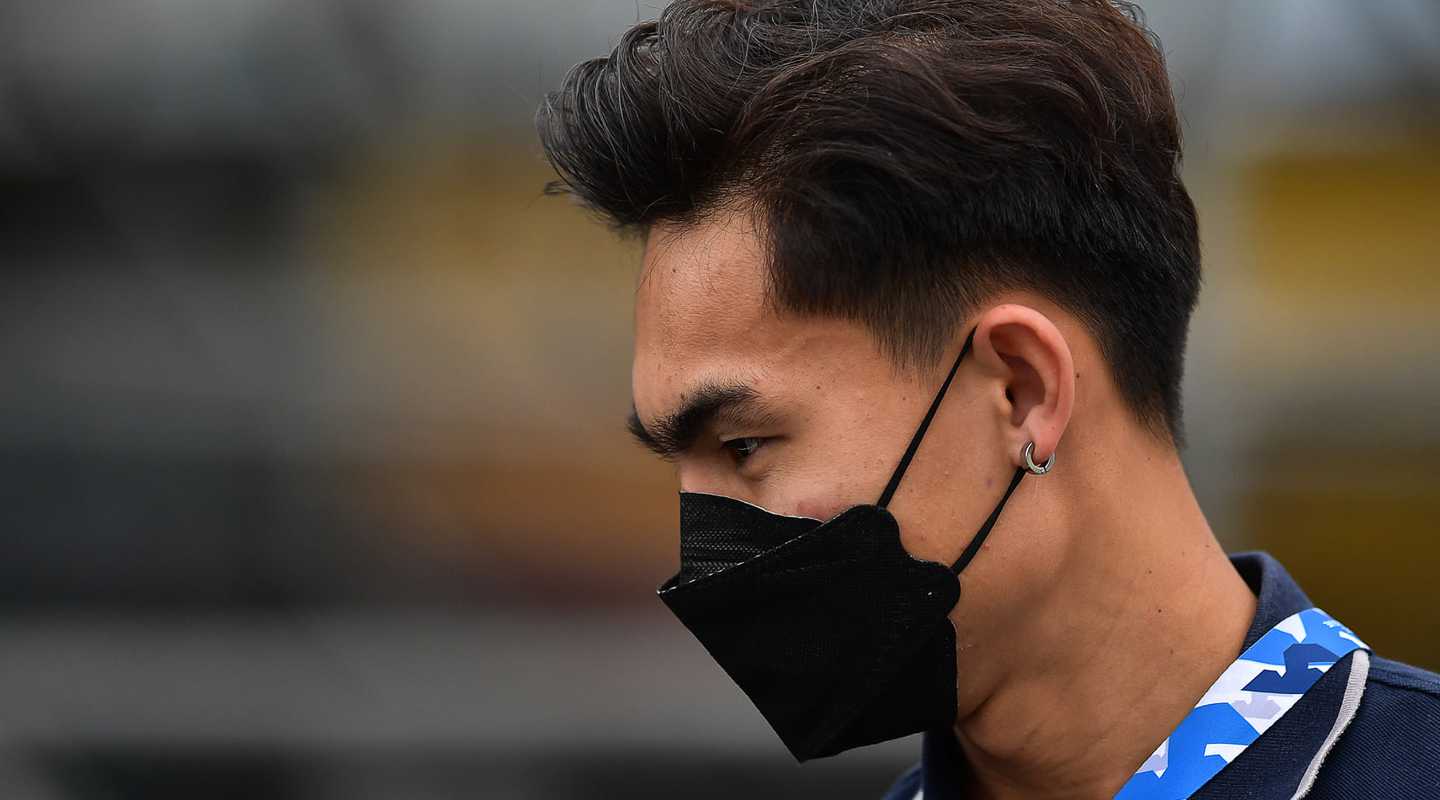 (Jaroensak. How much we miss this guy. Photo: Go2 Photo Stock)

A relegation six-pointer at home to PT Prachuap on Sunday 20th February, kick off 7.30 pm. An absolute must-win game.