One of my most vivid childhood memories was watching my Father sign documents and cheques. I used to love my Dad’s signature - an initial and surname written with a single, uninterrupted flourish, an intricate double ‘L’ in the middle of the surname ‘Williams’ and ending with a loopy ‘S’. He could write the same signature a hundred times and they would all look virtually identical.

I spent hours perfecting my own John Hancock, one that would look just like my Dad’s – but truth is, I never quite mastered it. I ended up with one of those elaborate signatures that looks ever so slightly different each time. If only I knew how problematic this would become in later life when dealing with Thai banks, and how many headaches it would cause.

Bugger! I need to go to the bank

Most long-term expats have a love-hate relationship with Thai banks. Whether it’s opening a savings account, transferring money overseas, applying for a credit card or simply requesting a current bank statement to show proof of address, the process is rarely as smooth as it should be. It almost feels at times like there is a deep mistrust of foreigners and what they are trying to do with their money. As a friend told me on social media

“I let my wife handle anything to do with Thai banking. I don’t ever go into my bank because when you have staff that are such sticklers for rules, I find it too stressful. And yet I’ve had tens of thousands of pounds flow through various accounts over a long period of time”

I’ve held a savings account with the same Thai bank for almost twenty years and I’m a well-known face in my local branch. I don’t go in there more than half a dozen times a year but they have very few foreigners bank there so I guess I’m something of a novelty.

In addition, several counter staff and the manager have worked there for a long time so I’ve strived to learn most of their formal Thai names and use them whenever I can. In turn, the staff always greet me as ‘Mr Philip’. They know my wife, they know my sister-in-law and they know where I live. It’s definitely not a bank I would choose to hold up at gunpoint.

You would think that such a level of familiarity would allow for a certain ‘bending of the rules’ on occasion. For example, on those days when I want to withdraw a few thousand Baht and I just happen to have forgotten my passport for identification purposes. You would be wrong. No passport, no withdrawal. It says so in that great big rule book that they keep behind the counter.

Let’s get back momentarily to signatures. I wouldn’t mind a dollar for every time my sample signature (which you provide when you open a bank account) and the one I’ve just scrawled on the bottom of a withdrawal slip have been compared and scrutinized.

Several months ago, I had no fewer than FOUR bank staff poring over a computer and pointing out miniscule discrepancies to each other by jabbing at the screen with a biro.

“The initial P for Philip doesn’t look quite the same as the P in the sample does it?

“The loop on the S is slightly higher in this signature”

Listen guys, I’m not some master forger. I’m the guy who asks for a bank letter to show Thai immigration every year.  I’m the guy who’s been known to bring in a basket of fruit as a New Year gift. You know where I live and you’re welcome to drop round for coffee anytime.

The story of the cheque

Even though I always try to stay calm and collected and bite my lip in these situations, my mettle was severely tested a few weeks back.

I have a number of long-term equity funds (LTFs) with several Thai banks and every so often those funds will pay out a dividend. This dividend is never a great deal of money (usually in the region of 5,000 - 10,000 Baht) but is mailed to me in the form of a cheque. I then go to the bank and pay it into my savings account whenever I’m next passing.

My most recent dividend was a cheque for just 4,200 Baht, however the name of the payee (in other words, me) was printed on the cheque in such a way that there was no space between the initial and the surname. So instead of Mr J Smith, it was printed as Mr JSmith. You get the picture.

The bank cashier examined my small cheque and immediately became suspicious. Could Mr P Williams and Mr PWilliams be two entirely different people? If so, which one was the international fraudster?

She summoned over her supervisor and explained the situation to him. The supervisor pointed at the cheque - “you’re right, there’s no space between the initial and the surname. We’re going to have to take this to the highest level”

Cue the bank manager, who finally managed to locate her spectacles and waddled over to get involved. A woman in her late fifties, I like the bank manager in a thank God our communication doesn’t ever extend beyond a nod and a smile sort of way. What else can I say about her? Firstly, she doesn’t speak a word of English. Secondly, you get the impression that foreign customers only exist to take her out of her comfort zone and thirdly, oh boy, is she a stickler for the rules!

She examined the rogue cheque. “the problem Mr Philip is that the cheque has been issued to Mr PWilliams and not to Mr P Williams”

Missis to the rescue

I didn’t know how to react other than to sink to my knees and beat my head upon the concrete floor. I decided to retreat to the waiting area, find a comfy chair, cool off and contemplate my next move. As luck would have it, my phone rang. It was my wife. Nothing more than just a social call to check what I was up to. I filled her in on the story of my morning at the bank.

Nothing gets my wife’s goat quite like wishy-washy customer service. Five minutes later, the bank manager approaches me with a beaming smile and tells me that they are willing to accept my cheque. Apparently five minutes was all it took for my wife to call the bank and scream at the staff over the phone.

“And if it was a Thai person trying to deposit a cheque, and there was no space between the first name or initial and the family name, would you accept it?”

“So why are the rules different for a foreigner? Not just a foreigner but a known customer”

“Er…..er…..we are not so familiar with foreign surnames”

The conversation went on a little longer than that and there may have been the odd expletive involved. But mission accomplished. I had managed to deposit that bloody cheque.

As I ambled home, I was struck by a solitary thought – a thought that always nags at me. No matter how well you kid yourself you can communicate in Thai and regardless of how capable you are of handling most day-to-day scenarios, there will ALWAYS be those unavoidable situations when only a Thai person will do.

Been fairly lucky in this regard. My opening branch was near the Emporium so they are used to dealing with the farang. I live in a different part of the city now. Local branch at Central Lat Prao, there are two English speakers, one lady who really finds it all a drag and a young guy who loves football. I've sat through two trips to watch Bayern Munich and Arsenal before he asks for my ID.

And he can name the gunners' back four from 1978

So when will you cheque out of Thailand, Phil? 😀 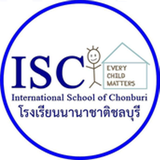 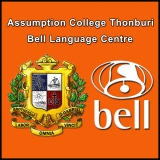