I've come up with some ideas for Thailand-based reality TV shows. So here is this week's viewing.

Two holidaymakers in Thailand are looking for the vacation of their lives - but this is no even playground! Both tourists are receiving the same amount of holiday spending money but one of them is living in the present at today's exchange rates and today's prices whilst the other is turning back the clock 25 years to a golden age when a trip to Thailand was value for money. In the first episode, our time traveller tootles down Sukhumwit Road in an airport limo, canoodling on the back seat with a couple of 5-star escorts, while Mr Present waves from the footpath and wonders if he can afford a second bag of pineapple.

Today, the bookworm team is standing at Bearing BTS (at the end of the Sukhumwit Line) handing out translated copies of the classics - including Oliver Twist, To Kill a Mockingbird and Pride and Prejudice - to random commuters. How many people will still be reading by the time the train pulls into the next station or how many will have found the temptation of their smartphones all too much to resist? And how many Oliver Twists went straight into the nearest bin?

A team of contestants, led by a survival specialist, is each given a list of six shopping items to buy from six different retail outlets in the Emquartier shopping mall and the bonus task of finding a toilet that's not currently closed and under maintenance. With no map to guide them nor information desk staff to send them in wrong directions, all the contestants have is the clothes they stand up in and a seven-day supply of food.

We follow the progress of a group of young, good-looking foreign men as they frantically swipe left and right on the Tinder dating app to secure a hot date for the evening. Who will be the lucky one? - the only one who doesn't end up with a ladyboy looking for paid sex.

Could You Eat Me?

A group of foreign English teachers suddenly realise they are on 11-month contracts and won't be paid for the month of May. Ferried by boat to a remote island in The Andaman Sea, they now have the toughest decisions of their lives to make. Dip into their savings and escape the island - or resort to cannibalism?

I Wouldn't Touch it with Yours

Six foreigners from the four corners of the globe descend on Bangkok to fulfil their dream of having gender realignment surgery. Unbeknown to them is the fact they've been booked into a backstreet chop shop. After several days under the knife, an expert panel of judges is on hand to decide who most resembles the lead character in The Hills Have Eyes.

I'm a Human Being, Get Me Out of Here!

Four competitors with the ultimate Bangkok to-do list including open a bank account, send a large parcel at the post office and collect money from Western Union. All they have to do is complete the tasks without a work permit! It's a race against time as the four are bounced from one department to another. Will the staff, paralysed by tradition and hundreds of years of saying no, make or break the competitors' spirit? Who will be the first of the four to crack and collapse in a blubbering heap?

I Only Came for the Temples

An hour of late night chat as a group of pony-tailed Vietnam war veterans, all in their eighties, look back on how things were so much better in the olden days and wonder what the f*** they're still doing here.

Six of the world's most experienced tour guides are each put in charge of a Chinese tour group who have never ventured out of their country before. Can the guides keep control of their respective groups as they escort them around tourist attractions and take them on a boat trip along the bay when all they have at their disposal is an electric cattle-prod and a bull-whip. Who will be the first tour guide to totally lose it as one of their party nips behind the grand stupa for a whizz?

Room for One More!

It's time for more wobbly wheel fun as five more families take up the challenge of steering a Honda Shopper around a specially designed obstacle course. Mum, Dad, four kids, eight trays of eggs, a plastic bucket and a ten metre length of blue pipe - all on one tiny bike. Who will be first to the finishing line?

We follow a group of university graduates as they embark on an epic journey across Thailand. It's a voyage of discovery, a chance for the group members to find inner peace, connect with Mother Nature and feel the Earth beneath their feet. With the aid of night vision, the camera team follows them every step of the way. Points are deducted for stealing tuk-tuks, picking fights with locals, hugging monks and skateboarding around temples.

There's a New Sheriff in Town

Four hardcore Chelsea and Millwall football hooligans are sent to a notorious mafia-run Thai island. The local bigwigs and extortionists are assembled and told that the four tough guys are there to shake things up and implement a system where everyone benefits from the tourist dollar. What can Spud, Knuckles, Razor and Baby-faced Mick achieve in just one week? The winner will be the person who manages to leave the island with the most body parts still attached.

This week we're in Thailand as intrepid traveller, Nigel Groves, embarks on an arduous journey from Bangkok's main train station to another station on the outskirts of the city. In tonight's episode, Nigel chats with a confused Thai farmer who is sitting in his seat and ponders the reasons why the train hasn't moved for the best part of two hours.

Which of our two wedding planning teams can create the best experience for their guests when all they have to work with are a pile of styrofoam letters, a jumbo roll of sellotape, a microphone that constantly cuts out and a laptop that keeps displaying messages about running a pirated version of Windows.

We're off around the coffee shops of Chiang Mai to join Trisha and Rob in their quest to become online billionaires. It's a hectic world of links, clicks and affiliate schemes. In tonight's episode, the sun has started to set and the city's rush hour is in full swing, but will they sell enough copies of their ultimate guide to trekking in Northern Thailand to pay for a dorm-bed or will it be another night on a park bench? Tempers flare when the coffee shop owner finally asks them to leave but Trish, not one to be downhearted, spies a hessian sack at the back of the shop and puts her dressmaking skills to good use.

Two long-term Thailand expats go head to head and buddy up with a distant cousin or someone they fleetingly went to school with. They are given the thankless task of acting as tour guide and showing off all the sights of Bangkok over the course of three depressing and miserable days. Can our Thailand expats stay upbeat as their overweight, wobbly charges moan incessantly about the heat, the humidity, the spicy food and why you can't get women's shoes in European sizes.

It's chaos in the kitchen as the teams have to prepare an American breakfast for 50 guests at a fading holiday resort in the middle of a national park. Organisation and teamwork are left wanting as Team A realises they forgot to order lettuce and Team B just can't get the hang of waving bread in the direction of the toaster.

Design expert Gillian Makepeace is in Prakanong advising families on how to improve their lives by improving their living spaces. In today's program, how can she persuade one family to ditch the naked light bulbs and forty pairs of old sports shoes whilst just down the street, how can she convince another family that the living room is no place for a motorbike?

Great stuff man! Highly enjoyable read. My favorite shows are "Room for one more" and "Culture clash". Best thing is, I can totally see someone making a show like that. People will watch the CRAP out of it too. We have to make it happen!

Genius. If True had put these shows on instead of HBO I'd never have cancelled. 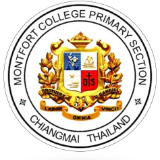 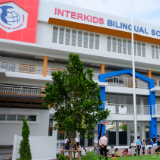 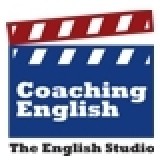