A few months back I wrote a short piece in my blog recounting my surreal experience in a chemist. Two staff members in the shop enjoyed a conversation about my personal life as I stood right next to them, with the staff safe in the knowledge that I, as a farang, couldn't possibly understand a single word they were saying.

It was a humorous experience that has probably been replicated for most long term resident farangs, but what I did notice by some of the comments I received on my blog was the different foreign interpretations of such behaviour. One anonymous writer actually told me that my knowledge of Thai culture was "lacking" and that "When a Thai says something about you or to puzzle you, you can assume they know full well you speak Thai and they are playing with you. Thai instinct is to always play the fool with the foreigner." Since the poster was "anonymous" I couldn't reply, but some other readers mentioned that their own experiences didn't fit anon's conspiracy theory.

What is true is that most Thais consider their language very difficult to learn. Thais from all walks of life will often give a genuine compliment or note of approval to any foreigner who can muster up any sentence beyond "sawdee khrap" , "arowy" or "tho rai?". When speaking the local language with - for example - a doctor in a hospital, the recipient will usually be happy to continue the conversation in Thai without making a big issue of the fact.

However some slightly more dubious characters - notably some taxi or tuk tuk drivers - have become more weary of the 'Thai speaking farang' phenomenon and will sometimes blurt a complicated and quickly spoken line in Siamese to test if you really can follow what's being said. Often this will be along the lines of: "So do you want me to go this way, that way or the really long way?" spoken in a very quick pace. If the farang fails the test, or worse yet agrees to the long way while not having a clue what was said, the less trustworthy drivers might attempt a scam.

But there is no doubt in this writer's mind that the most sport is to be enjoyed at places such as markets, villages, the out of Bangkok shopping malls and other such locations where the locals have less experience of dealing with foreigners, period, let alone those who can speak a little of the lingo.

I've found when communicating with people in this group, there are some noticeable patterns of response:

These such responses occur not only when the speaker has perhaps uttered a word an octave below its correct tone, but also when the recipient is simply so sure that farangs can't speak Thai, that he has already told himself that he will not understand a word this white skinned person is about to say. This phenomenon is most notable to me with bus conductors, who will often respond to my everyday request of "sen tern pa-ram sam" (Central Rama three) with several utterances of confusion and sometimes by giving a kind of "Can anyone understand what this moron is saying?" expression on her face to other passengers.

My personal favourite. School kids are also very prone to this effect. The parrot effect is different to the "Huh? Ally wa?" effect because in this instance the speaker is actually understood. However, the fact that the speaker said something in Thai is so hilarious that the recipients will repeat the words to their nearby friends, imitating the speakers accent at the same time. I've never quite understood the hilarity of my saying "Ao nii khrap" at the market but it sure does seem to be funny to some. While this response can still irk me a little on a bad day when done by adults, it's usually done in good spirit.

More openly pleasant than the other two. The "Puwt Thai geng" compliment is one of several examples of the recipient being so impressed with the speaker making the effort to use Thai that an inordinate amount of praise is heaped upon him or her. To be told "You speak Thai very well" because you said "Turn left and stop here" is not really meant to be taken seriously, it's simply a playful recognition of effort.

There's plenty more examples of typical responses of course, but the above are the most common in my experience. While the guide books and language guides would have us believe that all Thais will greet your efforts to converse in the lingo with warm smiles and praise, it's important to realise that, just as many an Englishman will communicate with a non English speaker by speaking English in long, exaggerated tones (after all nobody could be stupid enough not to understand slow English, right?) so some Thais will greet your efforts with responses that can seem a little frustrating or sometimes impolite to the foreign psyche . Don't let it put you off, your efforts will reap rewards. It's also important to note that truly fluent Thai speakers - which certainly doesn't include me - have fewer if any of these problems.

The first question is an old ajarn.com chestnut, and one that pops up on the forums on a regular basis. Whilst the question is open to a long debate, I think one of the stipulations on a "Code of Conduct for Teachers" form that I recently saw at an upmarket language centre sums it up nicely:

"The classroom is not a place for you to display your knowledge of Thai or to practise it. Thai should only be used for low level classes and even then should be kept to a minimum"

In my experience, this rings very true. I find the majority of teachers who use Thai frequently in the classroom are usually seeking to impress the students or simply practise their own language skills. I know of more than one teacher who will proudly proclaim to his colleagues "This class likes me because they want a Thai speaker" . Another memorable example occurred when I interviewed a man who told me on no less than three occasions he could "speak Thai and Isaan". I was tempted to tell him I was more concerned about him turning up for an interview in jeans and trainers than I was at his ability to speak a language from almost hundreds of miles away.

Such errant thinking is a particularly easy trap to fall into in Thailand, since some local students make the honest mistake of thinking a teacher speaking Thai is a good teacher because the students understand him! In the old days I would simply tell other teachers that if the ability to speak Thai was necessary for students to learn English, we wouldn't be here and the Thai teachers wouldn't paid so much less than the western teachers. The next time a "Thai in the classroom' teacher tells you children need to be spoken to in Thai when they learn English, ask him how many times his parents spoke to him in Thai when he was a kid.

The other two questions are more open to a quick, common sense conclusion. I always speak English with Thais who wish to practise. I figure they have fewer chances to practise the foreign language than I do.

How about practising with other non natives? It seems like a nice idea, and I know a few teachers who actually do this. However, I always figure that it produces the same systematic errors we farangs like to whine about when Thai English teachers routinely teach students the same mistakes and mispronunciations. The longer habitual errors in language go unmonitored or uncorrected, the harder they are to remove later on.

In conclusion, there's every opportunity to pick up and practise some Thai every single day that you are out here. Be ready to roll with some of the taunts you'll get and remember that while practising Thai is great, and even fun to some, remember there's a place and time, and it's not in the classroom! 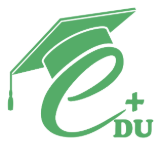