Following the horrific tragedy of the Virginia Tech shooting on April 16th, several members in the expatriate community in Korea did not hesitate to let their insensitive nature show and their venom fly. In the immediate aftermath ex-pat websites became inundated with foreigners ready to cast blame and recrimination at Koreans, Korean society, and especially the Korean media. The blood of the victims had not yet congealed when members of www.pusanweb.com had these things to say:

April 18th, 4:20 AM: "I won't be surprised if the Koreans blame America because Americans had taught Cho and turned him into a monster."

April 18th, 8:40 AM: (In response to the first message.) Possible. But they may recall that "we" also taught Hines Ward how to play football. I'm curious to see how the Korean media is able to disown this kid and still hang onto Hines Ward. Let the mental gymnastics begin."

Notice the word 'we' is put in quotation marks by the original poster thus creating an us versus them mentality.

April 18th 11:32 AM: (In response to a Korean-American poster who took issue with the truculent tone of the posters.) ".... it's [the Virginia Tech tragedy] an opportunity to jab at the heart of the anti-American, ultra-nationalist, arrogant, hypocritical Koreans who go crazy when their people are injured, but feel different when the shoe is on the other foot. It's an opportunity to show what's really wrong with Korean society...."

"This is an unfortunate tragedy for everyone--- Americans and Koreans alike. It's also a great opportunity for us as an ex-pat community to express our deepest condolences and sympathy not only for the victims and their families back in the U.S., but also to show our support and solidarity with the Korean people.

This is a time of heartache and shame for the Korean nation that one of their own has done this. The last thing we need to do is turn this into some sort of anti-Korean diatribe. It is our responsibility as an ex-pat community--- indeed our obligation--- to view this tragedy for what it is: An isolated incident, an act of a troubled young man.

Tar a whole nation and its people is exactly what many members of the foreign community did. And that's despicable. On the Korean forum of Dave's ESL Cafe, whole threads had to be pulled and reviewed by moderators because certain posters could not contain their venom towards Korean society.

What many foreigners don't understand is that Koreans have taken this tragedy to heart, even when they didn't have to. That was the important thing missed by many foreigners here. After all, Cho Seung-hui had spent the last two-thirds of his life in the United States, and was very familiar with American values and customs. What these vicious foreigners in their zeal to condemn Korean society seemed to have missed is the sense of clanship found in Korea, a clanship almost non-existent in American society. This is why when crimes are committed in this part of the world, the criminal is always referred to by his family name, his first name being irrelevant. This is why when a crime is committed here, the whole family feels a deep sense of shame, a level of shame so profound, that we in the West are often at a loss to explain it. That is why the Korean people and the Korean nation have apologized so profusely. In the minds of intelligent and rational Americans and Canadians, Cho Seung-hui represented no one but his sick self. In the minds of many Koreans, Cho was still a member of a group.

This lack of understanding of Korean society should not excuse those ex-pats for their stupidity, viciousness, and lack of tact when discussing this tragedy. That Koreans have sincerely apologized for the fact that someone much more American that themselves could have committed such a horrific crime shows a level of class, dignity, and human decency not found with many of the foreigners here. That several foreigners have taken this tragedy as an opportunity to rub salt into the fresh wound of their hosts is unforgivable and the epitome of insensitivity.
For those of us who have spent a considerable amount of time in Korea, it's not difficult to understand why many foreigners are angry at their hosts. Many EFL teachers are still being treated very poorly at language schools, and the xenophobia that many Koreans still feel is palpable and easily felt within the foreign community. In particular, politicians and the Korean media have been known to stoke the flames of xenophobia and anti-Americanism in the past, and, at times, continue to do so.

For example, on June 13th 2002, just prior to the World Cup, two Korean middle-school girls were accidentally run over and killed by a USFK armored vehicle. Although the U.S. military apologized profusely and gave money to the families of the girls as per Korean custom, the media and politicians here had a field day. In fact, the current President of Korea, Noh Moo-hyun rode the anti-American wave all the way to electoral victory. I was here at that time teaching at a language school in Daegu. For several months these anti-American flames were spread within Korean society to the point where elementary school students were drawing pictures of the American flag with blood dripping from it, and U.S. servicemen looking like monsters.

That same year American comedian Jay Leno made a joke during one of his monologues about Koreans and boshintang, or dog soup. Many Korean-Americans were up in arms, threatening to sue the comedian. Leno later apologized for the remark. Many Koreans still become upset at how they're portrayed in Hollywood movies. (Then again, isn't everyone?) And at the 2002 winter Olympics, the Korean speed skater tripped the American, Apolo Anton Ohno, and was disqualified giving Ohno the gold metal. This also lead to months of anti-American protests and the burning of American flags.

The thin-skin of Koreans is well known to anyone who has lived and worked here. Learning to live with that reality is certainly a challenge. But that does not give the ex-pat community the right to kick a nation when it's down. Many of these foreign fools can hardly remember what they had for lunch yesterday, but moments after this tragedy they can suddenly recall events that happened five years ago. I guess Koreans are not the only people suffering from selective memory syndrome.

The least these foreigners could have done was wait until the bodies of the victims reached the stage of rigor mortis before launching into their anti-Korean tirade. Foreigners certainly have the right to air their complaints about living in Korea. However, their timing was more than a bit suspect. That the foreigners and ex-pats, who engaged in this horrible behavior, refused to take a step back and allow the dust to settle before attempting to discuss this tragedy is a living testament to their lack of intelligence and compassion.

It has been said on ex-pat websites, newspapers, and elsewhere that Korean-Americans living in the U.S. now fear a backlash again them. Although it's a legitimate fear, it won't happen. Again, Americans tend to see tragedies like this as the work of a very troubled individual. What we should fear, however, Koreans and foreigners alike, are these vicious and insensitive posters and their ilk who, with their anti-Korean agenda and a personal axe to grind, continue to perpetuate an atmosphere of us versus them. It is not native Koreans in the U.S. who have something to fear because of the tragedy at Virginia Tech. It is Koreans right here at home who should beware of those anonymous foreigners who continue to post their venomous hatred of Korea on open forums. They are not as anonymous as they think.

I would like to think that these foreigners are a minority, a very vocal minority who drown out the intelligent and thoughtful majority of those in Korea who enjoy their lives and jobs. But judging by the sheer volume of pages and negative posts on these open forums, I'm not so sure.

One thing is certain however: These vicious and racist posters had a choice. They could have taken this opportunity to show understanding and sensitivity at a time when their Korean hosts needed it the most. Or they could have taken this opportunity to, as one poster put it, "jab at the heart of anti-American, ultra-nationalist, arrogant, hypocritical Koreans..." They made their choice, and they made it loud and clear. Now I feel that I must apologize profusely for the arrogance, racism, and insensitivity of a great many foreigners in Korea. Now I feel the shame and embarrassment of being a foreigner here.

That many in the ex-pat community have taken this very inappropriate time to spew their venomous hatred and racism on various Internet forums is just another indication of how emotionally disturbed and socially depraved they truly are. Perhaps it is now time for the Korean authorities to take a long and hard look at just who they allow into their country. 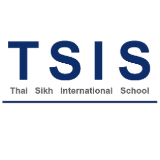 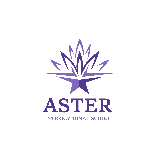 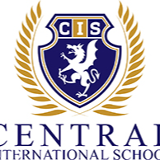