Finally, Samut Prakarn City FC fans were able to make some sort of connection with their new team as the club held a launch party at Megamall Bangna on Sunday 17th February.

Despite being a relatively low-key event with no more than a couple of hundred fans in attendance (curious shoppers don't count) - the stage-show was impressive, well-organised and mercifully free of long-drawn out speeches.

Fans got the chance to see the full first team squad wearing the three different kit colours - and also to purchase season tickets and scarves.

Disappointingly, there were no replica shirts for sale but staff said all shirts would be available from the club shop at the first home game against Chiang Mai FC on Saturday 23rd February.

I also spied people wearing a fetching light blue t-shirt with the SPCFC logo but these were only made available to media people. 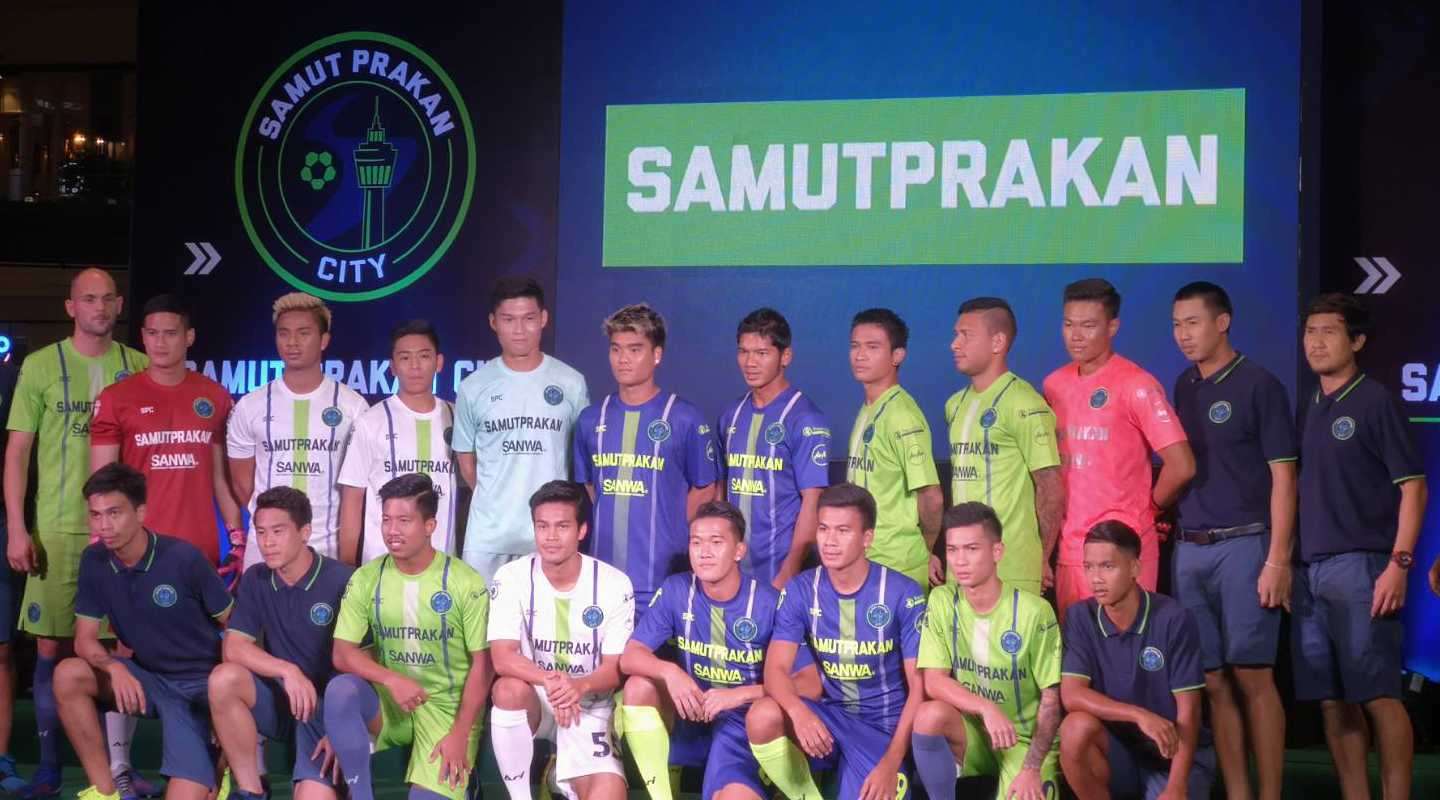 As you can see from the squad photo above, the home kit will be dark blue with vertical green and white stripes.

The away kit is white with vertical  blue and green stripes. Personally I think that shirt would have looked knockout if they had left it white with just the green stripe. The blue stripes look a bit like braces.

The third kit is lime green. I'm not so sure about this one. You need a good physique to get away with lime green. 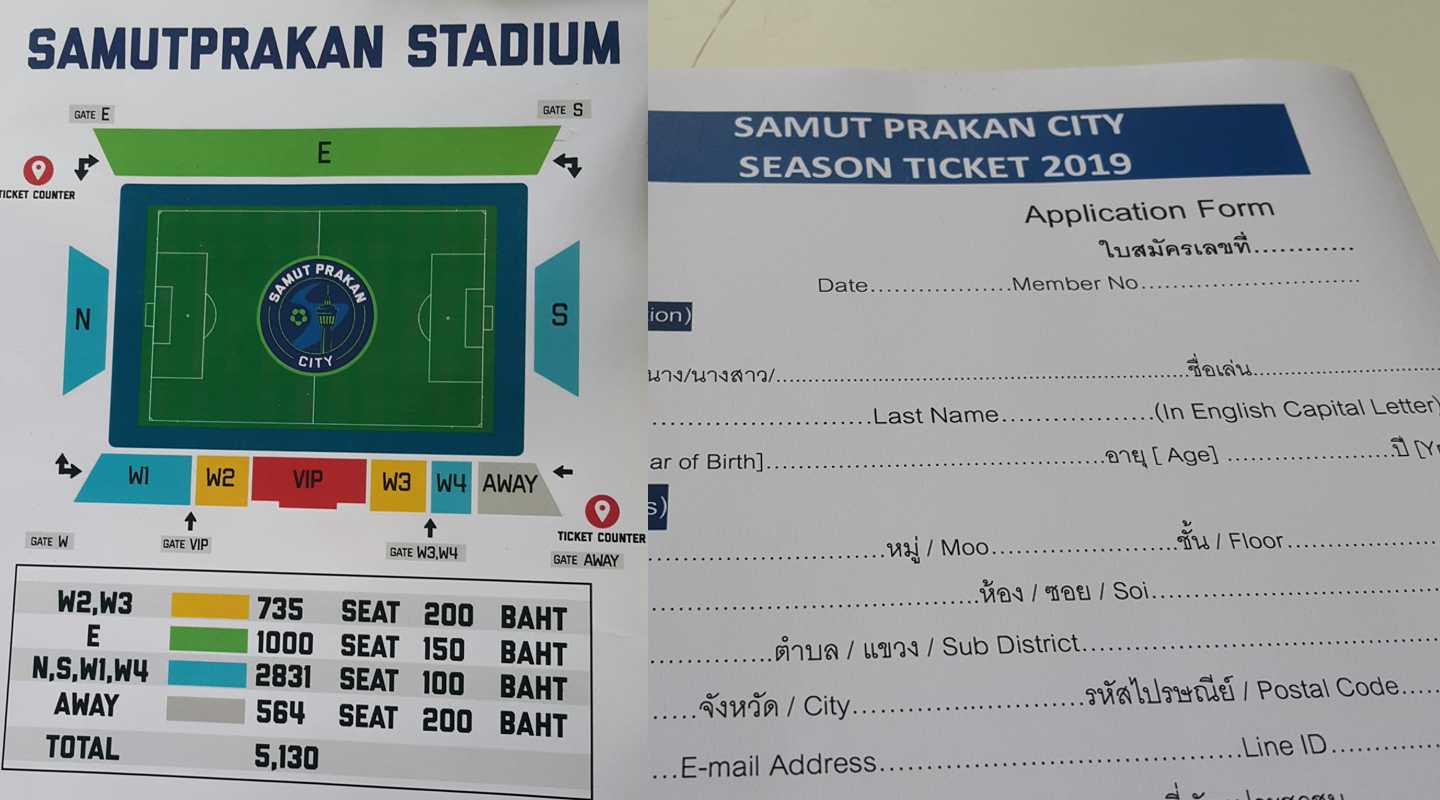 The capacity for the Samut Prakarn City Stadium has been set at 5,130 with seats ranging from 100 to 200 baht if you buy on the day of the match.

Season tickets are available for 2,000 baht (Silver) and 3,000 baht (Platinum) with the more expensive season tickets getting you access to the W2 and W3 zones, closer to the halfway line.

Silver season tickets (as far as I know) get you into zones E, W1 and W4, although the printed information available at the launch was incorrect. The sales girl did thank me though for pointing out the errors. 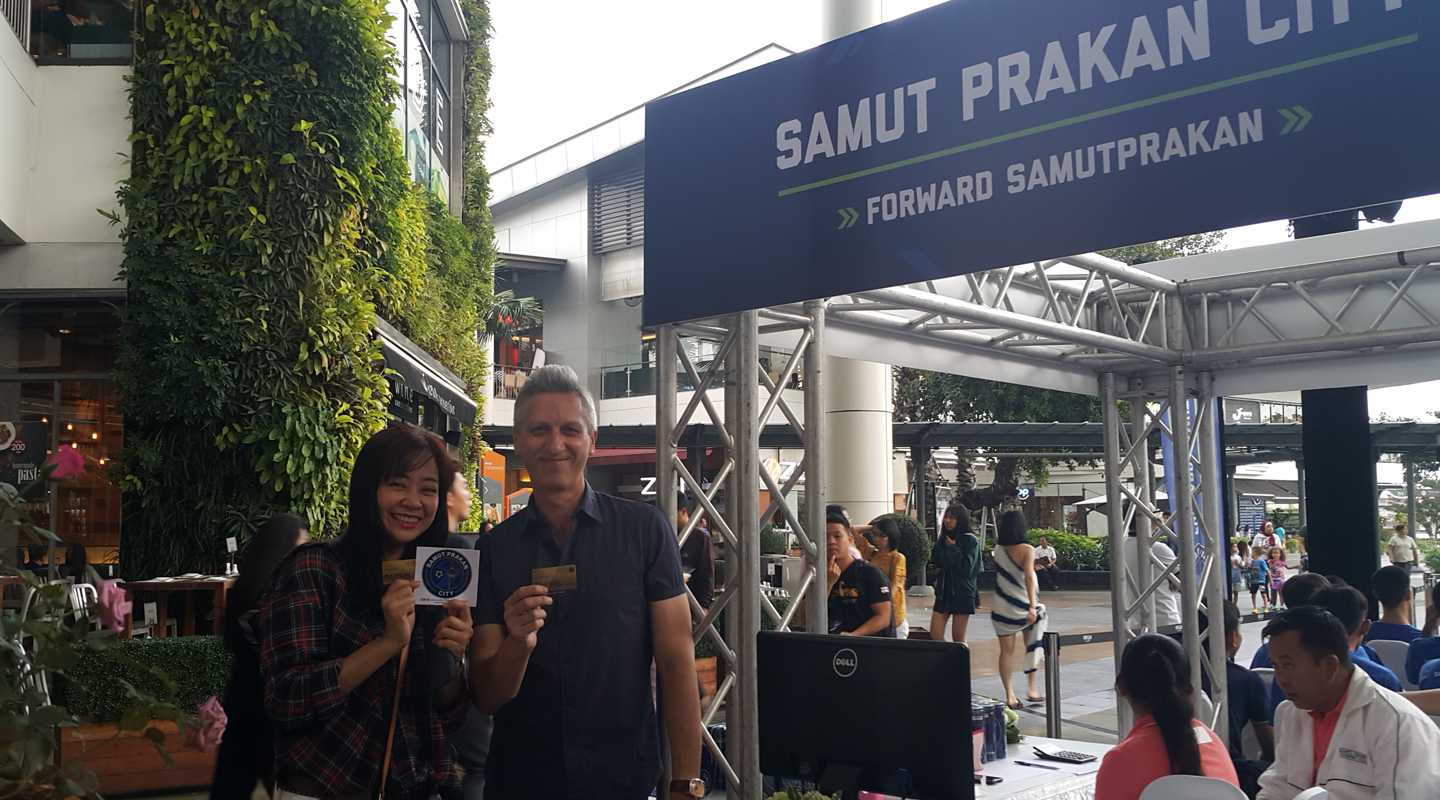 (Yes, we've got our season tickets! And a free sticker. But not being able to buy a shirt to wear for the first home match was very disappointing. Hopefully I'll have one to wear proudly at Chonburi away) 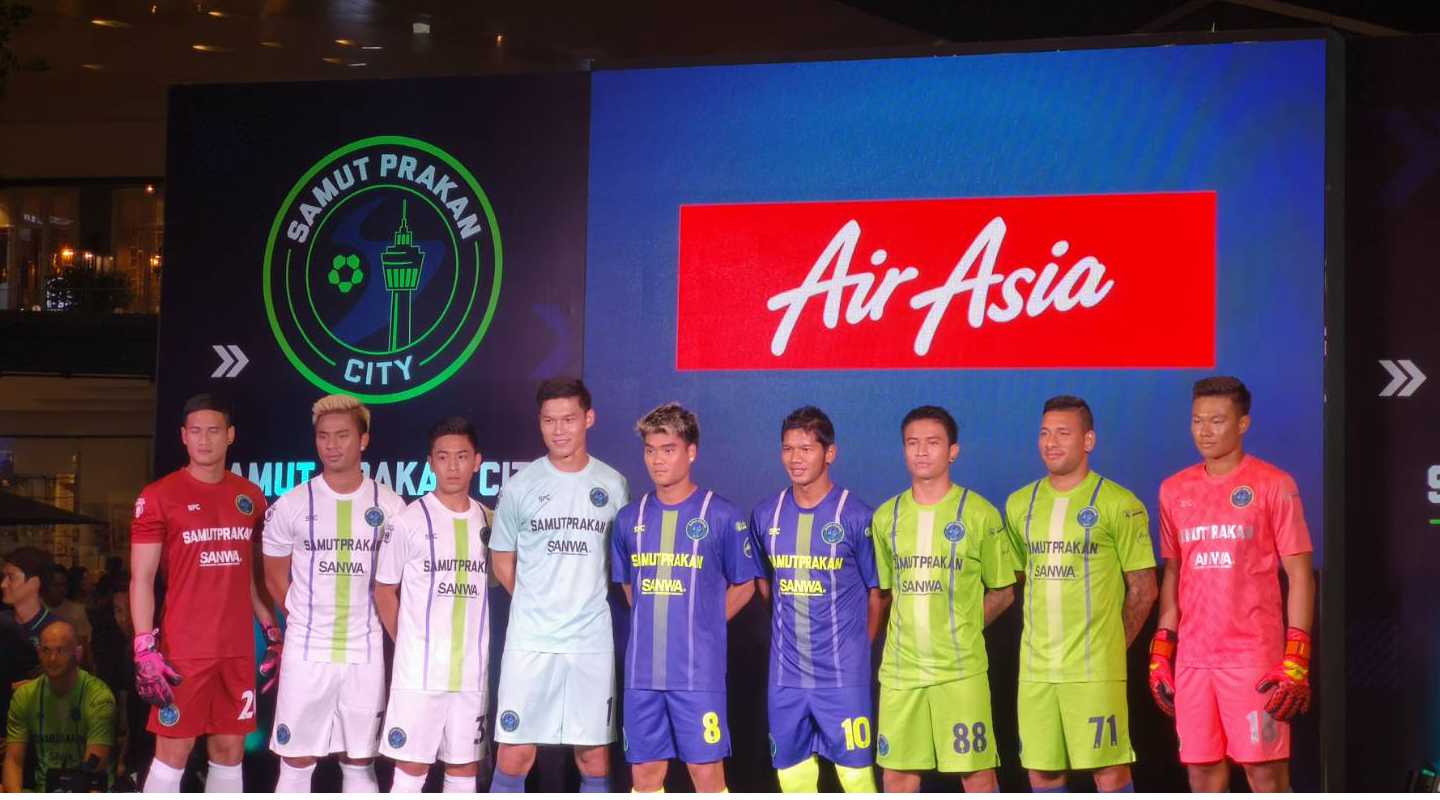 (Actually that white away shirt is not too bad is it?)