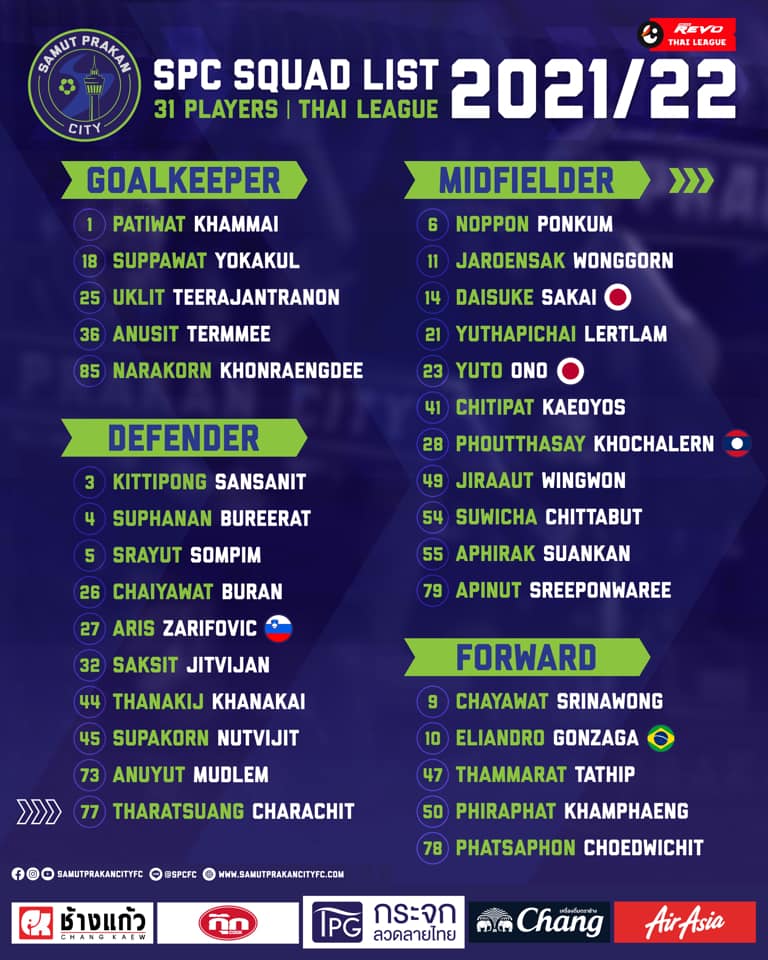 (Information only where known)

3.  Kittipong Sansanit - May 2021 arrival from Muangthong United after a loan spell at Udon.

5.  Srayut Sompim - July 2021 signing from Buriram. Has also had loan spells at PTT Rayong and Suphanburi.

26.  Chaiyawat Buran - one of the big close season signings from Chiang Rai United, where he made getting on for 100 appearances.

27.  Aris Zarifovic - Serbian centre-back now in his third season at the club.

44.  Thanakij Khanakai - U-21 international but yet to make his first team debut.

6.  Nopphon Ponkam - Experienced fringe player now in his third season at the club.

11.  Jaroensak Wonggorn - Vice captain and team superstar. Not expected to stay longer than half a season.

14.  Daisuke Sakai - Japanese attacking midfielder who arrived in May 2021. Has also played in Belgium.

21.  Yuthapichai Lertlum - U-23 international who made 12 appearances and scored 1 goal last season.

23.  Yuto Ono - Experienced Japanese midfielder now in his second season at the club.

28.  Phoutthasay Khochalern - Laos international who joined the club in July 2021.

9.   Chayawat Srinawong - Captain and great club servant with well over 100 appearances for Samut Prakan and Pattaya United. Made 19 appearances last season despite injuries.