Even though I've lived in Thailand for several years, I shamefully haven't really visited many places in the region.

Never been to Singapore. Haven't gotten to Tokyo yet. Kuala Lumpur is still on my to-do list. Recently, though, I got the chance to visit Hong Kong for the first time, and at only about three hours flight time from Bangkok, it was a nice (albeit expensive) change.

Hong Kong actually quite surprised me; I wasn't expecting it to be as clean as it is, and honestly my only impression of it beforehand was night scenes of the city from Hollywood scenes I've seen.

I stayed in "Central," the downtown business district apparently referred to as "the island" (which makes no sense to me, as the whole area is made up of islands), and aside from the many steep hills, I'd be hard pressed to tell it apart from any US major city's downtown area-New York, Atlanta, Los Angeles-although the "feel" of it was much more European-London and Paris spring to mind.

It's an interesting mix; the business feel of the area is quite American, yet the highly walkable and organised downtown reflects its former UK administration.

As compared to the less centralised Bangkok, the downtown and nearby areas of the city host an impressive (to me) amount of green space-the free botanical gardens slash mini zoo basically slap downtown are great! I didn't use any public transport aside from the quite efficient airport link train, but it looked to be quite well organised and maintained too.

All of this comes at a price, though; aside from electronics, which I found lower priced than most other places I've been, everything is quite expensive by Bangkok standards, directly comparable to New York. Having been an expat in Thailand for so long, I guess I forgot what it felt like to buy a US$2 bottle of water!

I was interested to visit the city as I have several teacher friends working thereabouts, one of which is highly qualified and working at one of the "English Foundation" schools (whatever those are) making the equivalent of about 350,000 THB per month. One can dream, right?

Still, the much higher cost of living (we're talking probably 4x that of Bangers) probably takes a big hit out of that, and the easy-going sabai sabai of Thailand is definitely not present; I guess it's all in what you prioritise.

Night life in the city is great fun as with most major cities, with the SoHo and Lan Kwai Fong areas partying all night, but I found it to be a bit more... how shall I say, pretentious, than Bangkok; Hong Kong is a city of suits, and the vibe I got was much more keeping-up-with-the-Joneses than I'm accustomed to in Bangkok. That's not to say it's bad-great fun-just certainly different.

Honestly, I'm glad I visited, but I think Bangkok has me; it certainly has its pitfalls (don't get me started), but I've been spoiled by the lightly organised chaos of the Big Mango, its cheapness and convenience, the Thai food, its [comparatively] slower pace... but most of all, by the overall vibe of the city and its people.

The next time I'm moaning about dealing with Bangers traffic or immigration, someone kindly remind me of this.

I hope you enjoyed my blog. If you would like to get in touch or perhaps e-mail me with a question, I would love to hear from you - All the best, Sam Thompson.

Like Phil, me and the missus have been a few times. I love it, though. I could happily live there... but it's way too expensive for the likes of me.

Hi Sammy. My wife and I have been to Hong Kong about ten times so it's fair to say the novelty has worn off now. However, it's a great place to escape Thailand for perhaps a long weekend and go somewhere very different.

There are really only two things to do in Hong Kong - shopping and eating. It's a great place to pick up reasonably-priced threads and the Chinese food is second to none (and not expensive if you stick to the markets and places where the locals eat)

It's also a very easy place to navigate once you've got the MRT system figured out.

Yes, we've loved our trips to Hong Kong but probably been once or twice too often. 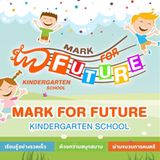