My take on the highs and lows of Thai cuisine

My relationship with Thai food is quite complicated. My initial exposure to the cuisine occurred when I was quite young. In fact, I was so young that I didn't even know that it was Thai food. Hell, I only new Thailand from the tags on clothing.

The advantages of being able to communicate

Learning Thai can be difficult because it is a language, and learning a new language is typically not the easiest endeavor, but with minimal effort you can learn enough Thai to impress people and get things done on your own

My thoughts on teacher salaries

How much should you be making?

While extensive amounts of information is already readily available on the matter of teachers' salaries, I'd still like to add some of my own opinions for those considering coming here to teach.

On living in Bangkok

It's where the work is for a young language teacher

Bangkok is a loud, polluted, overcrowded, and poorly designed city. I've always thought that I would love to live in a different city, but now that I'm sitting down and pondering this, maybe Bangkok is more to me than I had previously realized. 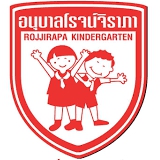