I have some relatives coming over next March. It'll be their first time in Thailand. In Asia, actually. They're well travelled, though... at least in Europe!

I want them to have the best possible time, so I have started the groundwork early. But doing stuff and seeing things are just a small part of their visit. Their attitude on arrival will be the biggest key to getting the most out of Thailand.

I'm sure they'll have ideas of what to expect and will have some idea of what they want to do and see. But, as they say, "This Is Thailand!"

With that in mind, I have put together a few ideas so the thing called 'culture shock' doesn't hit them (or you) too directly between the eyes and ruin their trip. If you haven't been here before or you are expecting visitors, then this may help ease the pain.

Time is not of the essence!

Probably the most important thing to know on arrival to the Kingdom is that none of the clocks work. You can look at them and the hands seem to be moving in the right direction, but believe me, they're broken. So, the first thing to do when making plans for visiting Thailand is to figure out 'HOW' to do things and never 'WHEN' to do things.

Here's an example: Where I live, the mini-vans to Bangkok run every hour on the hour. It says so on the sign outside. The last one leaves for Bangkok at 7 PM.

Well, that never happens. The mini-vans leave when they are full and if the last van to Bangkok doesn't fill up, it doesn't go! You could shout and argue and create a fuss about it. In the UK that may get results. You could trash them on YouTube and blame the van driver for you not being at the important concert in Bangkok... but it won't work. You're stuck where you are with your eyes swollen and your fists clenched!

Here's another example that causes visitors consternation... the way food is served in Thailand. If you order six items of food in any Thai restaurant it'll be cooked one at a time and brought out in that order. This means that you have no control over when you eat the food you've ordered.

Every time I eat out with a friend, one of us is finishing our grub just as the other is getting started. The rice comes out last because they've forgotten it or first because it's already pre-cooked... never WITH the food you want to mix it with!

The price of admission

When things aren't right, they're wrong and that lovable (and fictional) sense of 'justice' that Westerners have, can get them into trouble. It has certainly lead to some hotheads and temper tantrums. But worse, it's your holiday so should you really be crusading for your rights during the first break you've had from the office in a year?

The most debated 'injustice' of them all is the 'two-tier' price system. One price for you and another for locals. Personally, if I go somewhere I consider if the financial outlay is worth it for me. I don't care if Thais get in cheaply or free. Does the price of admission present good value for me personally?

I'm in the minority here, though. Most people demand to pay the same fees as locals. They may not be around next week to clean up the mess they make, but that fierce and indignant sense of injustice is too powerful for some to overcome, even when you're on holiday. For heaven's sake, just pay the extra fifty pence. Standing your ground won't work and will just ruin your visit for you and everyone stuck with you.

Finally, look where you're going

In the UK, every time you set foot outside your house, there's an army of dodgy lawyers following you around in case you have an accident. Not in Thailand, and the dangers of simply walking about here are everywhere. If you aren't aware of your surroundings you'll walk into a hole, step in dog shit, bash your head on an overhead sign or worse, be electrocuted. Yes, it happens... a lot.

So, do yourself a favour: put the phone in your pocket and keep your eyes open!

I'm looking forward to showing off Thailand to my relatives when they come over. There's lots to see and do. Generally speaking, Thailand is a safe and rewarding place to visit and almost every single time something goes wrong, the blame can be traced back to the visitor who simply wasn't paying attention, or who was expecting things to be like they are at home. They aren't and they never will be.

So, when you come to Thailand - change your mind... set!

As Simon stated, the difference isn't "50p". It's quite often 10 times more. I'd never in a million years take any of my foreign guests to somewhere that charged 10 times more than the local price. I wouldn't do it in Thailand and I certainly wouldn't do it in my home country. If I ever stumbled across a place in my home country that charged foreigners 10 times the price I had to pay, I'd tell them they're a bunch of shameless and immoral scumbags.

You summed up a lot of the cultural differences very well. Along with the food service being chaotic also inform your guests about sharing food family style, not ordering your "OWN DISH". Very un-Thai to do so. And the check-bill never comes until you chase them down for it.

Good point on the obstacle courses that are sidewalks/pavements here. Always have guests carry their bags on the inside so the motorcycle thieves don't grab their bags. It happens a lot. I'm astonished how people thing they can walk 2 or 3 astride on BKK sidewalks, too.

I can sum this article up in one pithy bite-sized phrase, 'When in Rome.....'

Sorry, Mark, but you lost me here, buddy. Fifty pence is about 22-24 baht. Give or take. I'm not here to argue the rights and wrongs of dual-pricing. That's for the big boy or big girl consumer to decide with their wallets. But you can't put forward arguments like this and support it with misinformation. It's disingenuous at best. 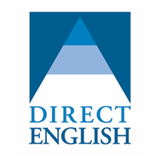 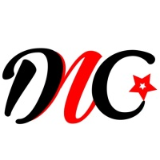