You are in your classroom, the students are listening, and once you finish talking they quietly complete the task you’ve given them. Occasionally students may raise their hand and ask a question before continuing with their work.

You stroll around, proud that your students love learning so much. Yeah, ok, now wake up and shake hands with reality.

What can go wrong?

Sooner or later you will come up against students who would prefer to play up than knuckle down. Even in the best of classes, discipline is always something a teacher needs to be aware of. You may well have just crafted the finest set of instructions since Moses turned up with a few lines scrawled in stone, but if your students don’t care you have a problem.

A colleague once pointed out that many Thai schools consist of ‘lazy boys and lady boys’. It’s a slightly harsh, but often accurate, summary. The lazy boys may outnumber the other variety, but it’s the lady boy students who are often among the best at English, while also being confident and funny. Their projects drip with glitter and are written in fancy fonts, their pink pencil cases have fur-lining and, come sports day, they’re first in line to be cheerleaders, shaking silver pom-poms. You can’t help admire students who have so much confidence and who aren’t afraid to stand out, especially in a system where standing out and individualism is often frowned upon.

Cultural differences can sometimes make things awkward and good teachers will be aware of the potential pit-falls. In some Asian cultures, smiling is a mechanism that allows everybody to get out of tricky situations with their reputations intact. So if you’re disciplining and a student and he/she is smiling, it could be their way of coping (alternatively, they could just be smirking at you).

Many students will not be used to doing group work and so may be reticent to join in at first: many Asian schools prefer the chalk-and-talk method where students take a far more passive role. Students will often say they understand when they haven’t a clue, as this is the answer they think the teacher wants to hear and they don’t want to be the source of any conflict. For this reason, specific comprehension questions work far better than asking ‘do you understand?’

Other students often lack motivation. In a school system where legally everybody has to pass, you can understand why. Work your socks off, study hard and do your best, and you’ll get about the same score as the kid snoozing next to you. In many countries, English is rarely spoken at home, and so students may see little point in learning. Motivation is therefore the key to successful teaching. Getting your students to see the importance of learning for learning’s sake, and not simply to pass tests, is the trick.

Some countries still permit corporal punishment – most do not. When you join a school you’ll be given a discipline code, and you can be pretty sure that beating a student with a wooden stick won’t be one of the recommended strategies.

Local teachers, on the other hand, sometimes bring out the stick with very little prompting. New teachers sometimes find it hard to come to terms with seeing their students whacked, but in many Asian cultures it’s something that has gone on for decades and no amount of cotton-wool legislation is going to stop that.

Some schools have their very own head of discipline. He (it’s going to be a man) will have his own office, his own set of rules and probably his own stick, possibly laced with barbed wire. Mr Surit was one such man. He rode around my former school on his yellow scooter with the kind of expression exclusively made by those who ride Harleys and have tattoos of Satan on their forehead. Even the other teachers steered clear of him.

I once saw Mr Surit with a line of boys. He paced up and down for a few moments yelling in their faces. When he grew tired of yelling, he produced the dreaded stick. Each boy assumed the position and down came the stick with a crack onto the student’s behind. With his friends nearby, each child would try and stifle a yelp but few managed to take their punishment in complete silence. Mr Surin drew back his stick, released, and then waited for another student to face him. And their crime? They’d been found wearing the wrong colour socks.

Such attacks don’t happen every day, but taps on the wrist or clips round the ear still go on, so get used to them. That said, as a foreign teacher you don’t enjoy the same ability to bend/disregard the rules. Students also know you can’t touch them, and so you need to take discipline seriously.

You are the teacher. You are not their new best buddy.

That’s a good start to controlling your classes. Many teachers begin by wanting to win over students with games, rewards and laissez-faire lessons. Students enjoy this, realise you’re ‘cool’ and not like those fussy local teachers. At some point you need to actually teach, but the students are still in the game zone and don’t fancy it. And no amount of cajoling and ‘come on guys, let’s work now’ is going to do it. To them, you are the teacher who plays games, not the teacher who teaches.

Display the rules somewhere prominently and refer to the poster every time one is broken. Many students actually prefer to have consistent and understandable rules to follow.

If students do step out of line, it’s not enough to merely threaten them with punishment. If the punishment doesn’t materialize, students quickly realise you’re bluffing.

Punishments can take many forms, and they tend to be graded. Here are some ideas (going from minor to serious).

1 Write the student’s name on the board.

2 Tell the student he or she is to miss break-time and will have to work.

3 If the student does not attend their detention, call the parents.

Top Tip: Always be aware if you have a lesson right before a break. Often the threat of missing break time is sufficient for good behavior to return. Suggest that the whole class may miss their break because of one student’s actions and you’re virtually guaranteed success.

Sooner or later one of those rules is going to be broken. Whatever the issue, it’s important that you are consistent when meting out punishments. If your best student has just trampled on Rule 3, then he is in as much trouble as anyone else. Students have a heightened sense of fairness, and if you’re not seen as consistent then you’ll soon lose their respect.

So given these scenarios, what would be your response?

1) Nut is hard at work – surreptitiously reading his comic under his desk. Do you:

a) Stop the class and announce to everybody that Nut has something he’d like to share with everyone.

b) Stare at Nut, eyes popping out like those in a Tom and Jerry cartoon, and yell ‘Nut, Noooo!’

c) Walk over to Nut, take the comic away and tell him firmly to get on with his work.

Answer: c) Humiliating your students or losing your temper rarely wins the day. You should also talk to Nut in private after the class.

2) Juan is talking quietly to his friend while you’re trying to explain something. Initially, do you:

a) Walk towards his desk and make eye contact with Juan.

b) Stop what you were saying and glare at Juan from the corner of your eye.

c) Get Juan to repeat what you just said.

Answer: a) In the first instance, sometimes just a teacher’s physical presence is enough to make a student realise he or she’s erred. Walking towards his desk forces Juan to pay attention, and also means you don’t have to actually interrupt the lesson. For all you know, Juan may have been discussing his work with a friend.

3 Yuto just won’t pipe down. This is the lesson you spent a whole afternoon preparing, and does he appreciate it? No. So, do you:

a) Berate Yuto for his lack of human decency and declare that you would rather poke burning rods into your eyes than teach him for another moment.

b) Stop the class and take 5 minutes to explain to everyone the meaning of the word ‘respect’.

c) Quieten Yuto down and then talk to him after class on his own.

Answer: c) While a) may often be the most tempting solution, diatribes don’t work, and probably won’t be understood. Importantly, in many cultures it’s the person who loses their temper who loses the argument, so count to ten and think of another option.

Answer c) is also good as it doesn’t interrupt the lesson, doesn’t humiliate Yuto in front of his friends and gives you the chance to clearly explain to Yuto what the problem is. While it’s important to maintain discipline, it’s important to do it quickly and effectively, so you don’t waste valuable teaching time. 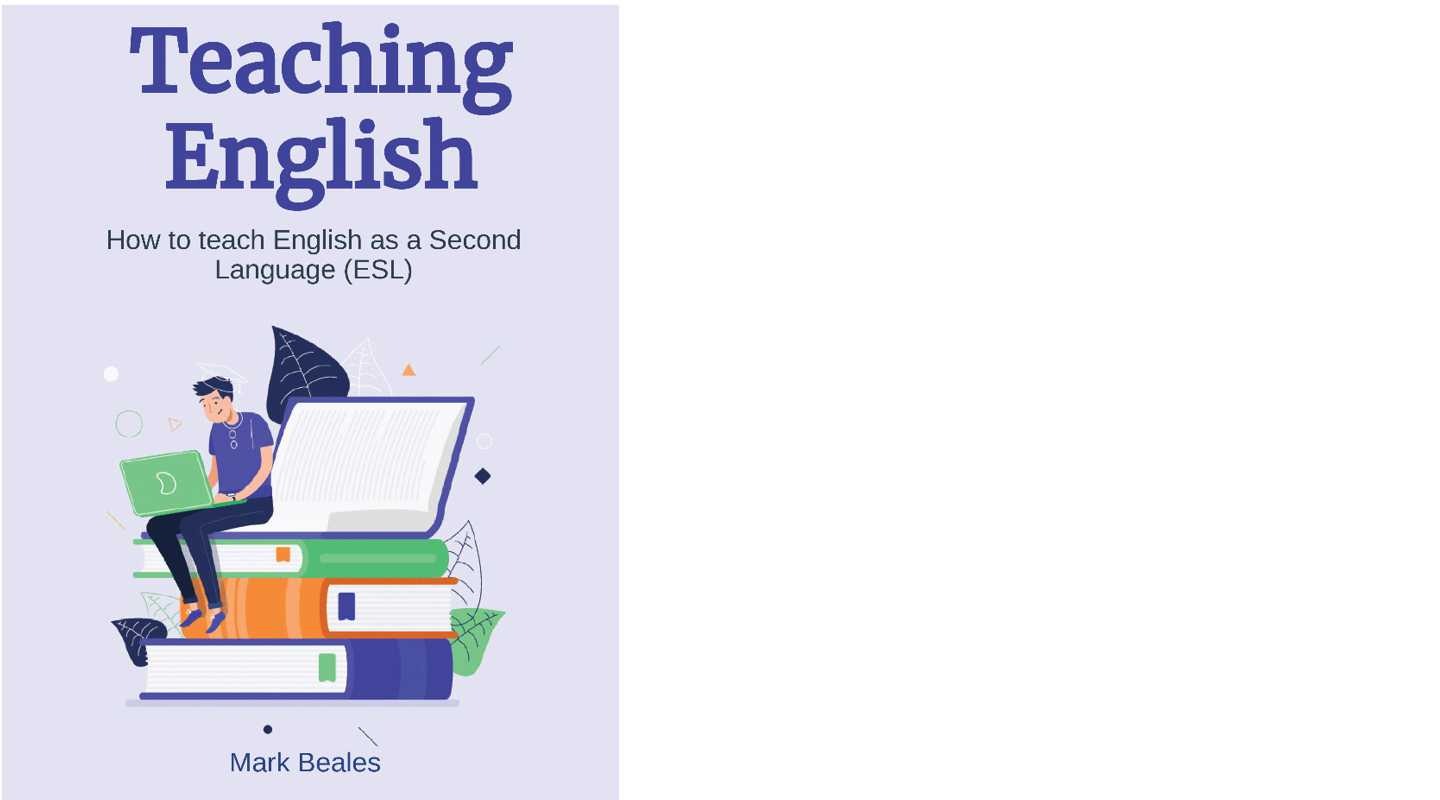 When I was at school many years ago the discipline dished out by teachers was the cane. Other schools used the strap. And I can tell you the words a teacher said to my mother before I went there. He said "if any students step out of line they get the cane".

Now some teachers were known for being super hard caners. Mr Ward springs to mind. One lad in our class had to go outside to get the cane off him and before Mr Ward whacked him the kid was crying his eyes out such was the reputation of that teacher.

Most kids were kept in line with this they were afraid to cross the line or if they did they were very cautious and careful not to get caught. Of course there was a minority that would not be kept in check - they were usually problem kids with issues sociopaths and so on.

Once the lefty liberal snowflake woke brigade stopped this corporal punishment that's when things started to fall apart. In my day if you talked in class you get a board rubber hurled at you. And quite rightly too!

Once the punishment went so did the discipline and a lot of respect lefty do gooder woke snowflakes writing college papers and getting published by equally woke tutors. As the old saying goes. Spare the rod spoil the child!