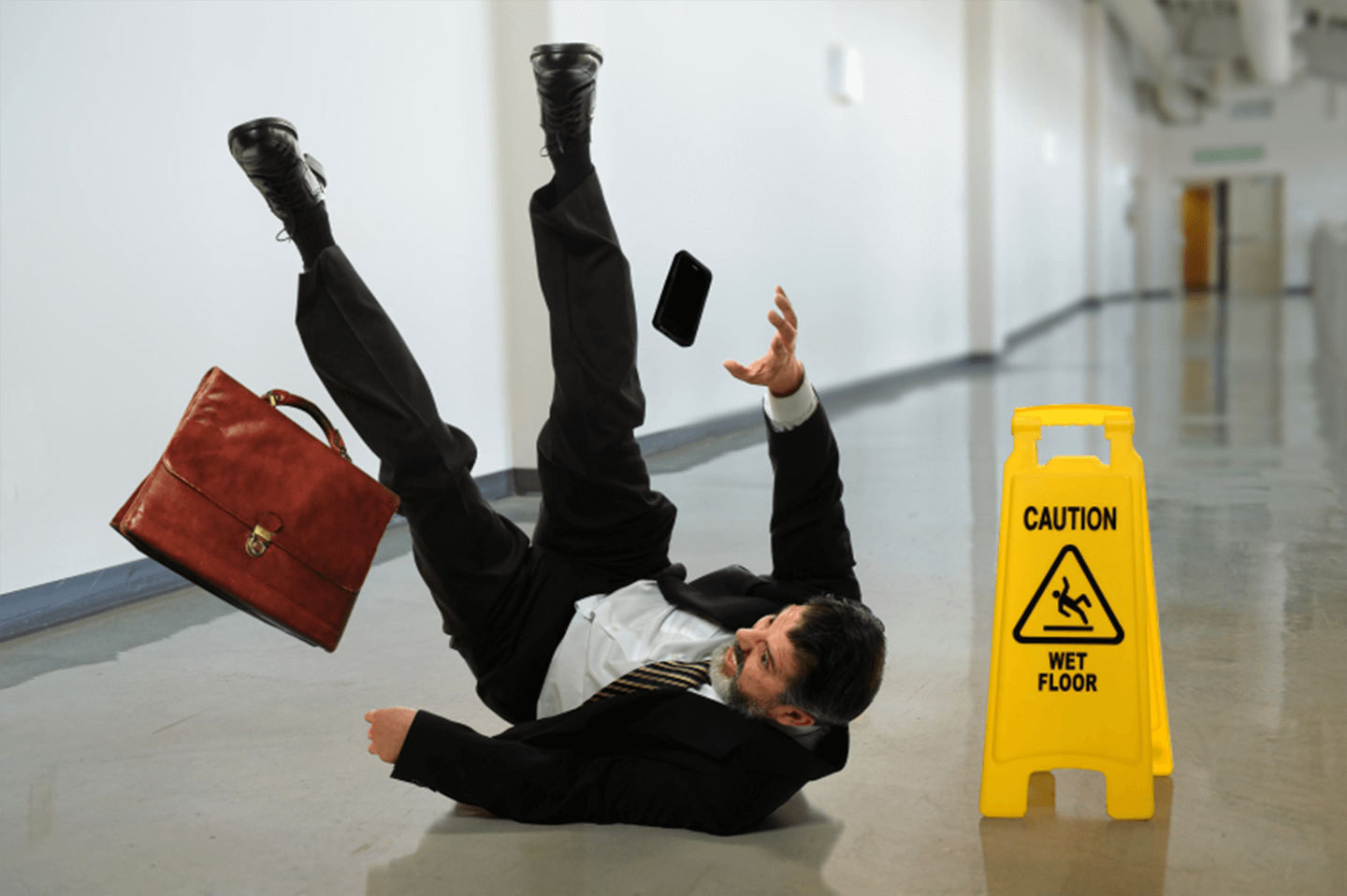 Sharpen your claws and grind your teeth for a tongue in cheek satirical look at TEFL characters in Thailand. The types of people recruited into TEFL teaching; a profession along similar lines as that of nursing, or social work and for which fate alone (courtesy of a lax immigration system) allowed them to participate. It’s a long continuation of others with a rich pedigree before me.

"So: low self-esteem, insecurity, fear of loss of the only social standing the person has ever had. And perhaps, just perhaps, a little residual sexual guilt? If the hostility of the farang is born of insecurity then what is its source? … Is it the fear you will see behind his carefully constructed facade?"

"… there is an army of professional wankers in the English teaching business who create pretentious re-workings of liberal education theories and somehow think that if these idiotic missives are deployed, they will somehow make teachers in Thailand better or more efficient in the classroom."

Rather harsh, but let’s take a brief satirical look at three of the personality types I’ve spotted.

At number one which many have personally met and a firm favourite, Mr. Deadbeat left for Thailand after being sacked from Wal-Mart because he couldn’t mop a floor properly.

Luckily, a TEFL course taught Mr. Deadbeat that nouns, verbs and adjectives were not types of vegetables and he managed to wing his way through each application and secure a position.

A functioning alcoholic now back in his home country and after four different teaching jobs in which his contract wasn’t renewed, without references and having progressed to a Tesco shelf-stacker, Mr. Deadbeat is often seen to look down his nose, sniff politely and state, "I was once a teacher yer know!"

This impresses his co-workers because they’d always thought nouns, verbs and adjectives were types of fruit. Responsible for turning others to atheism in the hope they will never have to meet him again in this life or the next, Mr. Deadbeat is the reincarnation of Mr. Micawber from 'David Copperfield.'

"Gentlemen, do with me as you will! I am a straw upon the surface of the deep, and am tossed in all directions by the elephants- I beg your pardon; I should have said the elements."

Close behind at number two and lingering like a bad dose of flu, these characters are common and once populated teacher discussion forums in droves.

Oh the memories with more than a smattering of irony. One teacher forum was a magical land where everyone earned a hundred thousand plus and spent their weekends on the beach, or playing golf. It’s where TEFL masochists went to get a daily dose of verbal flagellation from their betters.

Elsewhere referred to as a baiter or troll, Mr. Nasty wears his personality disorder with pride. He’s the character that ajarn Phil warned of in another comments section when he stated, "You know who you are … We don’t do spiteful here." We know who you are too and in social psychology there’s a phenomenon known as the 'Dunning-Kruger effect.'

"These low performers were also unable to recognize the skill and competence levels of other people, which is part of the reason why they consistently view themselves as better, more capable, and more knowledgeable than others."

This suggests that some people are so stupid they fail to realize it themselves, but prove it to others in remarks made where they assume that ignorance passes for knowledge. Mr. Nasty represents Alice in 'Down the Rabbit-Hole.'

"Oh, how I wish I could shut up like a telescope! I think I could, if only I knew how to begin." A sentiment shared by all who come across them

A round of applause and in at number three; an expert on just about everything. Mr. Experienced gained his knowledge from, well, experience.

After failing to realize a floor was slippery when wet and slipping, it’s why we now have signs saying, "Beware, floor slippery when wet!" Similarly, after nearly choking on a bag of nuts, thanks to Mr. Experienced we now have a warning label on packets of nuts that state, "This product may contain … Nuts!"

Godammit, if it weren’t for Mr. Experienced we’d now be falling in wet supermarket aisles like nine-pins and choking on the contents of packets of nuts we thought were apples!

Likewise, whether propping up a bar, or in a TEFL setting, Mr. Experienced is the go-to person for advice, because he’s already done it, knows some who has, or why he personally wouldn’t. Mr. Experienced is life’s ajarn having had seven jobs in seven years.

From falling off your bike, or damage caused after a leaking roof, Mr. Experienced is the man in the corner of any staff room who frowns slightly, shakes his head and is heard to mumble, "I knew this would happen."

Mr. Experienced is the 'David Copperfield’s' Uriah Heep of TEFL. Generally an unassuming person of no apparent outward ambition, Mr. Experienced is driven by an intense dislike for any one in his peer group who occupies a similarly respected position.

"People like to be above you,' says father, 'keep yourself down.' I am very umble to the present moment, Master Copperfield, but I've got a little power!"

If you’ve ever been in a staff room of more than a handful of foreign teachers you’ll recognize at least one of these characters. Or perhaps you recognize yourself?

If you’re just an average teacher struggling along in a sea of two legged sharks trying to do your best give yourself a well-deserved pat on the back, because you sir or madam are gold dust.

Ajarn bloggers are people with something to say, plus the ability to say it. We may agree or disagree, or even agree to disagree, but contrary to the people who can only criticize, we are not stupid people.

Among us are criminologists, psychologists, sociologists … whose copied qualifications many bought on Khao San Road. We are the ones who raise our heads above the TEFL parapet looking across no-man’s land at the snipers, without which there’d be nothing to comment on.

We assume people can distinguish between the caricatures of satire and the serious, plus have the comprehension skills to understand what was said and not assume what was meant. Maybe you’re an ex-millionaire, or a former secret service agent who decided on a career change to TEFL? Whatever, we’d love to hear from you even though we’ve heard it all before.

Join us. You’ll need the knowledge to make sense, a degree of pessimism matching life experience and a thick skin to ward off the kind of comments from the above three character types.

I tend to generally agree Andy and more importantly, that the MoE can’t get it right. But rather than tinkering with directives and who is making what out of whom, let’s get to the heart of the matter.

Thailand wanted progressive education based on fun and teacher looks which also attracted the odd balls and failures from every NES country, helping produce the Farang ‘performing monkey’ entertainment industry, otherwise known as TEFL. As the penny finally drops and Thailand discovers they’re now sliding to the bottom of every educational league table in Asia, hopefully they’re now beginning to back-peddle and attract the type of people who can make a difference. The tightening up should have occurred years ago.

As one semi-illiterate alcoholic lady ‘teacher’ told me years ago, ‘I can’t leave, I wouldn’t even get a job in Tesco’s back home.’ Her husband a dope smoker, but who did have a degree agreed. These two were on a combined income of 120K between them because they’d been at this particular school so long. Yet surely not everyone is like that? No, they’re not, but enough of these characters got in to produce the results we see today.

The bottom line Andy is that many of the millennial products of a progressive type western educational are the same failures attracted here and produced the same results.

Certainly no bed of roses at the moment, in fact I'd like to see some kind of ongoing updates regarding the directives coming down from from Khurusapa and/or MoE. They seem to be changing so often! We're only 2 yrs removed from the previous leadership of khurusapa (the 'council' of elders or whatever they are called) getting sacked and replaced. I'd rather hear about here than on Thaivisa.com and all the swirling rumours they crank out.

Agencies being made to get licensed would be a great starting point. Far too many newbies coming over here are paying their agents' taxes and not even realizing it!

Lighten up guys. Half of you are saying it’s a bed of roses and the other half are complaining things are getting worse. I suppose it depends which side of the fence you’re sitting on. I’ll do a post on resumes shortly and one half will agree and the other half won’t. That’s life, isn’t it. :)

Satire or not, I think ridiculing colleagues out of some sense of....spite? has no place here. I thought the days of those articles were behind us. It looks more like contempt than satire.

With the state of things in Thailand getting more difficult each year, I think we should be sticking to information and advice, rather than making the casual person who reads this think that anyone in TEFL is either crazy or an imbecile.

I think someone is venting their hurt feelings.