What does your average TEFL teacher do with their time off? Let's face it Bangkok's nightlife has limited possibilities, as far a wholesome activities that the moral minority approve of go, and there comes a time when, having "been there, seen it ,done it, bought the t-shirt and been mistaken for a tourist" several hundred times, boredom sets in. It's time to seek solace in the web. I'm not talking about sites that test the typing ability of your left hand and are the cause of such questions as "Why do you keep a box of tissues next to the computer?"

Well, if you're anything like me you'll probably split it between the two favourite pastimes of all teachers. First and foremost, checking out new acronyms with which to demonstrate you're an up to the minute kind of guy - not stuck in the TEFL knowledge equivalent of a mid-70s velour flared fashion outrage.A few dropped acronyms will impress the hell out of your boss.Try shouting " John, what's the PET equivalent of a BULATS 450 ?" across a crowded office. Bonus points will be scored if you preempt any dismissive reply with " No worries, I'll manually adjust the IELTS and hypothesize the weighted score. Thanks anyway." Newbie teachers will be putty in your hands after that one. Try it.

Secondly, trawling the web for new research articles is more than just another way to induce sleep. Out there is an infinite realm of knowledge just waiting to be discovered by someone other than the page's author and his close friends and family.

For example Yvonne Stapp was probably popping something other than Hall's lozenges when she authored one of my all time favourite pieces of TEFL research "Chicken Meets on Rise": Meaning in Decline Lexical Havoc in L2" a couple of years ago. Anyone with a clue as to what that's all about please enlighten the rest of us.

Other all time favourites include ‘The Cuisenaire rods and silence' by Tim Hanh - I guess this refers to the students' reaction when told that they'd be spending the rest of the semester piddling around with Cuisinaire rods. For anyone not privy to what we educated types refer to as ‘the knowledge', Cuisinaire rods are strips of paper of differing colours and lengths. These attributes indicate the grammatical part of English that the piece of paper is supposed to represent. The idea is that students can form sentences with little or no meaning but which will be grammatically correct.

( From past experience many of my students have successfully completed the first half of this task without the help of any pieces of paper bearing a French moniker. 50% success guaranteed without any additional work begs the question ‘Were Cuisinaire rods created solely for the purpose of getting out of doing some real work?' )

An example of sentence structure produced using this method can be seen in the title of Yvonne Stapp's aforementioned research article.

The University of Aizu, Japan, is not only the ninth best known university in the whole of Aizu Prefecture -it is also home to Stephen G. Lambacher who managed to wheedle some cash out of his faculty to pay for a study into ‘Cross-language study of nasal sounds'. Would I be alone in thinking that, when asked their opinions on the subject, most students from diverse cultures, produced the same nasal sound ‘Zzzzzzzzzzzzzzz".

Bishop's University in Quebec had to try to decide what to devote a year's research budget to. They came up with the idea of "Dedicating our research to the concept of putting a Quebec ESL Humour Site up on the Internet". Having first hand experience of the wacky Canadian sense of humour I can only surmise that the researchers decided to aim low and shoot low. Why not? 100% success is virtually guaranteed. However it wasn't all plain sailing as excerpts from the research paper show - "Some of the many different questions we asked ourselves about this topic touched on whether there is an actual need for such a site." Isn't it amazing how reality takes a back seat when the prospect of pissing your time away for a couple of semester's rears it's head. Is there a need? Sure it's what the world's been missing. One of the things that I often hear remarked upon is the lack of Quebec based Canadian humour that's readily available on the net.

Before you start, I know Bill Hicks was Canadian, unfortunately he's both dead and not involved in the Bishop's University's project. Even Bill, in the years prior to his demise, would have difficulty in answering the question that obviously tormented the researchers whilst they were receiving their monthly grant cheques - "How can we, as teachers, tickle students funny bone and also meet the sometimes dry objectives set out for us by the Quebec Education Minister?" And with that weighty question preying on your minds - I'll leave you for this week. Something's just caught my eye "The Secret of the Shao-Lin Monk: Contribution to an intellectual framework for language-learning" by Andrew and Ania Lian, is calling me. 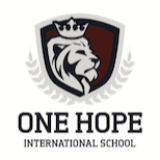