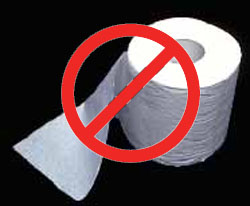 A disgruntled foreign teacher recently logged onto an EFL forum and posted a list of twenty-five 'problems' that existed at his current school. It was a very well-written list and I have no doubt that most of the entries are true and can probably be verified. The overall message to any new teacher thinking of working at this school was simply DON'T.

The list got me thinking. I thought back to the longest teaching job I've ever had in Thailand - the five years at ELS in the mid-90s. Armed with pen and paper, I set about compiling a list of the 25 things that really used to bug me. Here they are in no particular order,

1) The school's key-holder sometimes arrived late leaving a group of teachers, eager to prepare their morning lessons, standing outside in the hot sun.
2) Important issues were raised at meetings but little was ever resolved.
3) It was easier to take the receptionist's virginity than it was to get a new board marker off her.
4) There were some appalling management hires.
5) Many of the teachers had no qualifications or experience and were constantly asking the more experienced teachers for guidance. They became 'time thieves'.
6) The maid often failed to wash up the coffee cups.
7) The maid sometimes forgot to buy coffee.
8) The air-conditioning in most classrooms was ancient and frequently broke down.
9) The school allowed students to take TOEFL prep courses when they clearly weren't good enough.
10) We only had one decent-sized classroom.
11) There was nowhere to have a smoke.
12) The teachers shared toilets with students.
13) The elevator never worked and teachers often had to climb five flights of stairs to get to their lesson.
14) Teachers had to do evening classes where students showed up tired or didn't show up at all.
15) The photocopier frequently ran out of ink.
16) The reception staff were bone idle and often forgot to pass on important messages.
17) On the day you wanted to use the solitary TV set, four other teachers wanted to use it as well.
18) The school smelled of cheap disinfectant.
19) Pay was sometimes late as the school encountered cash-flow problems.
20) The conversation classes were filled with mixed level students because no one got turned away.
21) The listening equipment in the sound lab was pre-war.
22) There were frequent power-cuts.
23) There was a teacher sign-in book to record the time you arrived and left. Many teachers found this a little degrading.
24) The breaks between lessons weren't long enough.
25) We sometimes ran out of A4 paper.

Henry Holmes writes about the notion of not letting these things get to you in his excellent book 'Working With the Thais'. Much of the book is a little dated but certain sections are still as relevant today. He calls it the 'perception barrier'

"A European lady moves to Bangkok. At first she's appalled by the trash she sees on the road near her apartment. For some time she can't help looking at it as she walks along. And then one day, by accident, her eyes drift upward and she notices there are beautiful, multi-colored bougainvillea billowing over some walls in the neighborhood. From now on, it's going to be a question of where she rests her eyes during these walks. This decision will to some extent affect her morale, vis-a-vis her stay in Thailand"

A lot of the problems in my list of 25 really used to bother me. It took me a long time to realize that you will invariably never change things so you may as well just get on with it. But the photocopier breaking down, the lack of storage lockers, and the meeting that gets cancelled at the last minute are not enough to recommend other teachers give the school a wide berth. This is not about being pro-teacher or pro-employer, it's about realizing that sometimes you just have to go with the flow.

I remember a female teacher weeping loudly in the teachers room because her whole lesson relied on flashcards that needed to be cut out in readiness for the next class. Ten minutes before the lesson is due to start and she can't find the staffroom scissors. Either one of the teachers had taken and not returned them or one of the 'bitches from hell' (a term she used for the office girls downstairs) had 'stolen' them. "What am I going to do?" she howled through strands of saliva and snot.
One of her colleagues looked up from his paperwork and said "why not do something else?"

Having taught just this past year at a public school in Huay Kwang I can verify that many of these kinds of things do happen and its just best (though often admittedly not easy) to find an alternative method to achieving the goal you have in hand. I can give a very recent example that just occured at the end of the school year. I had helped the head teacher of the English language department (a very nice and quite responsible woman) with something on one of the office's desktop computers and when we'd tried to print out the results the ink was low in the office printer and we couldn't get a copy. She was frustrated and said that she was going to get the ink renewed right away so that she or any of the other teachers in our office wouldn't have the same thing happen again.

About a week later during final exams, I needed to print some song lyrics out to read to a couple of my students for listening tests. After getting them written out in Microsoft Word, I sent them to the printer only to have pages streaked with faint grey lines come out because the printer ink had not yet been renewed. I was meeting with my students in five minutes and so didn't even have time to write out the lyrics to speak to them. So, presto, now the students sat in the teacher's office and listened to the song played through the desktop's speakers for their listening test, which, though not an ideal testing environment (our office houses eight teachers and a constant ebb and flow of countless, noisy students) was an acceptaable alternative given the situation.

The head teacher, as I said, is a nice woman and a responsible professional and this did help the situation as I knew she hadn't been careless, but probably had just forgotten with all the things she has to do. So it would have suceeded only in creating negative feelings between us, and perhaps myself and the other Thai teachers as well, for me to confront her over why the printer task hadn't been completed, and I am a big believer in the importance of a positive emotional atmosphere in the place where you spend so much of every weekday. Although it was bit hectic the way it happened, all got completed in the end and because I did not make an issue out of it good feelings still abound in our office now and for use the next time (and there will be a next time) such challenging circumstances arise.