I have been doing it for years and it is probably the most fun you can have with your clothes on. By working in Asia as a retired Canadian teacher you are invariably well respected and treated as a true professional with knowledge to spare while making enough to live well.

I have lived and worked in Bangkok, Singapore, Ho Chi Minh City and had the opportunity to travel throughout South East Asia during holidays. You can read more about the types of experiences you will encounter abroad in my latest novel, published by FriesenPress, entitled 'It All Started in Mandalay'.

A tale of four teachers

In my novel, I chose to create a composite account of four teachers and the owner of an international school in Mandalay.

The reader will follow their stories for twenty years as they became intertwined with each other in so many ways. Although the book is a work of fiction, I developed the story, the characters and their adventures using inspiration from my own experiences.

When my wife read the book, she immediately told me that "no one would believe this stuff. It is way too unrealistic. Everyone knows these things don't really happen!" I was writing for public consumption so let's just say that more than a few of my stories were censored but they are all inspired by true events.

When I wrote the book I had to carefully choose which stories to weave into a novel since there were so many of them to choose from. After developing the characters and general layout of the story, I had to start omitting stories. It was a difficult process since there are so many.

Some of the stories that did not make the cut: the drug dealer who was using the school computers to advertise and was eventually escorted out of the school in handcuffs, the teacher who threw a transvestite out a hotel window in Thailand when he discovered she had body parts he did not anticipate or the teacher who used to swim miles alone each night in the Pacific Ocean.

Literally, when I was on the computer one night, inventing the birth of an illegitimate child that ties the book together, a former teacher of mine saw I was on Skype and dropped in to say hello. She then proceeded to tell me her story.

She told me she had always wanted a child and fell in love with a French guy. She travelled to Paris to be with him, discovered they could not live together and returned home to the United States. When she was home she discovered she was pregnant.

Struggling to determine how her life would play out, she decided to have the child alone. From what I gather both mother and baby are terrifically happy.

What made this story so unbelievable is that at that very moment when she told me her story, I was writing the fictional account of an unwed mother, trying to convey a story that this friend of mine so naturally told. I did my best to mirror the reality of this woman's experience but as I quickly learned, literature pales in comparison to real life drama.

The lure of Asia

The book touches on all of the themes you will encounter when you work in Asia.

Living in Asia, you will learn so much about Asian culture and how it differs dramatically from our society in North American. As a teacher, you quickly learn the differences between the Confucian Model of Education versus the Socratic Method.

Meeting friends from all over the world, you cannot leave without learning so much more about yourself.

What makes this book different, I think, is that we see international schools from the inside out, or from the teachers' point of view. Because the book is centred in Myanmar, I tried to describe what I saw and experienced in that amazing and exotic country that I would advise you all visit.

Information about the book and how to order. 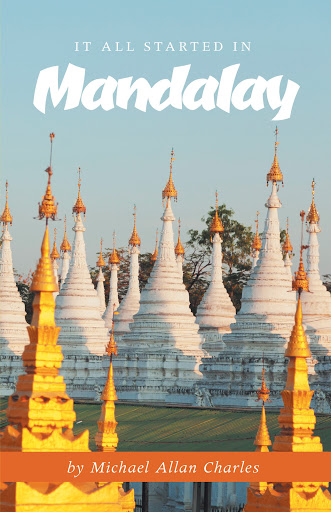