By 2020, English is projected to be spoken at some level by some 2 billion people worldwide-roughly a quarter of the world's population. Today when English is used, the vast majority are non-native speakers (over 1 billion people). It's become almost everyone's second language.

This is no more true than in business.

Over 80% of academic journals are written entirely in English. An estimated 85% of international organizations use English as one of their working languages.

However, despite the ever-increasing prevalence of English in the workplace, there has been relatively little in-depth research into the English language skills required by employers in different industries and countries around the world.

What level of English do employers need? Are there English language skills gaps? Do employees with a higher level of English receive enhanced benefits? How do different countries and industries compare?

Cambridge English, in collaboration with QS, have researched the first global overview of English language skills at work. Their findings are based on data from over 5,300 employers in 38 countries.

Their English at Work Survey shows that English language skills are important for over 95% of employers in many countries and territories where English is not an official language. Analysis of responses from these employers showed:

1) In every industry, there is a gap between the English language skills required at work and the English skills that employees have.
2) Across all company sizes there is at least a 40% skills gap.
3) Around half of all employers offer a better starting package to applicants with good English language skills, which can also lead to faster progression through job grades and higher salary increases (in countries and territories where English is not an official language). 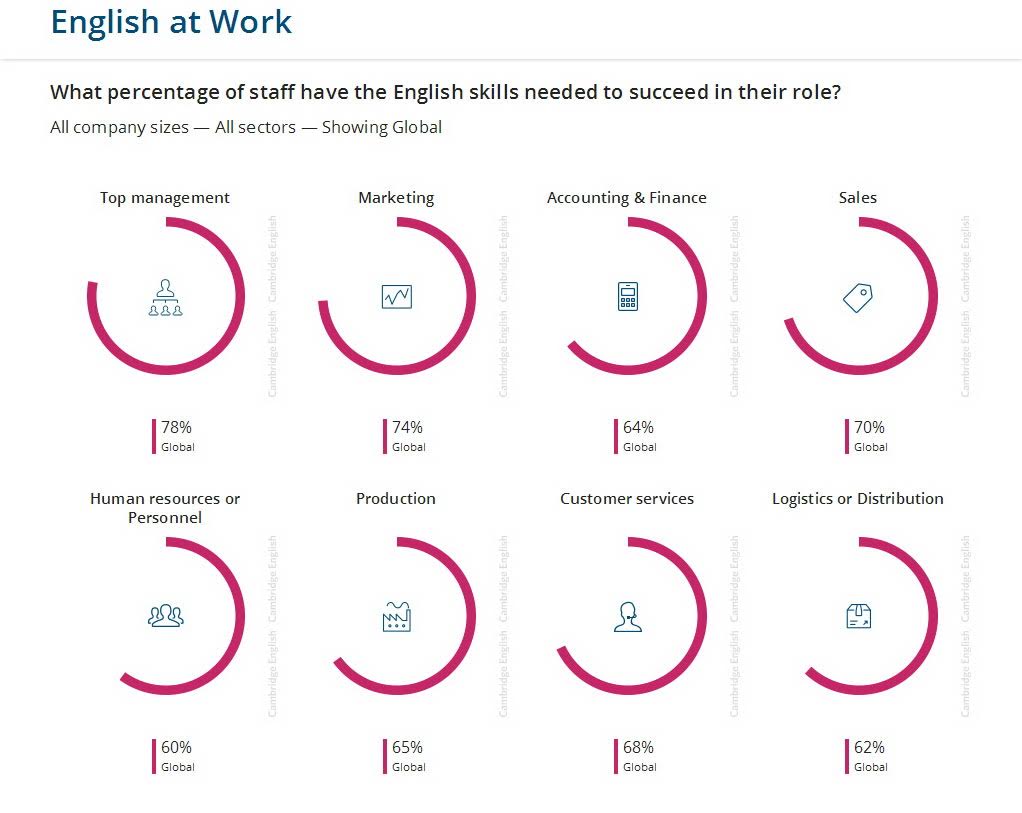 What Skills Do Companies Want?

While employers say it is important to have some proficiency in all four language skills (reading, writing, speaking and listening), there are some clear preferences.

The most important language skill cited is reading (in 12 industries), followed by speaking (in eight industries). 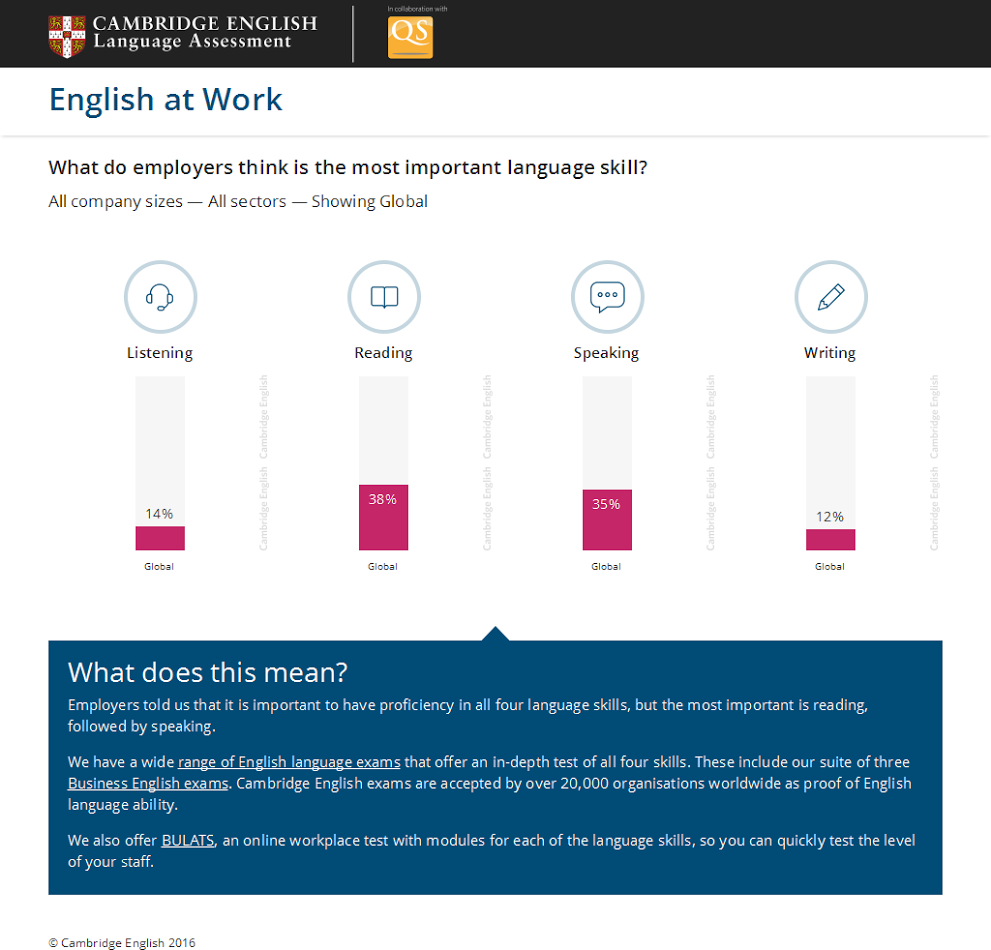 In 2010, Rakuten's CEO Hiroshi Mikitani, mandated that English would be the company's official language - a change that effected some 7,100 Japanese employees. His goal was to make Rakuten a top internet services company.

Today the "English mandate" has allowed Rakuten to create a powerful organization. Three out of the six senior executives in the engineering organization aren't Japanese as the company aggressively seeks the best talent from around the globe.

Half of Rakuten's Japanese employees can now adequately engage in English communications and 25% of them communicate in English to foreign partners and subsidiaries on a regular basis.

98.5% of employers have at least one method of assessing English language competency. The most common method is to interview applicants in English. In addition, over a quarter of all employers use an external English language test created by experts. 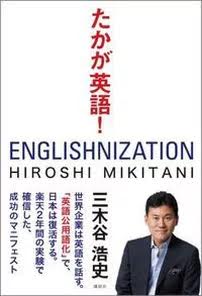 You can download an executive summary or the full report of the English at Work survey at the bottom of this page.

Kevin Cullen is the Jobs Coach at Vantage TEFL Certification.