The insured had had his health insurance for nearly 2 years when he suddenly keeled over from a heart attack and ended up in the hospital.

Once the insurance company received his doctor's report and checked his medical history, though, they refused to pay his hospital bill, cancelled his insurance coverage and then gave him back the 2 years of premiums he had paid. They also wrote him a letter detailing why they had rejected his claim and cancelled his policy.

They rejected his claim because when he filled out his application to get the insurance he neglected to mention that he had been told by a doctor nearly a year earlier that he had high blood pressure. This kind of omission makes insurance companies quite upset...

Believing that he could justify this omission to the insurance company and thereby get them to pay his hospital bill, he sent them back a point by point letter of explanation. In his letter, he tried to provide a detailed rebuttal for every point they had brought out in their letter of rejection to him. When they didn't reply back to him, he contacted me and asked me to intercede with them on his behalf. He also provided me with a copy of their letter of rejection and his reply to it.

Once I read the letter from the insurance company, I fully understood why his claim had been rejected and his coverage cancelled. And, after having read his reply to them, I realized that he had absolutely no understanding of high blood pressure and how it could have been the cause of his heart attack.

His rationalization for not mentioning the doctor's high blood pressure reading was that he didn't really believe the doctor that tested him and he didn't trust the hospital where he was tested.. Just to be safe, though, he did borrow a blood pressure meter and started testing himself at home (the readings always came out Normal, he said)

Could that be true? No not at all.

High blood pressure (hypertension) is a chronic disease that slowly constricts or shrinks the blood vessels in a person's body over a long period of time. No one knows for sure what causes the problem to start, but heavy cigarette smoking and obesity are some of the things that can help to speed up this shrinking process. As the blood vessels and arteries continue to shrink, they restrict the flow of blood through the heart, eventually causing the heart to stop pumping

Insurance companies do make mistakes occasionally, though. The insured should have checked with his treating physician first to determine if there was a possibility of this being true in his case before he sent his letter of rebuttal to the insurance company.

(In last month's blog, it was the doctor who convinced the insurance company that the insured's heart attack had nothing to do with his history of high blood pressure. That was because the insured kept his blood pressure under control and had regular check ups.)

For more information on healthcare and medical insurance in Thailand, please feel free to reach out to Pacific Prime Thailand Insurance Brokers, or email Walter directly at walter@pacificprime.com 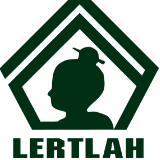 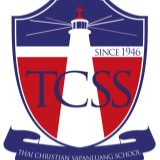