(Please note that this story is fictional)

A symmetrically proportioned plot of land, a rai of self-sown wild green grass with a solitary sprawling golden shower tree in the far right-hand corner at the back.  Overlooked by some reasonably attractive mountains, and surrounded on three sides by mature mango groves - with an adequate main road at its front.

Annually, here and there - approximately 300 days of brilliant sunshine, combined with a mild inoffensive monsoon - a compatible tropical climate. A cool and almost constant breeze generating from the Andaman Sea.

Located a fifteen-minute drive from the historical costal railway town of Hua Hin, and about half that distance from the sandy beach and salty sea. To put you in the frame there are two and a half rai to the acre, so a rai is about two fifths of an acre. A good-sized lot, In the UK they build five, four-bedroom houses on less!

For just under a million baht, even with a limping pathetically weak pound, that's a meagre twenty-two thousand pounds. That wouldn't get you an allotment (vegetable patch) in my home town, Hull in Lincolnshire. Former World's strongest man Geoff Capes would be turning green if he knew and possibly advertising a well-known sweetcorn.

Nahm and her parents

Within the next few sun shiny months, whenever the house has been completed on the plot, my girlfriend and I will be taking our Buddhist vows. Her nickname's Nahm (water) and she's a local girl whose family have lived here since just after World War Two.

Nahm's great grandparents came over from China to carve out a new life for themselves. It couldn't have been easy they literally came to do the lowest forms of work, those occupations that the Thais didn't fancy doing. Pretty much the same then, as the Burmese, Laotians, and Cambodians who are in Thailand, do now - low paid immigrants. The couple dug ditches, mucked out farm animals, and survived on a diet of red grain rice, the least nutritious, the one the government gives to prisoners here today.

Somehow out of subsistent wages the tight-fisted twosome manages to save, initially as little as a few baht a month. Finally, after many years of sleeping rough on the beach the industrious pair had acquired enough to obtain their own small field to sleep in, and build a modest shelter out of bamboo. For the first two years this undaunted duo slept directly on the ground, until the patient partners could afford to purchase some form of floor boarding.

Seventy or so odd years on, the present generation have done alright, with a small farm and a few basic renter homes a short stroll from their forefather's mattress - the beach. They aren't rich, still the family are comfortable middle-class. They're typical Chinese-Thai - hardworking, enterprising, frugal, proud, and strictly loyal to their own and only their own. It's reckoned that today, the Chinese-Thais own as much 70 percent of the entire country.

Nahm's the girl for me

Nahm isn't a looker. I wouldn't have wanted a girl who was. She's very down to earth, grounded, her expectations of life remain reasonable. She wouldn't mind having a child but feels two children would be one too many on our salaries. I'm a teacher at Hua Hin's so called international school. It isn't affiliated with a school in a western country.

Nahm is the youngest ward sister at the San Paolo Hospital. My friend was an inpatient on her ward after his appendix burst. I went to visit him on three consecutive afternoons, yet he knew I was only there on a pretext. I had to ask her out three times before she'd accept and only then if her brother could chaperone.

Nahm believes men are stronger than women and it's a man's place to make the decisions. That suits me just fine, I've always wanted a girl who was happy to toe the line. Even though Nahm's almost twenty-seven years of age, I'm her first real boyfriend and that's something else I like about her. Who said it's the one's that resist that we most want to kiss. For me the sexiest part of a woman's body is undoubtedly her face. Nahm doesn't laugh all that often, though when she does, she lights up the town - she literally beams. To me she's just what an English girl isn't and she's exactly what I was looking for when I came out here.

I've been in contact with a capable and reliable builder with the help of my future father-in-law who can speak a little English. His quote is 13,000 baht a square meter to get the roof on, sanitary ware and kitchen units will be extra. The bungalow will consist of two bedrooms, one en-suite, the main bathroom, a kitchen, and a decent sized living/dining room. It will be 150 square meters including a carport, and should work out at 2,200,000 baht; 50,000 pounds.

Admittedly the quality of the building will be substandard compared to the UK's. To start with it'll only be one wall thick, concrete institute of reinforced steel and the integral parts of the wall will only be rendered the same as the external parts. In Thailand they call this 90 percent build and its basically on a par with Spanish and Portuguese villas. Homes in hot climates don't require the same insulation and durability that houses in harsher climates require.

Of course, it doesn't stop there. We'll need to furnish our abode. spend some cash on the garden, a few more trees to start and a surrounding wall. Also we are going to have a well excavated and install a pump that'll be man enough to supply the bungalow. Another extra is four large solar panels, which will hopefully in time make us self-sufficient for electricity as well.

To begin with we have to go on to the government's grid, there's a process of elimination and some give and take, it'll take a few years. Namh's parents are paying for all the aforementioned extras instead of providing the land - which is either a Chinese or a recent family tradition. These extras come to the approximately half the value of the plot I bought.

However, I didn't want to have a home built on land that'd been the in-laws it wouldn't have felt as if it were ever mine. The family weren't too happy with this, it's been our only head to head nonetheless I forced my heels in deep with respect and point-blank refused.

One other plus is that there's no property tax in Thailand on property under fifty million baht. That's about eleven hundred thousand pounds so no fears for me there either.

I finished teaching at my school at four o'clock this afternoon. Then rode my motorcycle from Hua Hin in the blazing sunshine down a long straight section of the Petchkasem Road - past homes, shops, malls, hotels, resorts, theme parks, condominiums, amidst a constant avenue of swaying palm trees - here to Cha Am beach.

Right now, I'm relaxing with a large milky carton of coffee, a copy of the Nation (English language newspaper) sitting on a blue and orange stripped deckchair under a bunched-up group of multi-pastel coloured umbrellas.

After a relatively hard day's teaching, my grade 5's can be quite demanding - 'they hath run me ragged, once again'. They always have more questions than I have answers.

I like to take off my shoes off and dig my feet deep into the soft sand, where it is cooler and damp. I come here most days at around this time to watch and to listen to the uninterrupted movements of the sea and feel it's refreshing breeze - it's the perfect way to unwind.

Yesterday September 5, was Nahm's birthday, although she'd already told me not to get her anything as she wants me to save my baht for our home. All the same, I insisted that I would take her for an expensive meal if we could find a residing restaurant that would charge us more than 500 baht (£12), all joking apart we could never have eaten that much food.

Yesterday evening, we went to Water Lotus 3, a lakeside restaurant a few kilometres from each of our homes - a central position. It was a typical warm relaxed shadowy evening with a soothing breeze rippling the freshwater and rustling the elegant tall trees around its margins. We sat on antique wooden seats enclosed within a traditional antique wooden sala (Thai style gazebo) hidden from the glare of a depleting moon.

We spoke about our future, our plans, our intentions and as we did so, we copped small needed pieces of bread into the gawping mouths of huge tubtim (freshwater fish.) Nahm was comically imitating the fish, pulling faces, pretending to swim and jump to catch bread. Then she began squeezing each side of my face with the tips of her fingers and thumbs to give me a fish face while teaching me how to pronounce the Thai word for fish, 'plaa' - the inexhaustible fun loving  Thai people.

We ordered a buffet selection of tom yam gung (prawns, straw mushrooms, lemongrass, ginger, and kaffir, in a rich creamy sauce) Nahm's favourite dish. A Thai omelette, fried chicken wings, vegetables in oyster sauce and steamed rice - Nahm drank iced water and I had a small bottle of beer Loa. There'd been enough change back out of a 500 baht note to pause and get some gasohol for my motorcycle on the short round trip to our homes.

Here on the sand, drifting between scanning articles, sipping dairy diluted caffeine and recalling the events of the previous night. Whenever I'd looked at Nahm she had been smiling all over her lovely face, wearing a pure white simple silk sarong contrasting with her soft subtly tanned skin, iridescent beneath the lantern lights and I honestly wondered to myself just how I'd come to be here - in this blissful situation.

Very touching article. Thanks for contributing this. Glad you're in such a happy place. 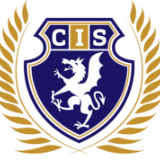