Want to get rich quick? - open a private college and offer a master's degree program. Although, if you haven't already realized this then you're probably too late. At the last count there were around 190 MBA programs at Thai universities, all purporting to be ‘International' variety. In the majority of cases this can be read as the students having to endure on variety of subjects lectures in bad English given by a host of dubiously qualified teachers from various nations.

Your average Thai student is in a no-win situation. No matter what there feelings or opinions of such a course they have to take it providing they, or rather their family have the money. Why? Since the baht headed south in '97 the demand for graduates has pretty much dried up and now even your average Rajabhat student realizes that unless they possess a minimum of an MBA it's nigh on impossible even to land a tea boy's position that pays over 10K per month.

The businessmen who run private colleges have sussed that education is a can't lose concept. Nobody would argue that becoming more educated is not a good thing. The well-educated possess an asset that will never expire or fluctuate in value. (That is, until your memory becomes akin to a collander and your thoughts become more focused on the availability of adult diapers than the merits of Keynesian theories.)

Mark Twain is quoted as saying "I have never let my schooling interfere with my education.", deep stuff indeed - and just as relevant today as whenever it was he is supposed to have said it. His point was that there are other ways to learn and that sitting in the classroom 8 months a year until your mid twenties doesn't necessarily equate to becoming an educated adult. This in turn doesn't equate to becoming immediately desirable to employers. Could this be something for today's Bachelor degree students to remember when they apply for one of the 190 paths that they believe will lead to drooling HR managers offering hitherto undreamed of salaries?

In reality education's all a game - as is everything else in the Kingdom,- not a particularly fun one, but one where, providing you follow a simple strategy, you will always win. Once you're in the uni of your choice you simply take courses designated as either ‘Pass/Fail' and avoid challenging yourself by undertaking a course which your group deem too tricky to guarantee a ‘Pass'. Doing well at university is more a matter of patience than intelligence. Most students would agree that when you make the effort, getting above average good grades is a relatively easy task. The hard part is having the patience to do the work - the people who can stick it out win the prize.

Automatically, immediately following your Bachelor's the young Bangkokian's thoughts turn to a Master's - for no other reason than you've been brainwashed into believing that it's "a good thing to have". Hey, forget Nokia 8810s, a Master's is the accessory of choice for today's unemployable alumni.

True for some, the best & brightest will reap the rewards that come from a prestigious Sasin Institute Master's degree but all the future office clerks and secretaries who are deluding themselves by believing that this is a guaranteed escape route from mediocrity will be left pondering the wisdom of their choice when the dust settles and their bank account has been bled dry.

Those who most fervently encourage young people to go for the second degree are often the one's who have the most to gain - the colleges themselves - or associates of the owners. By telling you that you can't succeed without it, they're simply talking up their own investment. If too many people become successful without going to college, then a couple of years' overpriced study will suddenly appear to be less prestigious, less marketable and ultimately less valuable.

20 years ago a Bachelors degree was enough to guarantee a decent job. In the last 5 years the ante has been upped and a Masters was what was required in order to leap straight into a deputy assistant supervisors position. And in the future? Coming soon - you'll see ads for clerical positions that require Doctorates.

What's the alternative - there isn't one until companies have a change of heart and realize that an applicant that is willing to work hard, had a modicum of common sense, can organize themselves with out being spoon fed and can answer the phone in such a manner as to not dissuade the caller from ever ringing again, could do the job equally as well as someone who has been locked in an academic fake ivory tower until their mid-twenties. 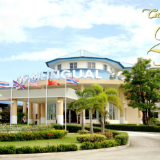