There's a thread raging on Ajarn Forum right now from a couple of posters who think that the number of low-paying jobs is the fault of the carrier of the adverts, Ajarn.com

I've been taking part in the discussion, and have taken the stance that Ajarn is absolutley not responsible for the salary levels in Thailand and merely acts as a carrier of those ads in the same way that the Bangkok Post carries ads and is not responsible for those companies' activities. Of course I'd like to see salaries rising in Thailand, but I'm a realist. Banning jobs that pay under 40k a month is just ridiculous, and completely ignores a number of factors that might make such a job quite acceptable to many people.

Of course working for 40 hours a week for 20k baht is a joke, but is working for 10 hours a week for this salary more paletable if you could come and go as you pleased and work overtime or privately. A blanket ban based on salary bracket alone is not the way to go. Another suggestion was to put all jobs below this salary level into a "trash bin". I'm not sure what schools other people work for, but I know for a fact that if mine discovered that it was being labelled as trash, it would soon withdraw it's ads in outrage. It wouldn't increase salaries, but would instead find another website that treated it with a little respect.

The view being taken is that making Ajarn.com jobs more exclusive would increase salaries throughout Thailand, whereas the opposite is true, it would merely be sweeping things under the carpet. No, it is not Ajarn.com's job to force salary rises in Thailand, rather it is the job of market forces, and individuals to influence those who actually make decisions about foreign teachers' salaries. To illustrate a very pertinant example, I give you Songkhla.

Three years ago when I arrived at the Wor Zone I was offered the full-time salary of 25k baht. A year later it had risen to 28k, and two years later the school was offering a starting salary of 30k. Why? Because it's an employee's market. There are more jobs than teachers, and salaries are offered to tempt those few that are here that one place is better than others. It also goes without saying that once salaries are raised it's very difficult for schools to lower them lest they want to appear a laughing stock by other schools. Meanwhile across town other schools are offering 32k, and we still can't compete, but thats all good as it's something to push for next year.

It's informal networks of recruiting teachers having a quiet word here and there that are influencing school admins, not pressure or bans from classified ads sites whose role it is simply to reflect market reality, and include the occaisional editorial opinion that analyses the impact that certain salaries have on lifestyle, which Phil at Ajarn.com does and I'm sure will continue to do, but placing restrictions based on a simple salary level cutoff would do nothing but destroy Ajarn's well-earned reputation of carrying the most comprehensive selection of jobs in Thailand - a fact acknowleged by both Thai and Farrang alike.

Hmmm that is an interesting topic for me, because I was thinking the same thing while I was cheking salaries in BKK.

I believe this is not because of ajarn.com but it is the GREAT population of farangs in Thailand. 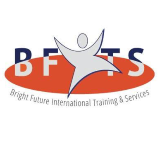