My name's Adrian and I'd like to share my story for other people to learn from my mistakes.

I decided to move to Thailand in 2016, after I proposed to my girlfriend and she accepted. We both worked for a reputable airline in the Middle East earning more than 3000-4000$ each as cabin crew. After a series of events that led to her dismissal from the company due to company policy of cabin crew not being allowed to get married we decided to move to Bangkok.

I was skeptical at first, not being fond of letting go of my friends, huge salary and the quality of life I got used to over the years, not to mention moving to the other side of the world, far away from my family, however the feelings of love had won me over. I come from Eastern Europe where life is hard and moving to Asia seemed like a better alternative than to bring over my beloved, where she would probably had to endure worse conditions than in Thailand.

The first six months were difficult for me, I couldn't find a job, foreigners are limited to only a certain type of work and mostly in the education system, however she had already managed to find work in the meantime so things were not so bad.

We lived in her small condo in Chaengwatthana which is quite far from the city. After 6 months i managed to get a job as a swimming instructor with a local company. The pay was average but we managed to raise together 90,000 per month. Of course most of the income came from her side as mine wasn't much. One year later we decided to buy a house in Nonthaburi, she chose the location. I wasn't that fond of the area as there was nothing there for me except that it was close to work. It was hard to find friends, living among Thais all day long is not easy. Not many people speak English there and I was kind of forced to learn Thai.

As time went by I felt as I was losing myself more and more, I hadn't made any new friends here, my social life was missing and I felt I was wasting my potential by coming here. I always had this voice in the back of my head, "am I doing the right thing?" but again love prevailed and I just pushed the thought aside.

Fast forward two years later, I had been in Thailand for 2 years without going home at all and it was all starting to get to me. It was all like a dream, I had a beautiful wife, we had a great house,I had bought a motorcycle in the meantime to get to work easier and my wife had her old car and we even got a cat, however I felt there was something not right. I had given away my airline career, friends and family to be with her. We had a house of which I was not the owner, except I paid for it every month ( we bought it on credit on my wife's name and we split the bills), I was living in a country that didn't have any laws to protect me as a foreigner and no prospect for the future, not to mention no pension plan ( we still took care of her parents as is usual in Thailand). Was it all worth it? Just for love? It shall soon be revealed.

In 2018 around the end of the year, after a few months after she had changed her job, things started taking a dark turn. She had met someone at work and I found out she was cheating on me. Of course my whole world crumbled to dust. Why did I do such a stupid thing to let everything go just for the sake of love? She wasn't my first girlfriend, I had had plenty before but no one as special as her I guess and I was the type to go all in when it came to marriage.

In December 2018 we divorced as she chose to stay with the other guy and let him move into our house (I had moved out in the meantime).

It's now the middle of 2019 and I'm getting ready to leave Thailand for good after settling all my affairs and my question to you is "Do you know what you're doing?" I had learned the hard way what it means to take a leap of faith and fall so please don't do it. I'm sure there are other people who had it worse than me but I learned a valuable lesson. If your gut is telling you there's something quite not right about moving to a country like Thailand even when everything is going great, then you'd better listen before it's too late. Take it as a warning or disregard it completely, maybe you're luckier than me.

Don't get married in Thailand, it's just a fake dream, get out while you can. There are no laws to protect you here, you can't own land, salaries in the education system haven't changed in the last 25 years and your opportunities are limited. There is a reason they say Thailand is for Thais only!

My name is Adrian, I am now 31 years old and I'm going back to Europe. Good luck to you all. 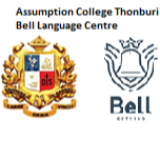